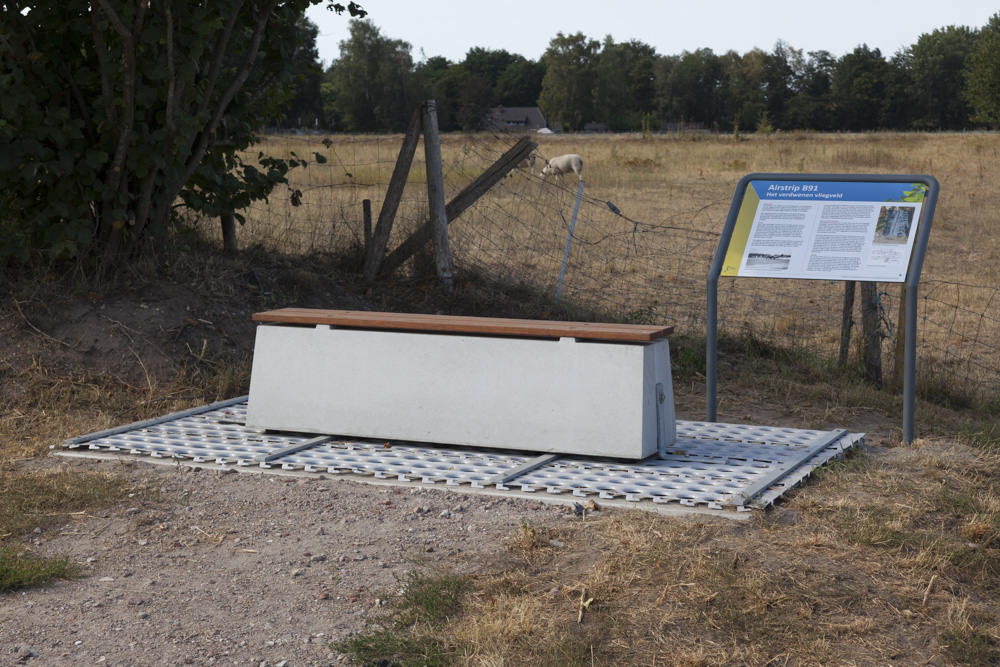 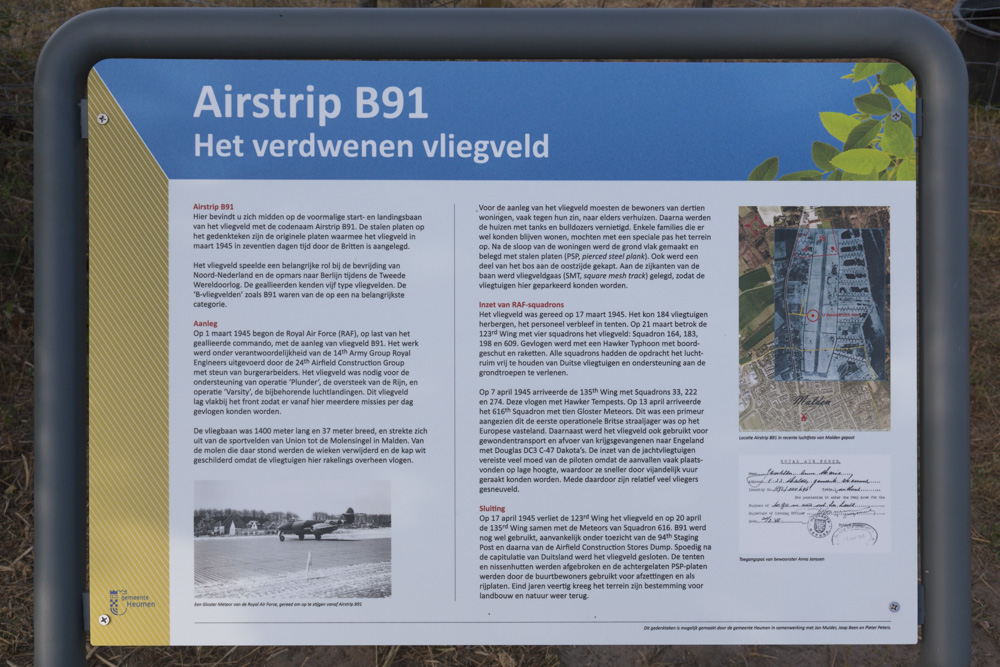 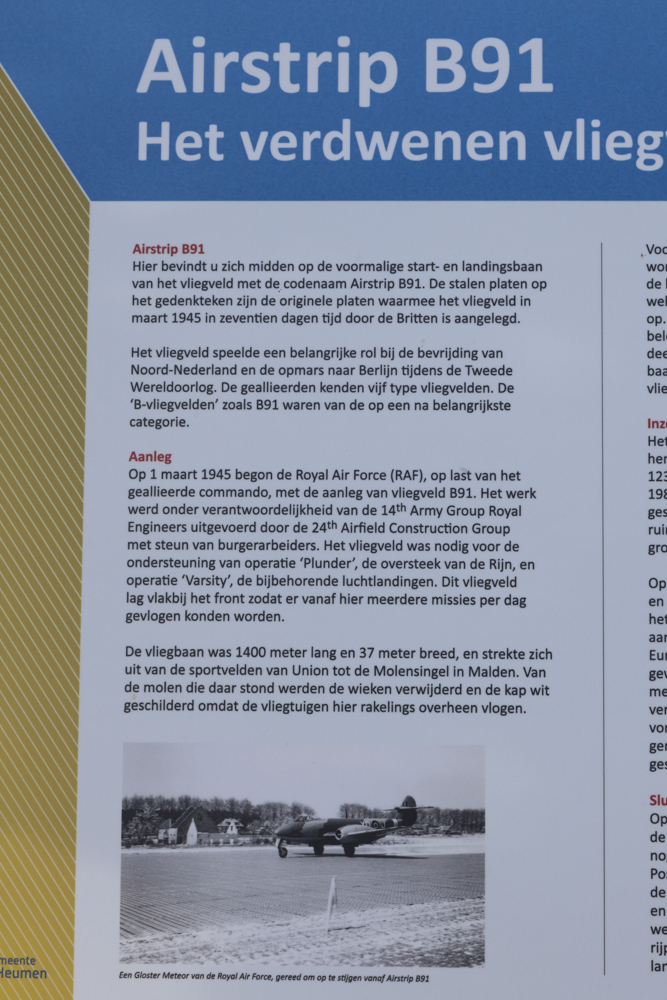 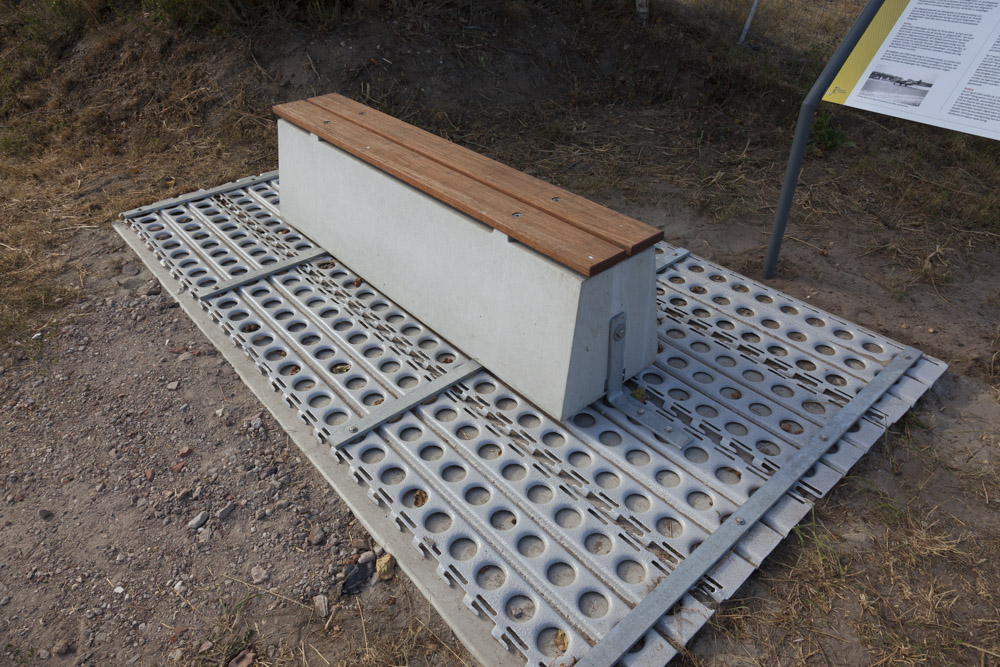 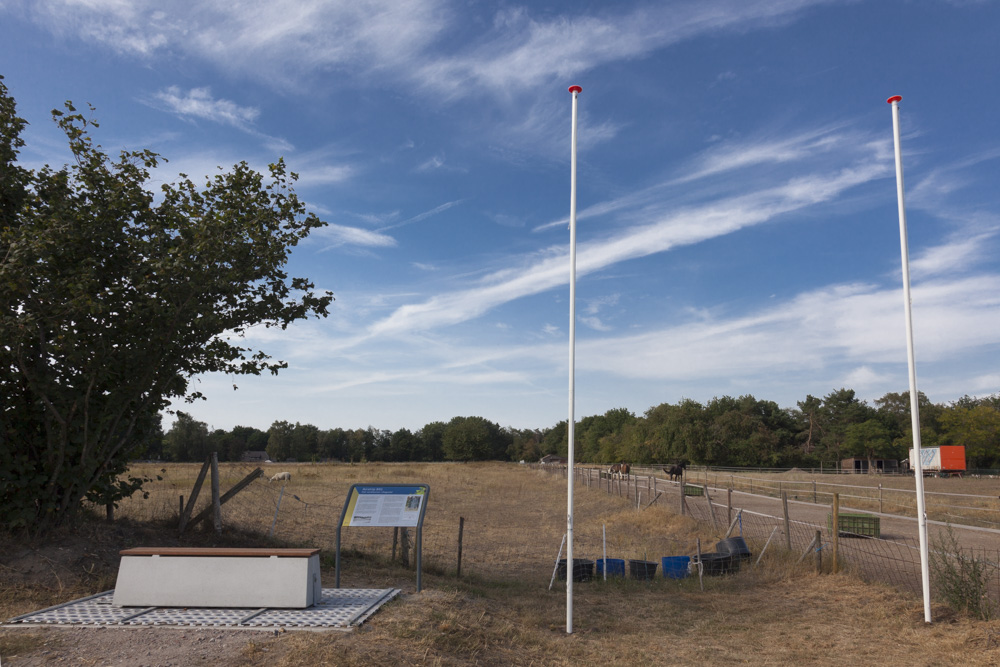 During World War Two a temporary airfield was located here. Shortly after Operation Market a small air strip was created for reconnaisance aircraft. On 17 March 1945 the enlarged airfield B.91 Kluis was first used by the RAF. 123 Wing occupied the airfield with their Hawker Typhoons. Later also Hawker Tempests and Gloster Meteor were based here. After the liberation the airfield was no longer in use.

Local people started to collect and use the Pierced Steel Planking (PSP). The bench is based on a couple of them.