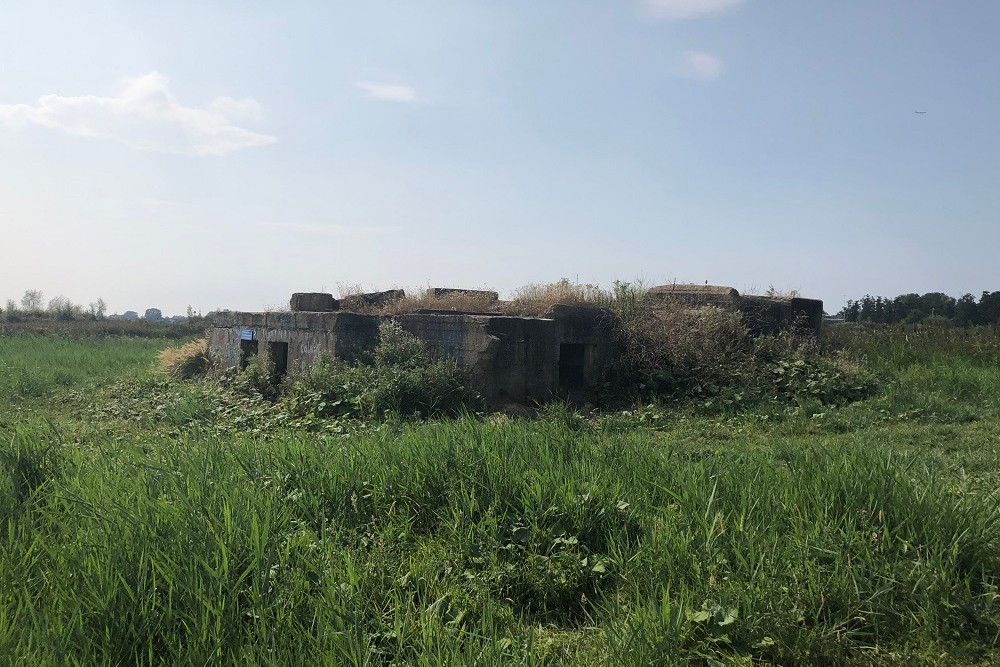 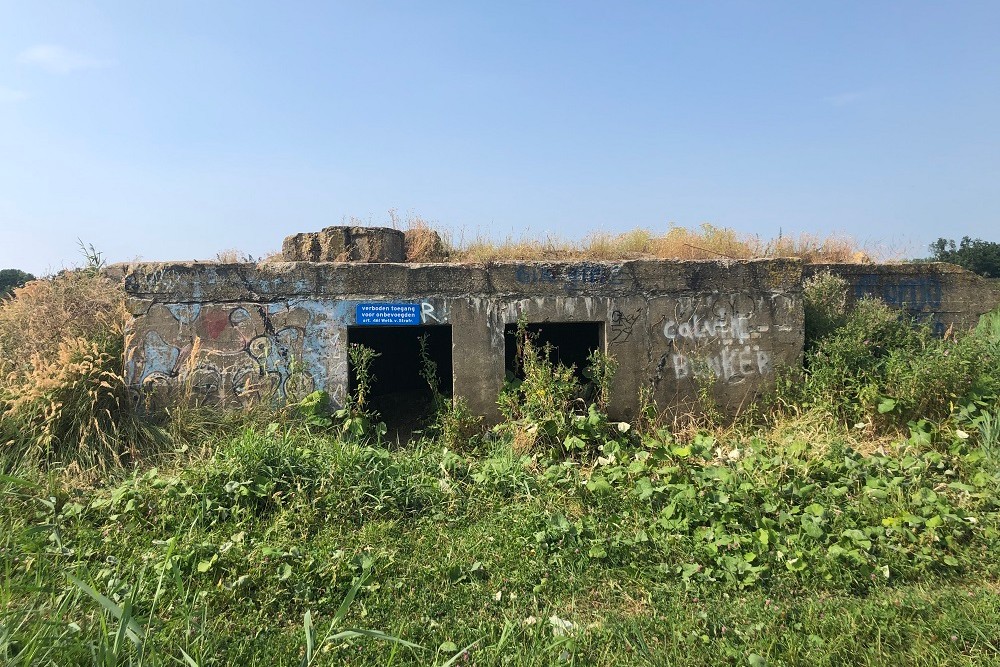 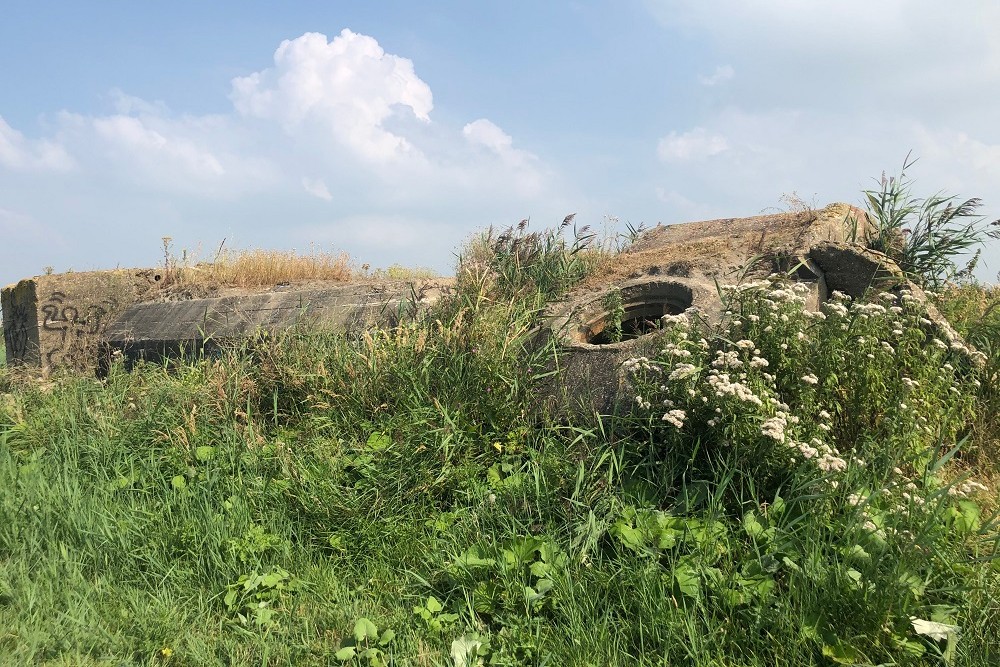 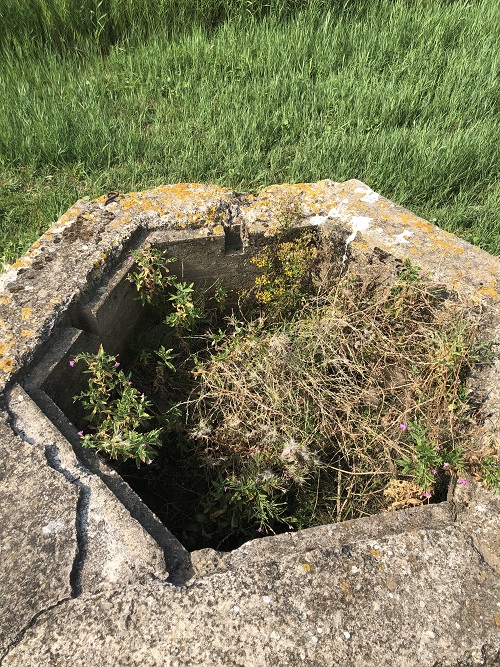 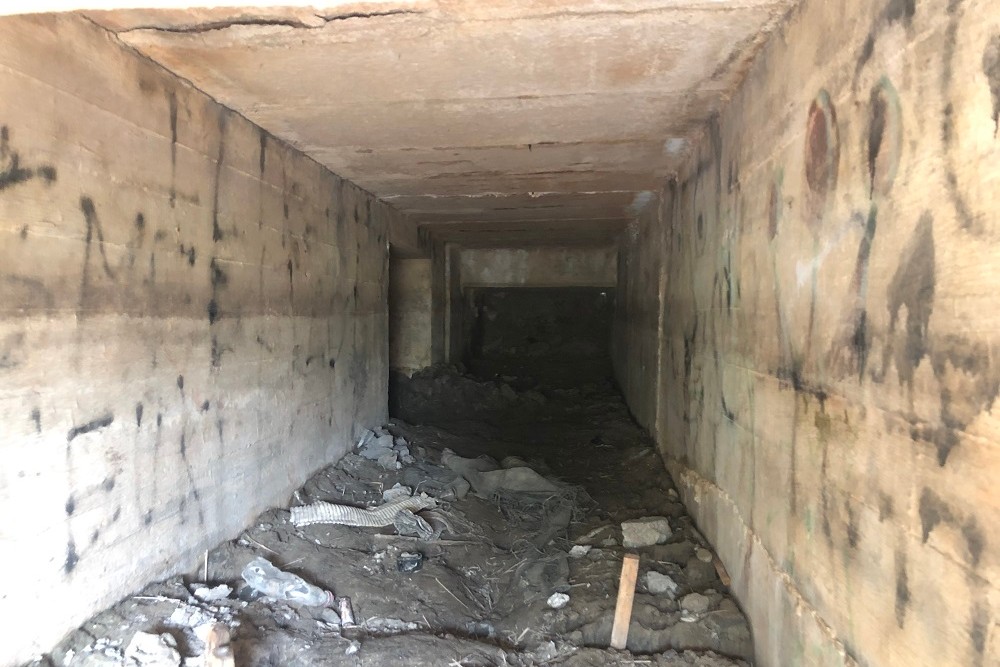 The Leiderdorp bunker was built in 1942 for the Deutsche Wehrmacht as part of the Atlantic Wall.
The bunker was located in the middle of the meadows on a quay that ended at De Does. There was a double barbed wire fence around the post and nothing else. The pan factory and the association building on the main street in Leiderdorp were demolished for the firing field of this bunker. The bunker was connected by a telephone line to other posts where the observations were processed and orders were given to deploy fighters against the observed bombers.

The building is a so-called "FluWa"; a Flugwache theorem. The bunker was originally only an observation post and consisted of a separate crew quarters and a glass observation dome; recognizable by the hexagonal opening at the corner of the bunker. On the outside of the observation post, a vertical recess in the concrete can be seen; it is the mounting for an antenna, which is also evident from a few openings for cables placed underneath.

The differences in the structure of the concrete confirm that the large concrete bunker was later built against the observation post. Later still, the Tobruk was built next to it; this one-man bunker now lies crookedly next to the rest of the structure and was used as a machine gun nest. The bunker and its spaces had different functions; for example, to the right of the entrance is the "Tagesraum"; this brick extension was the living quarters for the station's eight-man crew. Two windows offered a view of the polder land, as long as it was not obstructed by earthen walls. During a bombardment, they could hide in the large concrete room next to it, in which they also slept.

Please note: In order to protect the nesting meadow birds, the part of the polder where the bunker is located may be closed from 15 March to 15 June.