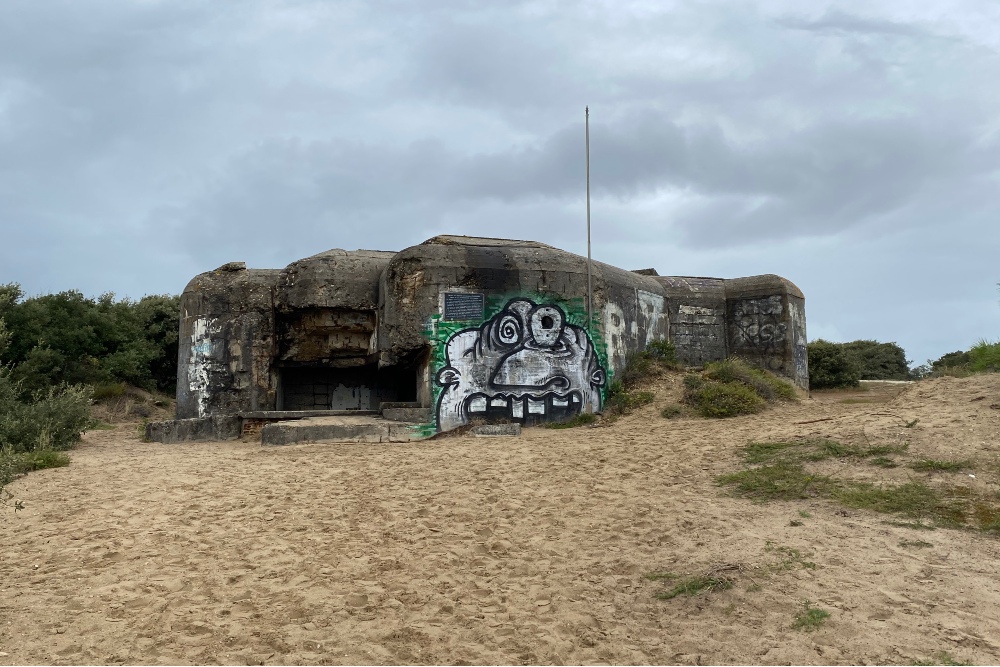 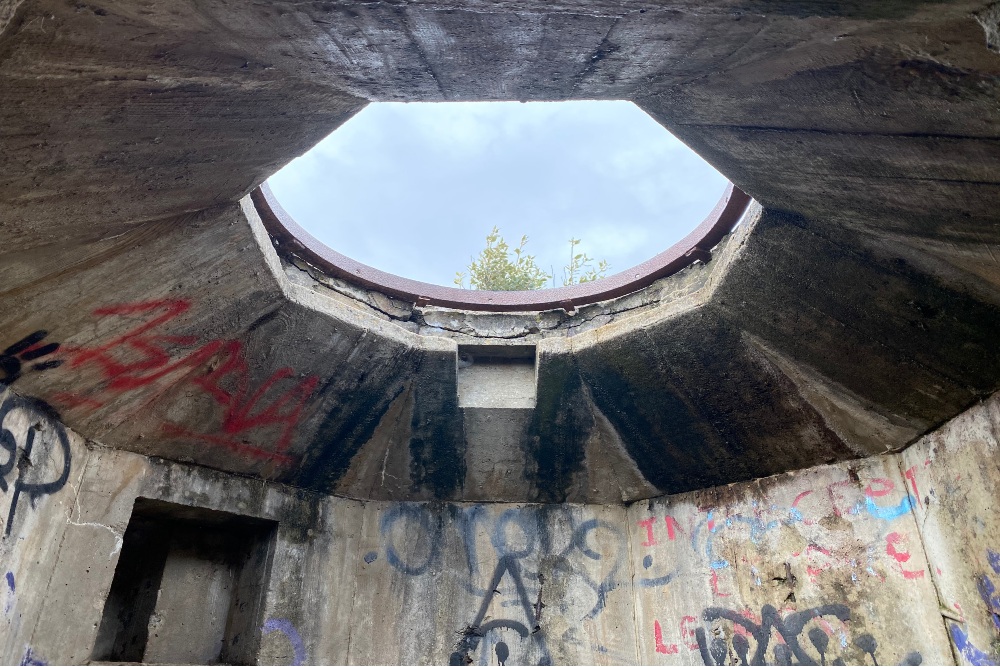 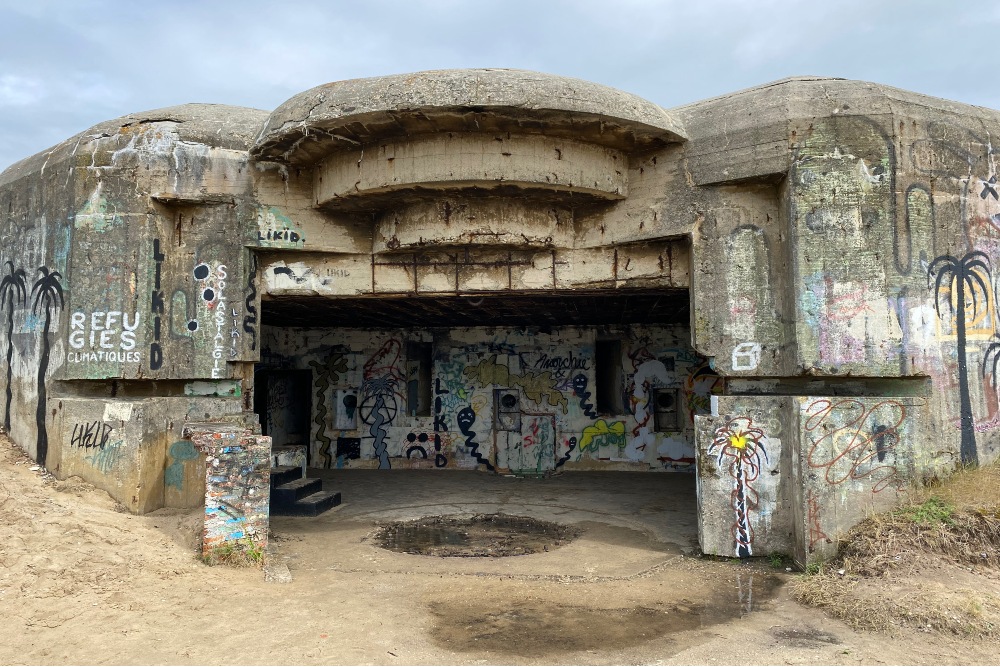 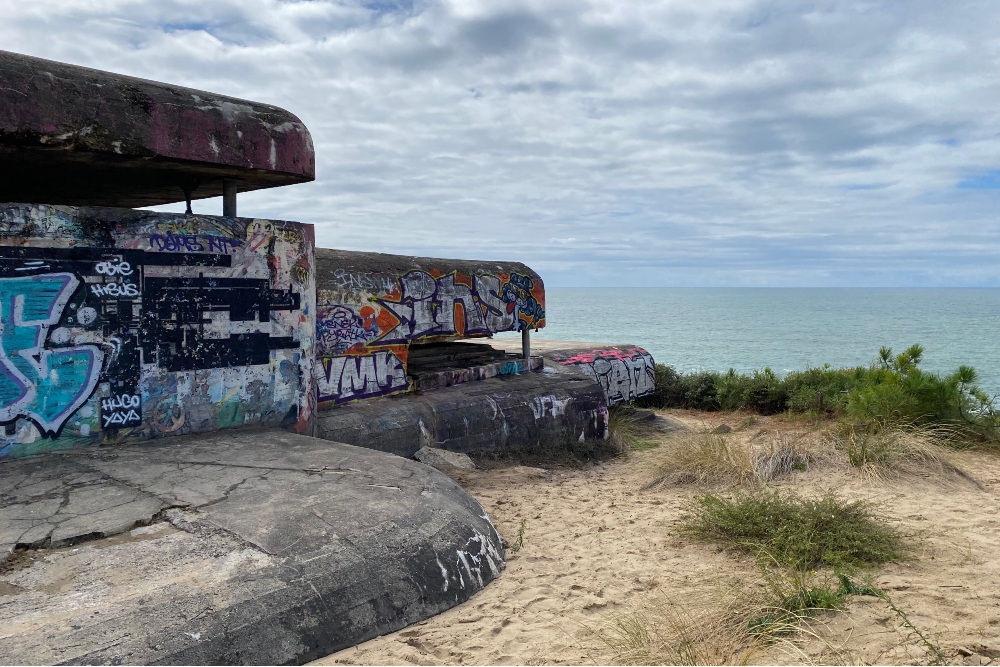 Just outside Soulac-sur-Mer in the dunes (officially community Le Verdon-sur-Mer) is a large bunkercomplex called Batterie de Arros which was a part of the Atlantikwall. The original name of the battery is Stutzpunkt 307 Reichenberg.

German battery (Gi307 Reichenberg) was occupied by the German Kriegsmarine and meant to block the mouth of the Gironde. The different elements of the complex were built between 1941 and 1943 as a part of the Atlantikwall.

The whole complex was conquered by French troops in the night of 18 on 19 April 1945.

The whole terrain is 10 hectares big with 20 bunkers of different types. The bunkers are all free to visit, but they have been damaged by graffiti. You can also find some original paintings and beds in the bunkers.