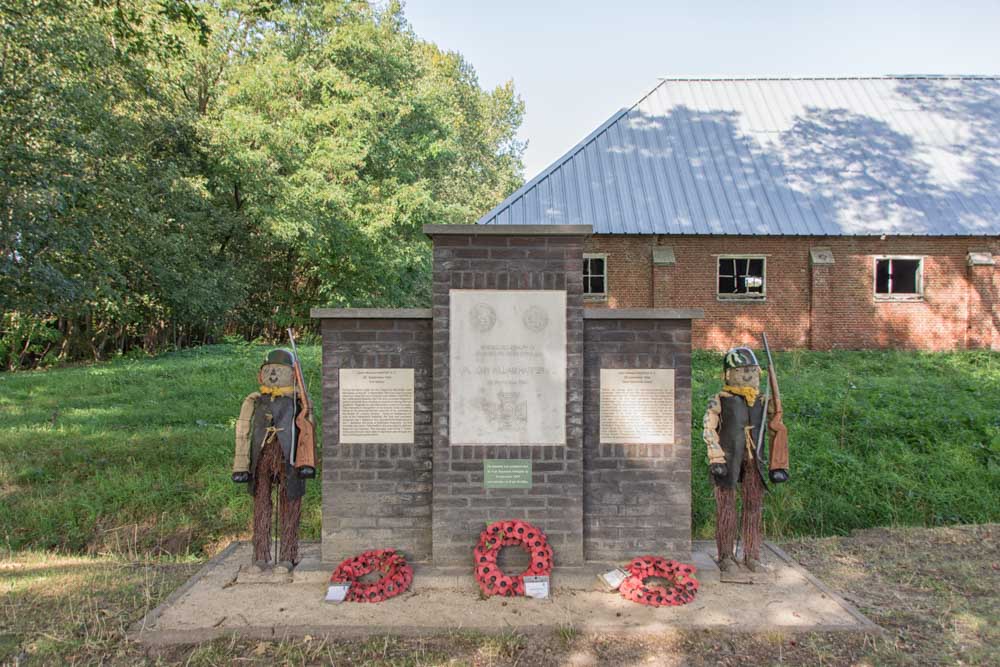 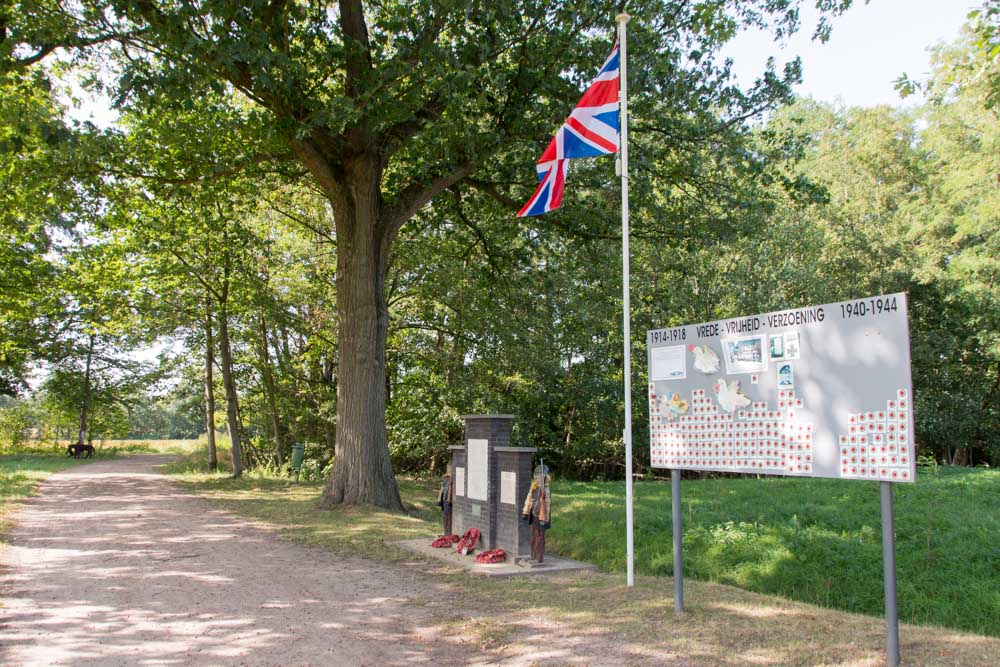 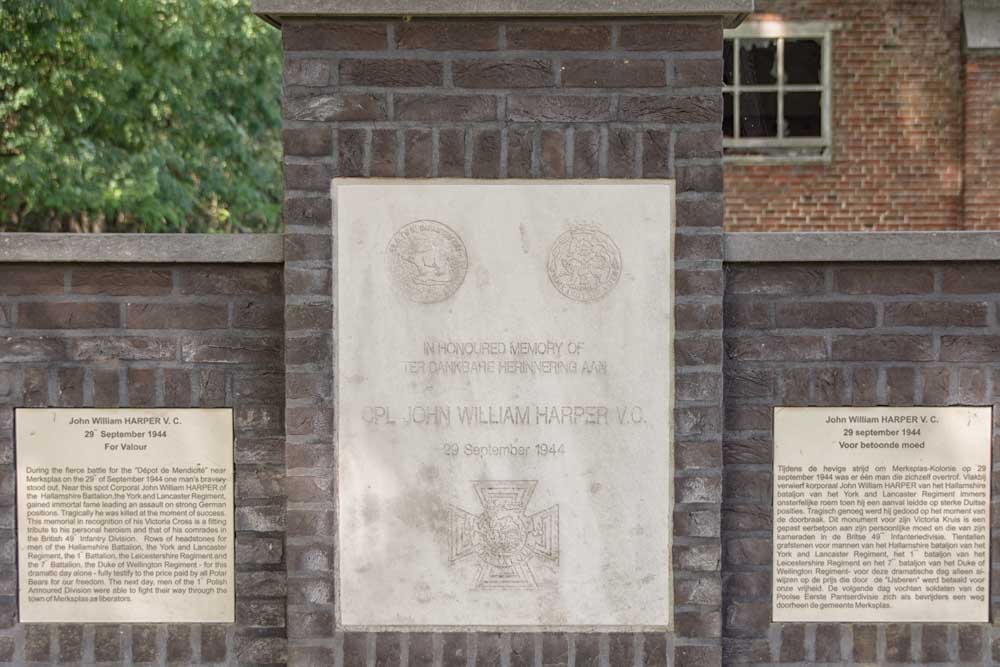 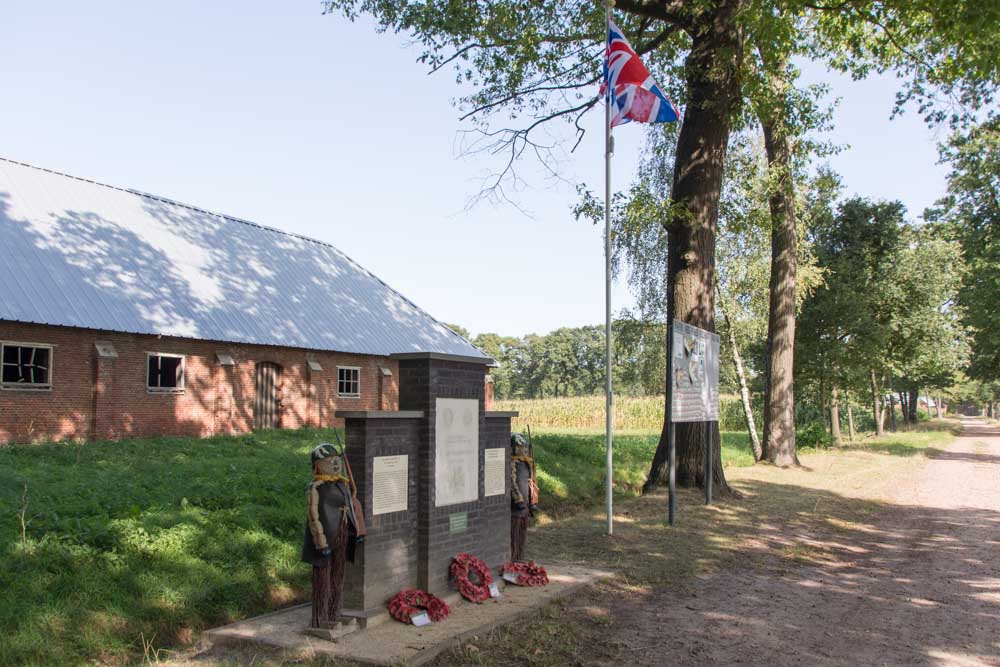 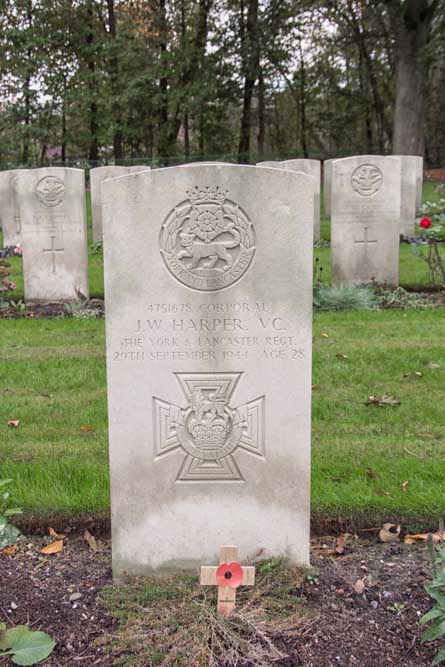 Memorial to Corporal John William Harper of the Hallamshire Battalion of the York and Lancaster Regiment who was killed here on September 29 while leading an attack. He was awarded the Victotia Cross for this.

John William Harper
September 29, 1944
For courage
During the fierce battle for Merksplas Colony on 29
September 1944 there was one man who outdid himself. Nearby
acquired Corporal John William Harper of the Hallimshire
Battalion of the York and Lancaster Regiment, after all
immortal fame as he led an attack on strong German
positions. Tragically, he was killed at the time
the breakthrough. This monument to his Victoria Cross is one
due tribute to his personal courage and that of his
comrades in the British 49th Infantry Division. Dozens
headstones for men of the Hallimlshire battalion of the
York and Lancaster Regiment and the 7th Battalion of the Duke of
Wellington Regiment - for this dramatic day alone
point to the price that was paid by the "Polar Bears" for
our freedom. The next day, soldiers of the
Polish First Armored Division is making its way as liberators
through the municipality of Merksplas

Corporal Harper is buried in the Leopoldsburg War Cemetery (V. B. 15.)