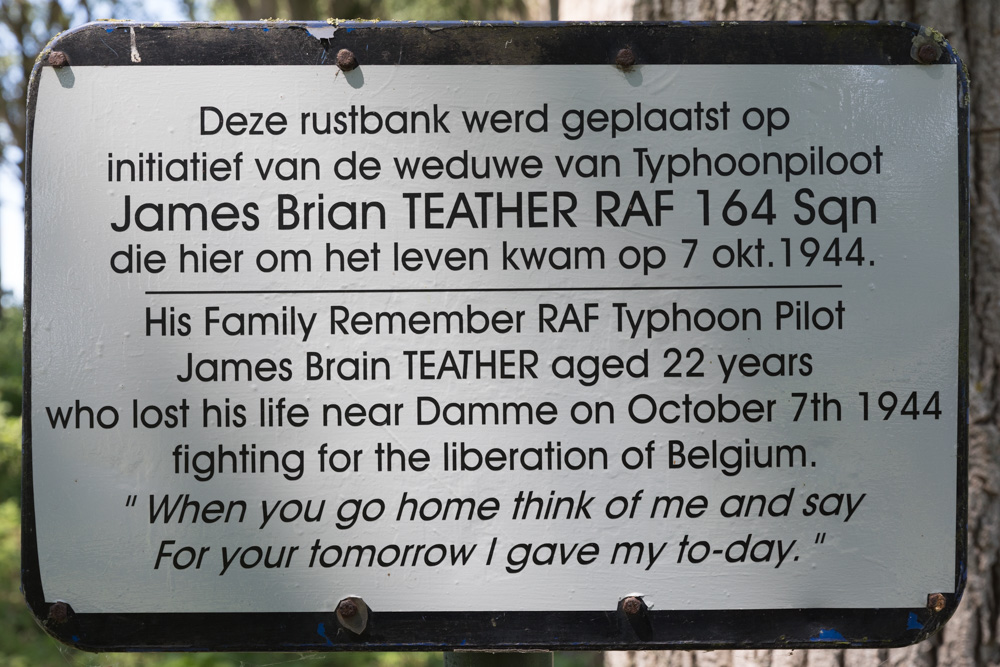 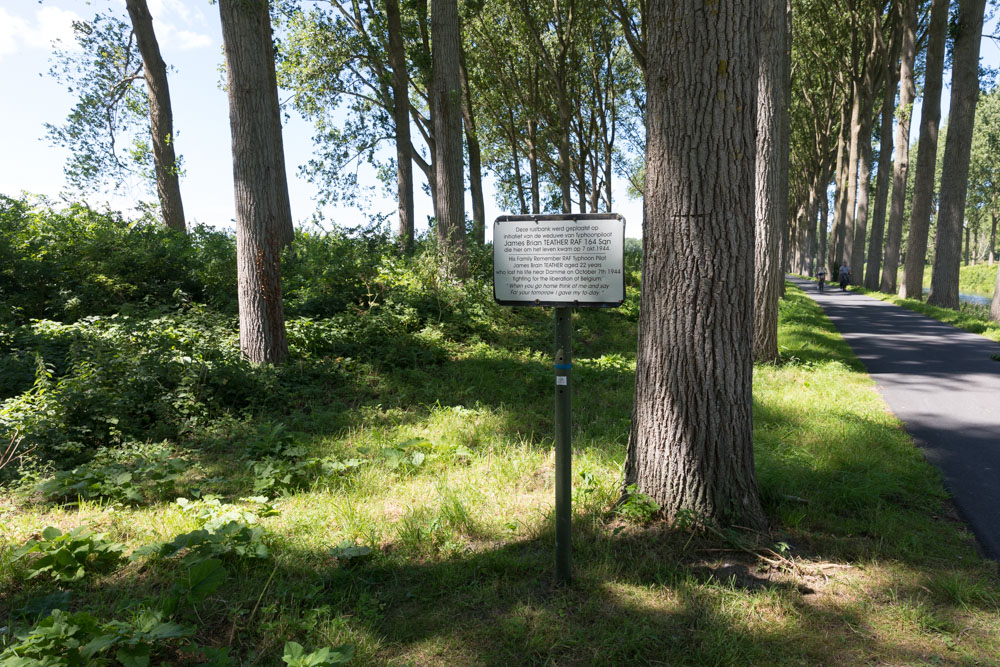 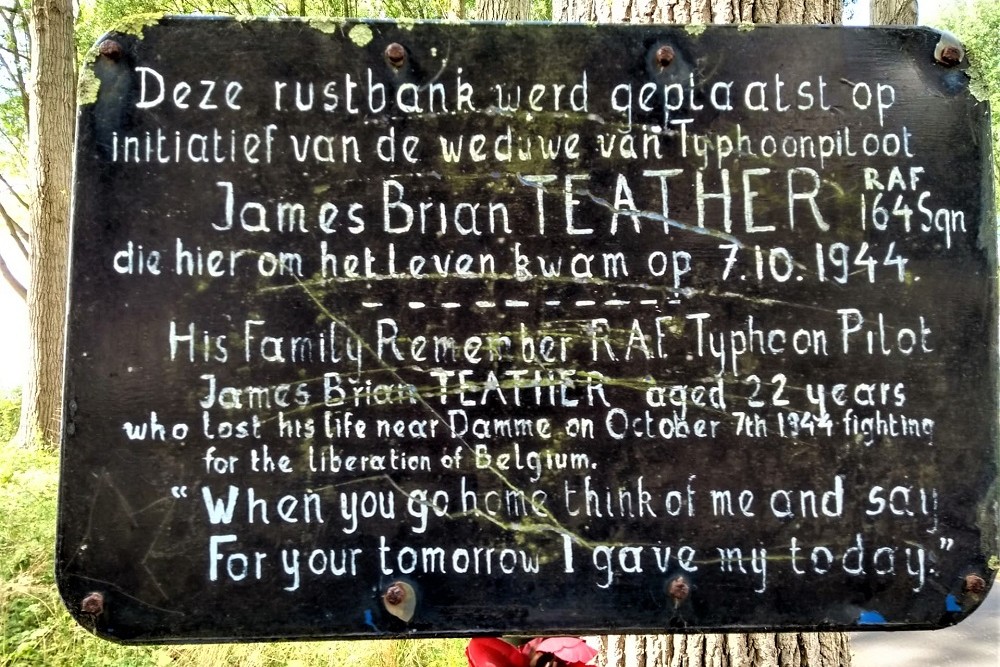 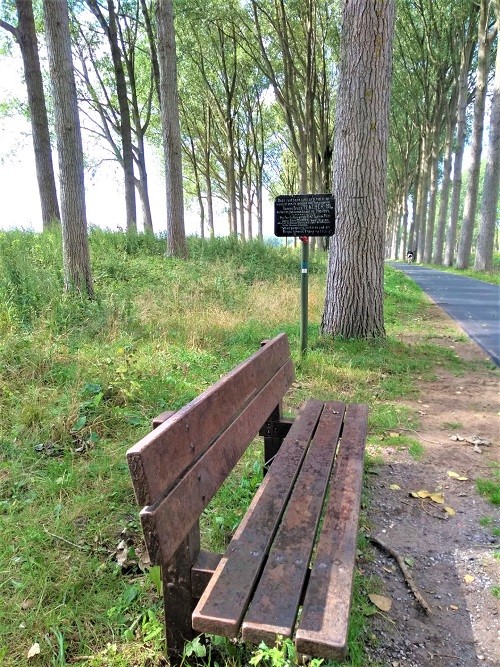 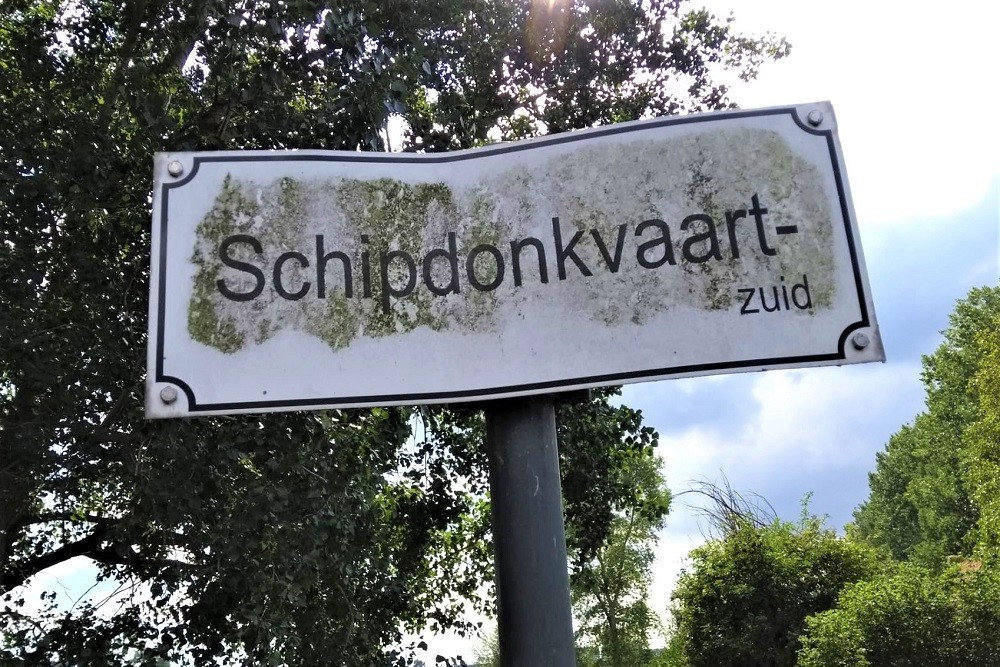 There is a resting bench with a memorial plaque next to the canal in Damme.
In England it is customary to place a couch at the place of the death with mention of the accident as a permanent memento.

"This couch was installed on the initiative of the widow of Typhoon pilot RAF 164 Sgn James Brian TEATHER who died here on 7.10.1944"

"His family remember RAF Typhoon pilot
James Brian TEATHER, aged 22 years
who lost his life near Damme on Octobre 7th 1944 fighting
for the liberation of Belgium. "
"When you go home think of me and say
for your tomorrow I gave my today "

In the autumn of 1944, the liberation is celebrated all over the country, but the violence of war is still rolling over our villages and hamlets in extremis. The 3rd Canadian Infantry Division carries out by trial and error the Operation Switchback, which aims to expel the Germans from the "Festung Schelde-Süd" and thus enable allied shipping with the important port of liberated Antwerp. The Canadian units are supported by artillery, bombers and fighters.
In this context of military operations, a section of Typhoon fighter-bombers of the 164th Squadron-RAF bombarded Lapscheure in the early afternoon of Saturday 7 October, where a German column is said to have been sighted.
It is not known whether the Wehrmacht suffered losses in this regard, but the church, rectory and some houses were severely damaged. Much worse was the toll on human suffering: in addition to serious injuries, three were killed, including a 12-year-old girl.
However, the RAF did not come out of the adventure unscathed. In a report on this operation, F10 Fletcher who led the attack reported a radio call from his number three, F / Sg. Teather, who had engine trouble and lost altitude.
Afterwards, the section leader in the target area found no trace of the aircraft. The plane landed on the dike of the Schipdonk Canal.
The emergency landing ended in a terrible way: the nose of the Typhoon hit the ground and the plane caught fire. The possibility cannot be ruled out that the Typhoon was still under fire by German forces before or after the crash.
The body of F1 Sg. Teather was not recovered from the wreckage by RAF personnel until early November and buried in the Bruges municipal cemetery. On his tombstone, the relatives expressed their feelings in this chiselled text:
"He lived and died for those he loved and those he loved remember"