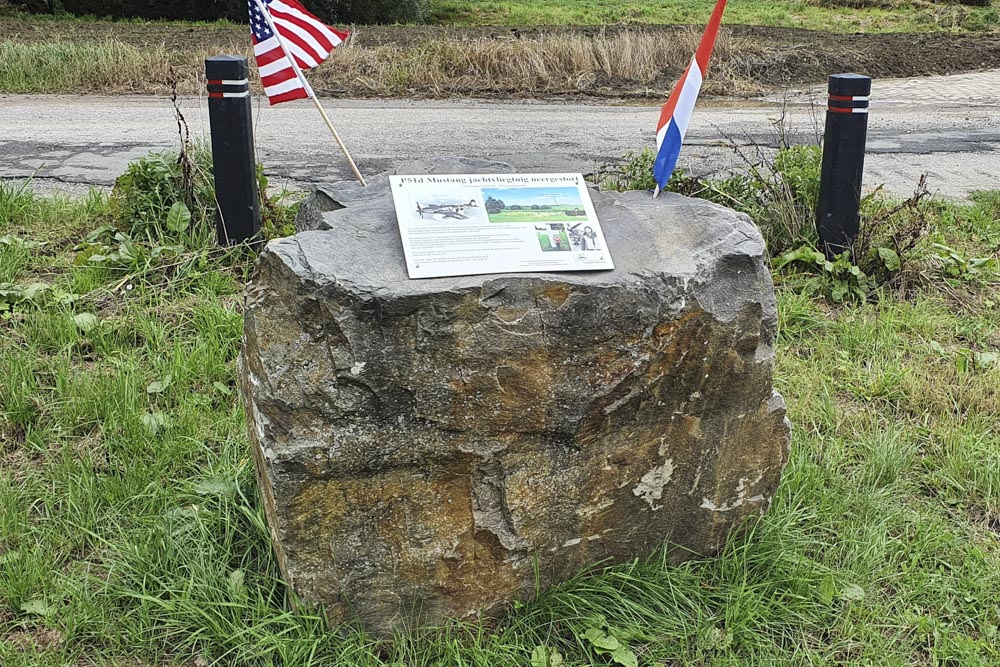 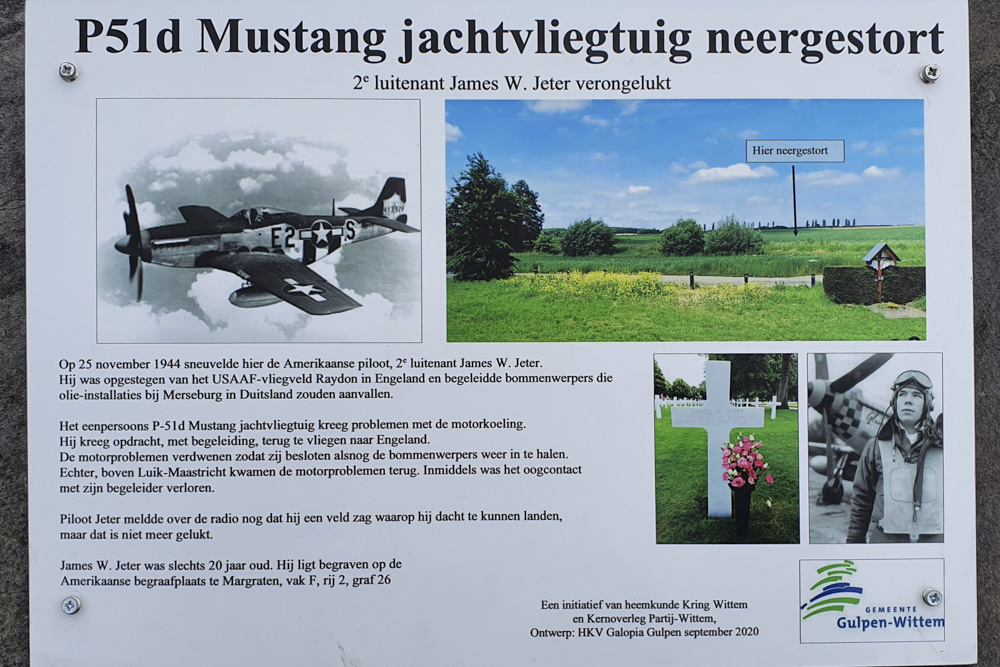 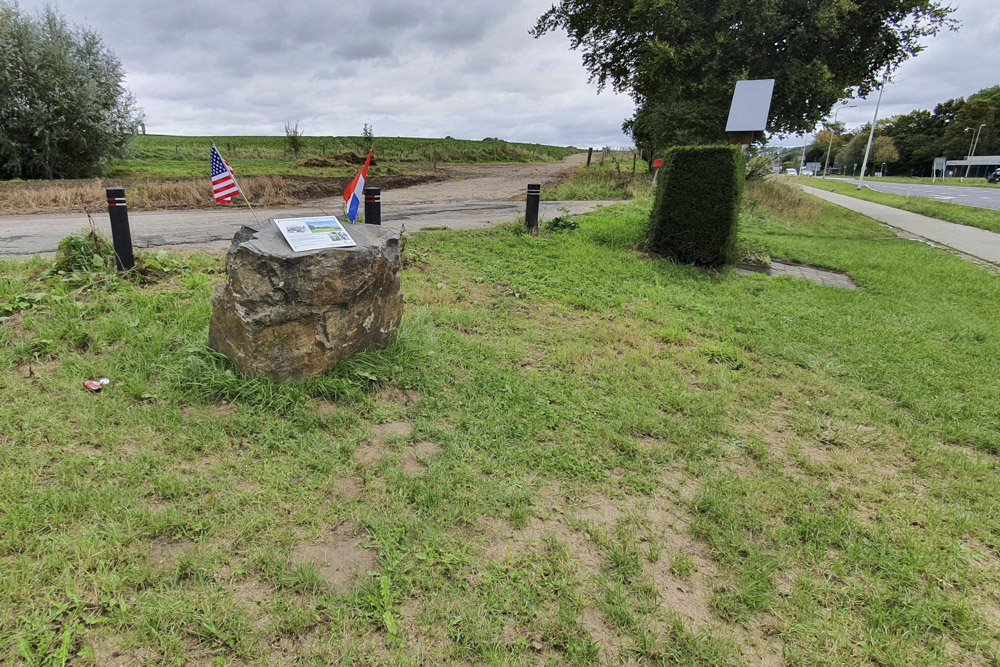 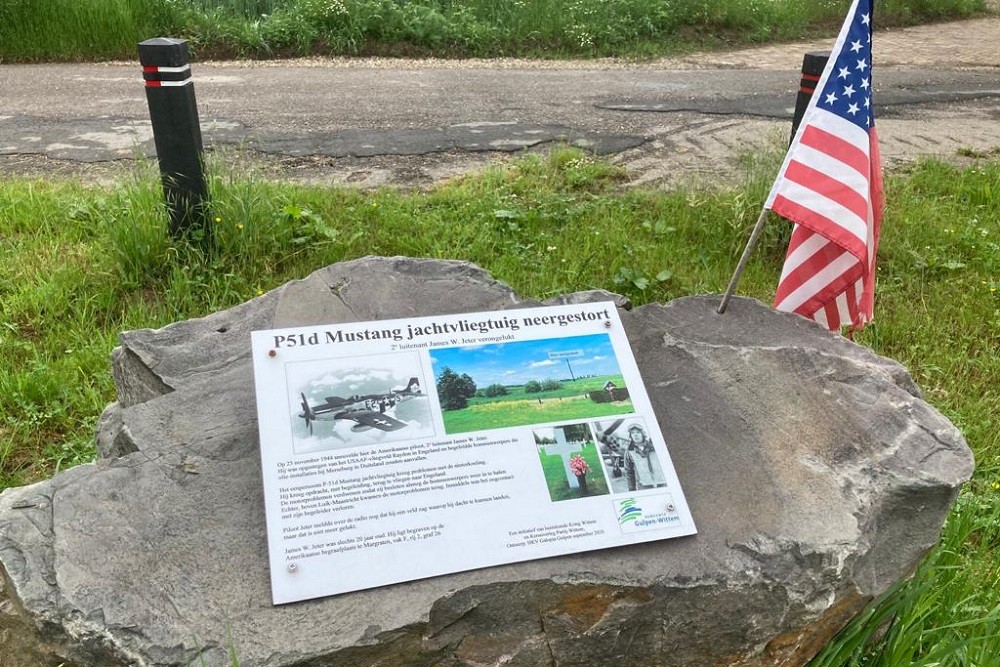 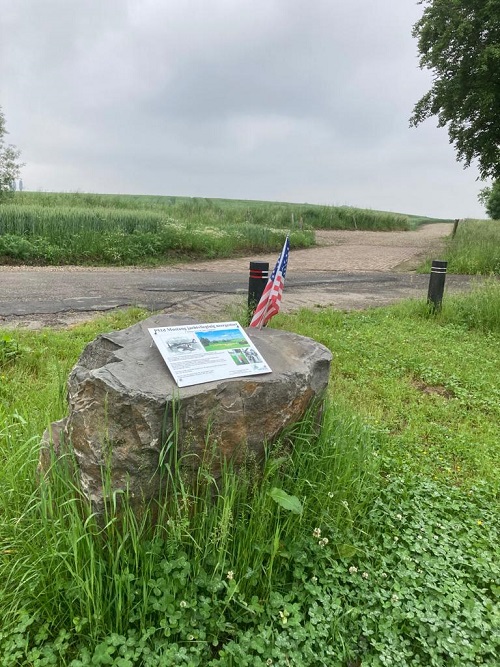 The text on the plaque is:

On 25 November 1944 American pilot 2nd Lieutenant James W. Jeter was killed here. He had taken-off from the USAAF Airfield Raydon in England on a bomber escort mission to the oil plants of Merseburg in Germany.

When his single seat fighter suffered from an engine overheat, he got instruction to fly back to base accompanied by another fighter. When the engine troubles had disappeared, the couple decided to continue their original mission and they started to chase the bombers. In the Luik-Maastricht area the engine troubles came back. Jeter lost sight of his wingman. Shortly before the crash he signalled over the radio that tried to make a field landing.

James W. Jeter was only 20 years old. He is buried at the American War Cemetery at Margraten, plot F, row2, grave 26.