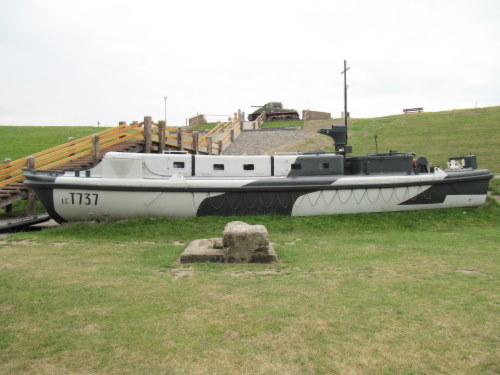 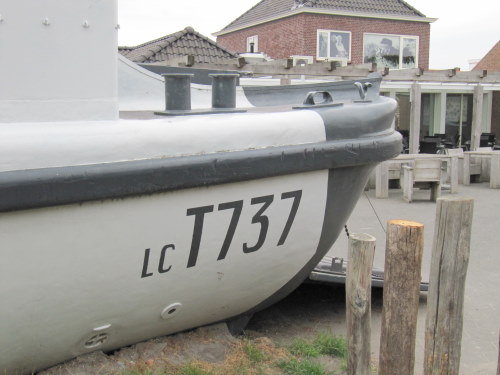 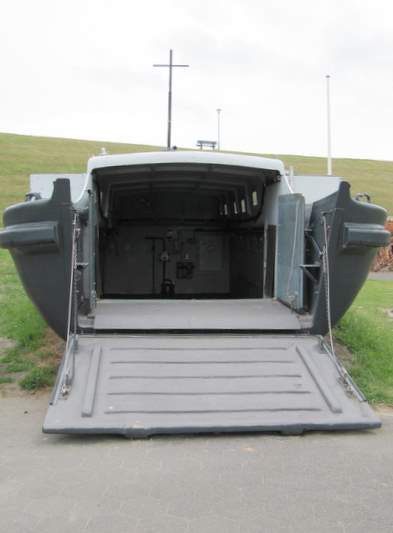 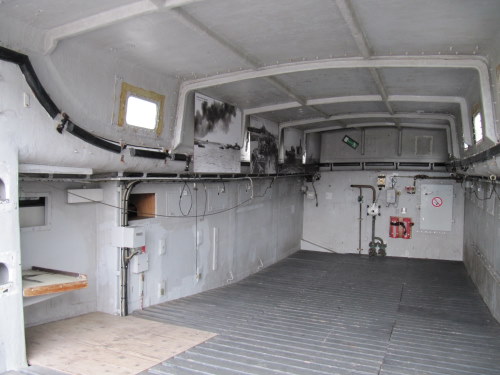 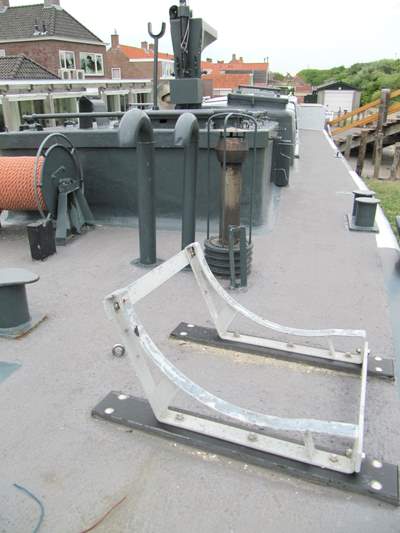 In the garden of Dike and Polder War Museum (Polderhuis) is a restored landing craft with the registration number T737 LC in camouflage colors.
LC number T737 is a number from a landing craft from 1944.
The idea for a landing craft came from Lieutenant - Colonel Bob MacDonald a liaison officer from the Royal Marines, during an annual memorial on the embankment of Westkapelle at the Sherman tank.
Much work has been done to make the idea possible. By a marine company in Den Helder, the polyester landing craft was fully restored.
All these monuments on the dike, in and around the Polder are a tribute to all victims, liberators and citizens. The Polderhuis is a venue of the liberators of 1944 with their families and the people of Westkapelle.
During the opening hours of the Polderhuis, the vessel is open and the landing craft can be viewed freely. You get an impression of the exhibited photos of the landing of the Royal Marines in Westkapelle on November 1, 1944, after the levee breach and prior to the liberation of Walcheren.