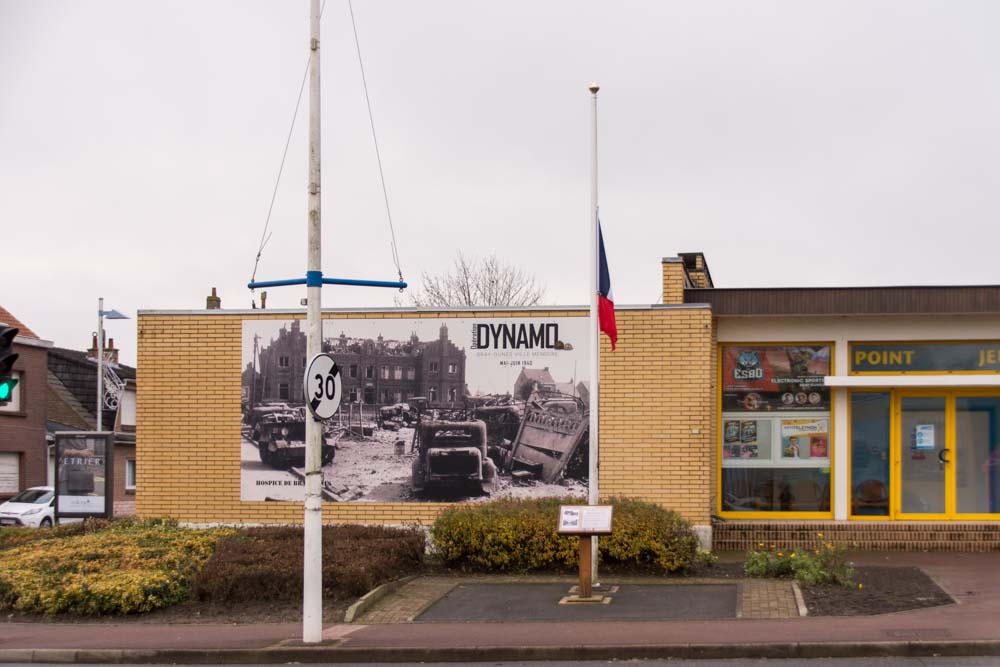 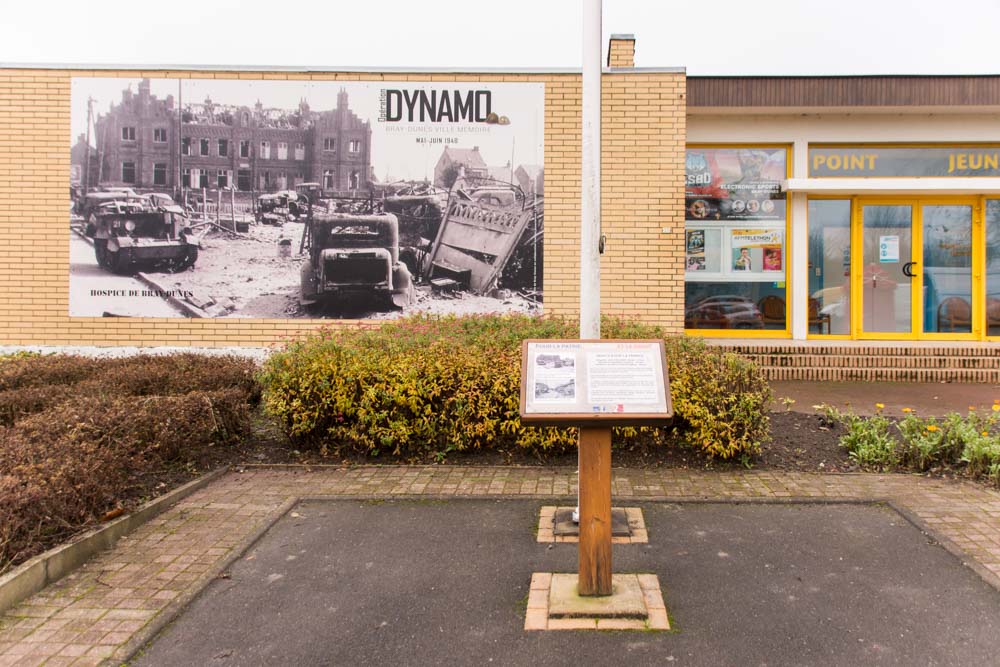 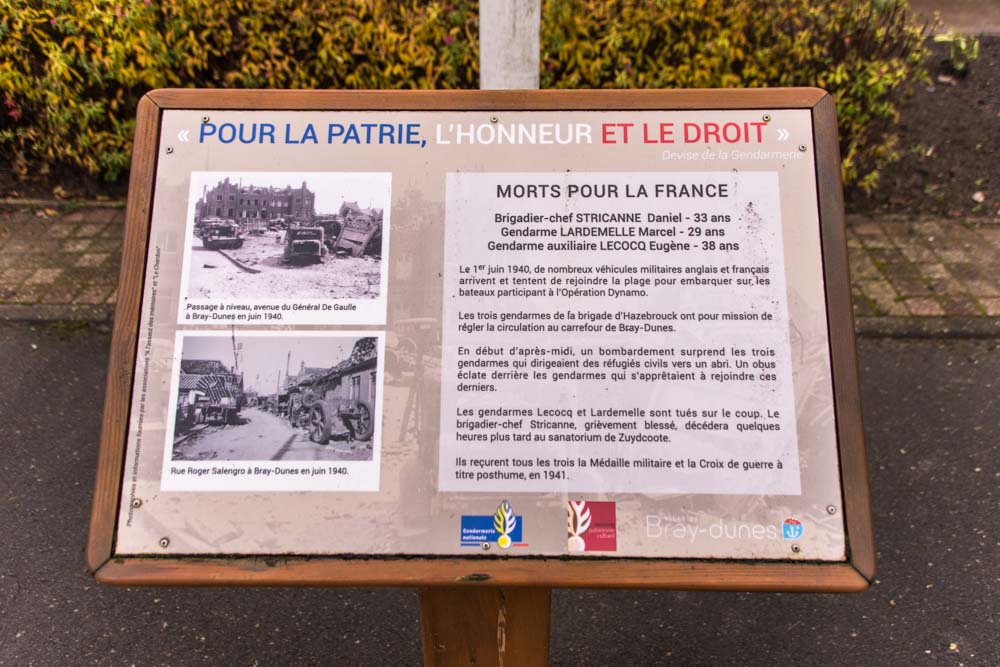 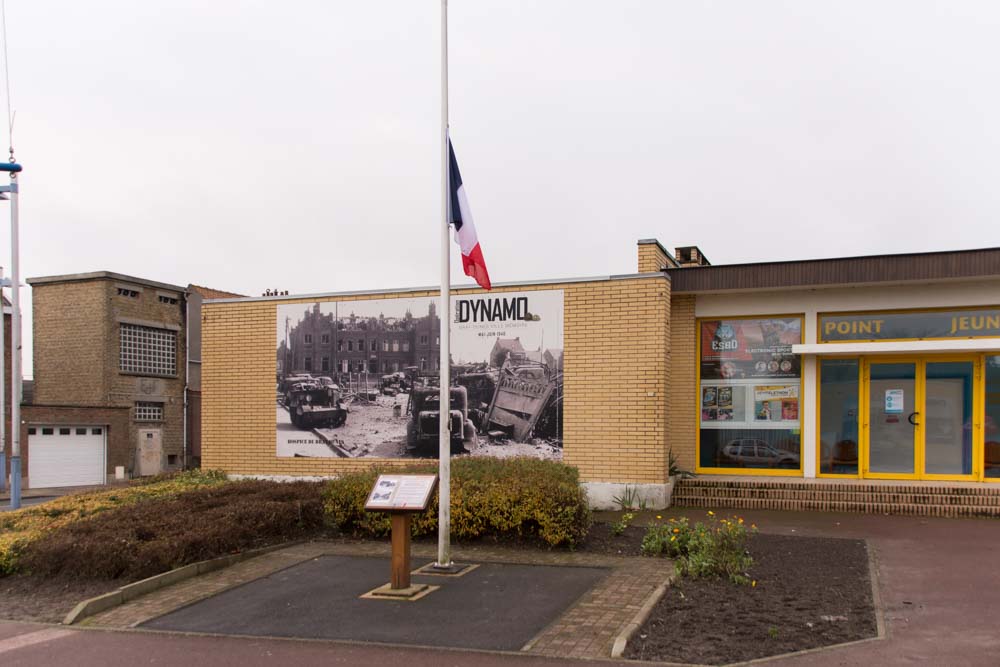 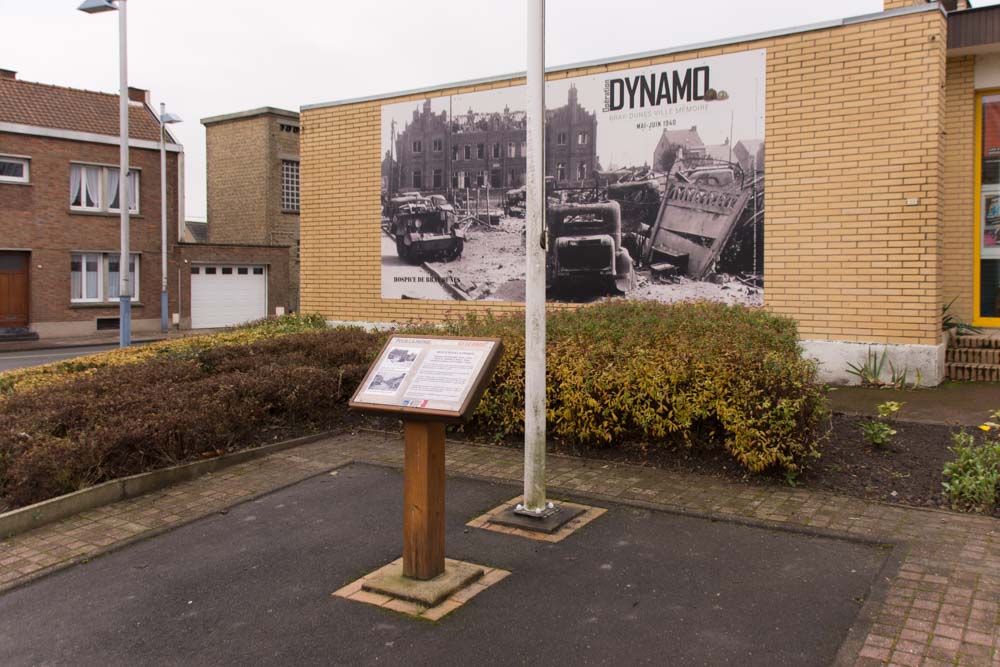 Information board for three gendarmes who fell here in Bray-Dunes on June 1, 1940.

For Fatherland, Honor and Justice (Motto of the Gendarmerie)

On June 1, 1940, many English and French military vehicles arrive
here and try to reach the beach to board the
ships that are part of Operation Dynamo.

The three gendarmes of Hazebrouck's brigade are in charge
controlling traffic at the Bray-Dunes intersection.

In the early afternoon a bombing took the three by surprise
gendarmes who sent civilian refugees to an air raid shelter. A grenade
exploded behind the gendarmes who were about to join them in the hideout after the last refugees had passed.

Gendarmes Lecocq and Lardemelle were killed instantly. The
Brigadier-Chief Stricanne, was seriously injured, and a few died
hours later in the sanatorium of Zuydcoote.

All three were posthumously awarded the military medal and the Croix de Guerre in 1941.