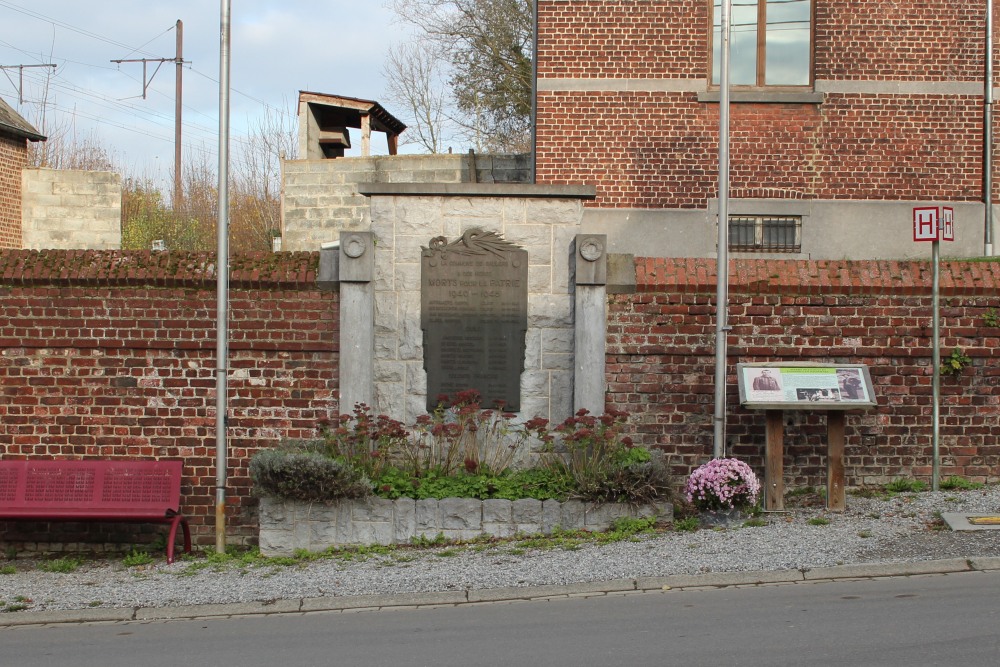 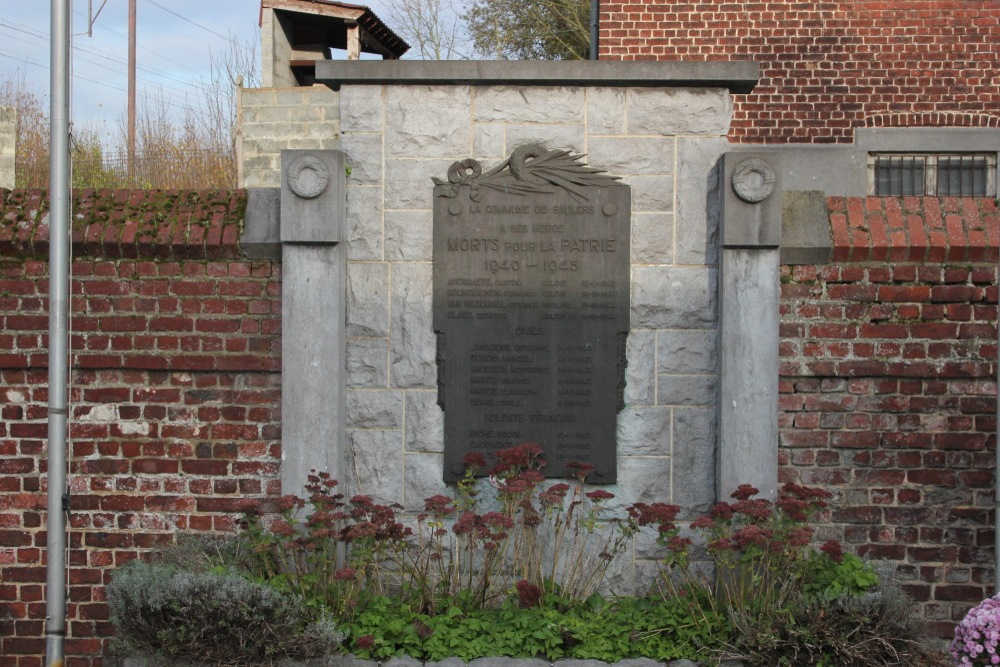 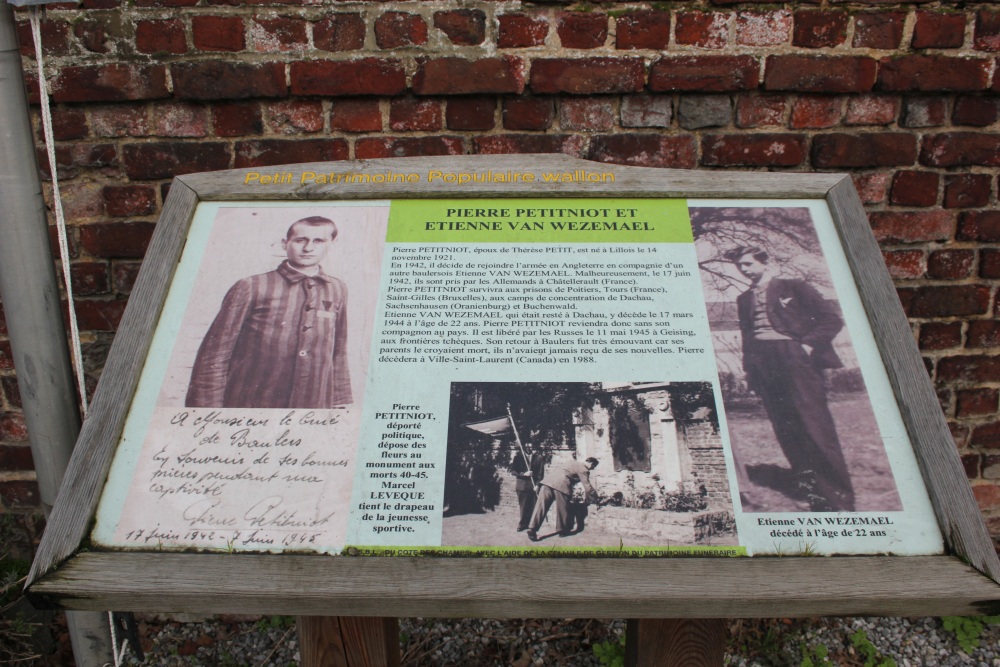 War memorial at Baulers to commemorate the military and the civilian victims of the Second World War. The monument also commemorates three French soldiers who died at Baulers on May 15, 1940.