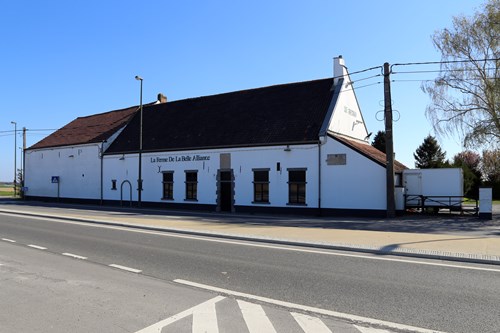 Before the battle commenced, Napoleon inspected his troops here. It must have been a great spectacle. When the battle was coming to an end, Napoleon overlooked the site from here. He hoped to change the outcome of the battle with a last push. Napoleon ordered his guard to make a last attack by attacking Wellington's right flank from this location via the country road. The effort was to no avail. Later that night, when the French were defeated and on the run, the two great allied army commanders Wellington and Blücher (Prussia) met each other at this farm.