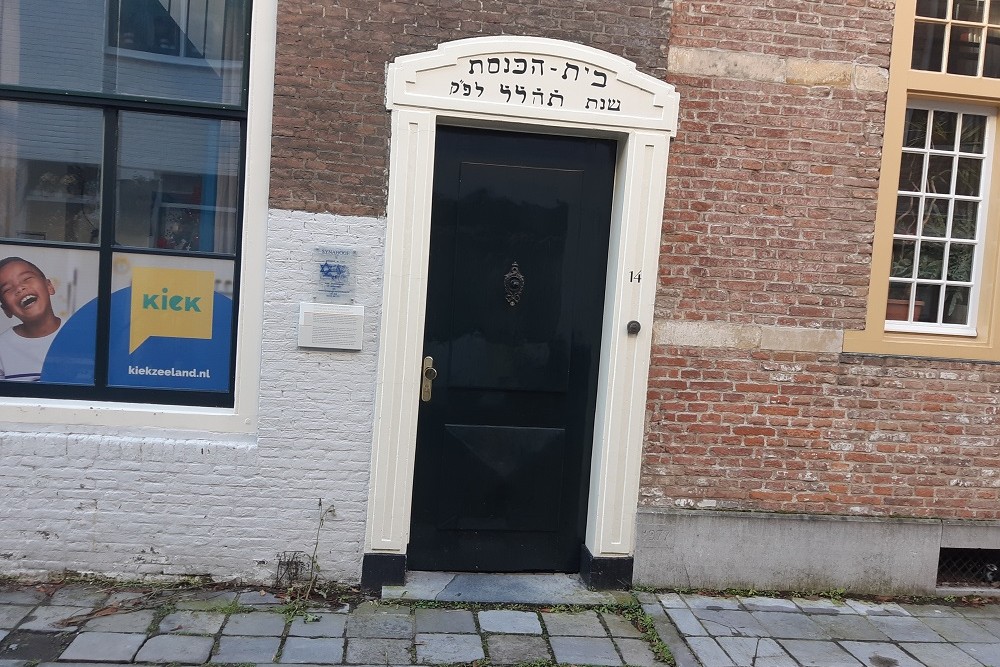 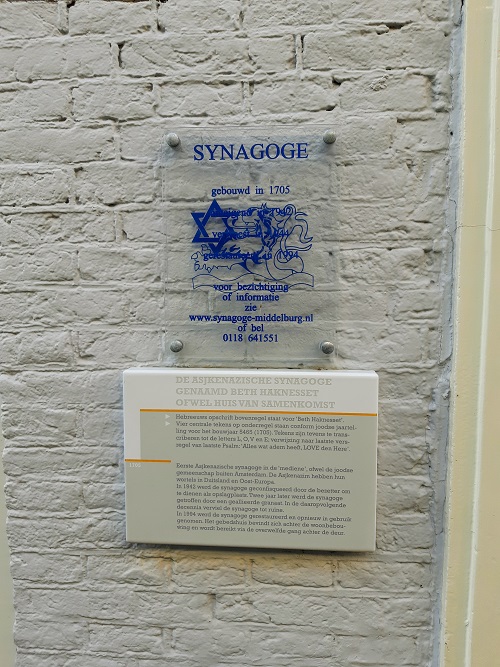 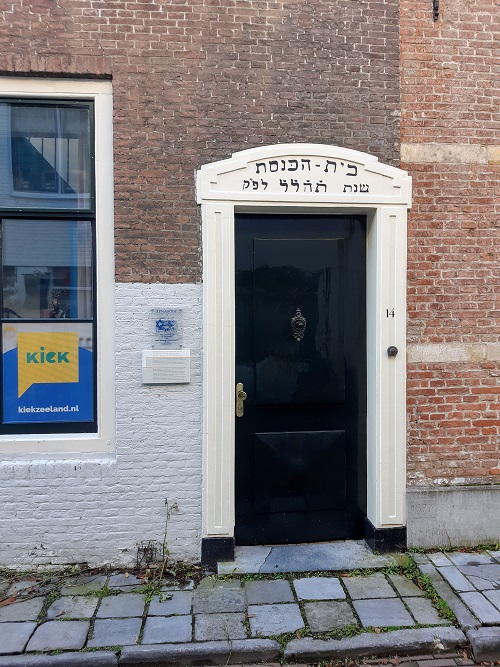 The Middelburg synagogue, built in 1705, was the first synagogue to be built in our country, outside of Amsterdam. In 1942 the synagogue was seized by the Germans and during the liberation of Walcheren in November 1944, the synagogue was hit by an English shell and largely destroyed. After this, the building fell into a ruin of which only a few wall remains were standing in 1987.
In 1991 the ruin became the property of the Stichting Synagoge Middelburg and with the help of the Municipality of Middelburg, the Province of Zeeland, the National Agency for the Preservation of Monuments, many other foundations, funds and donors, the synagogue was restored in 1994.