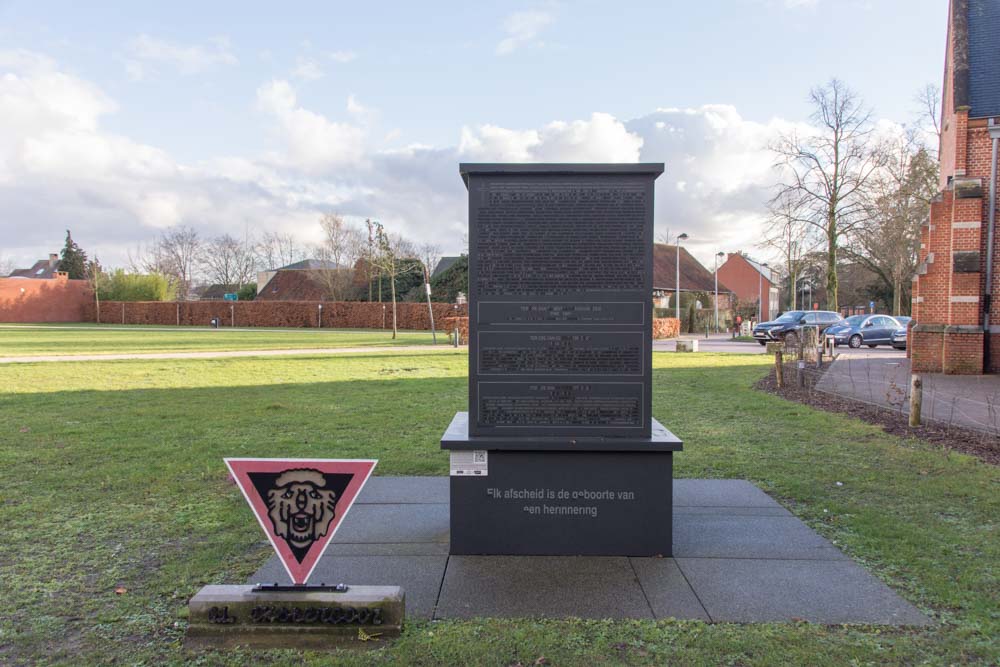 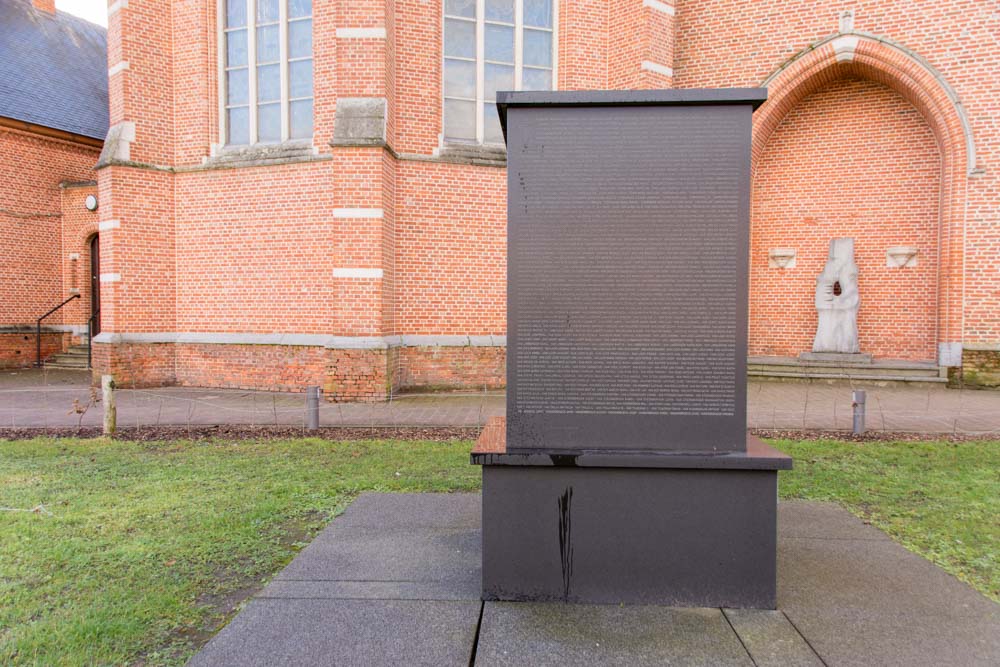 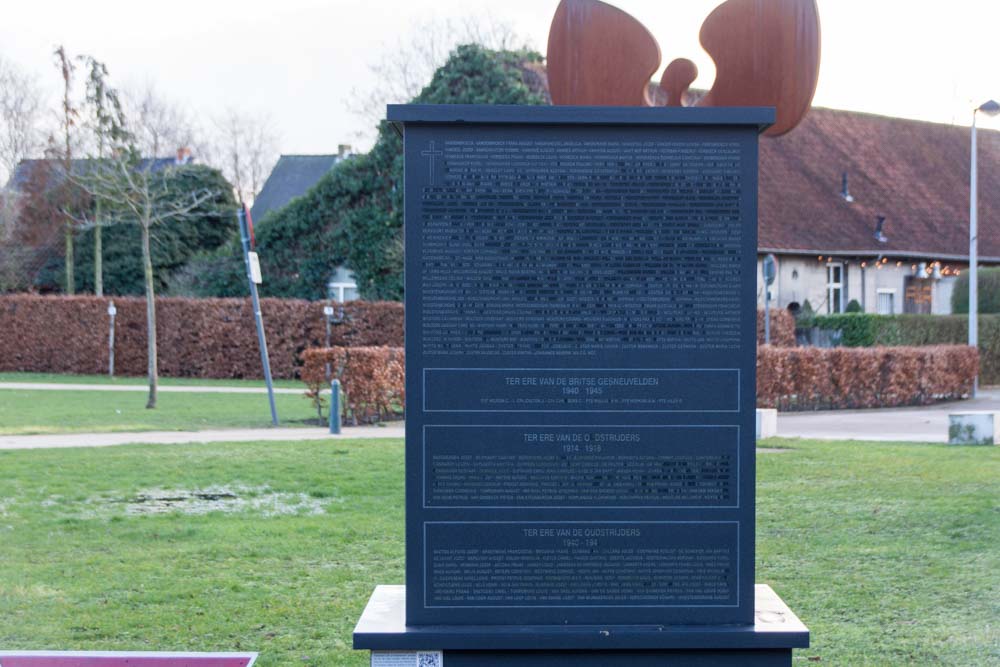 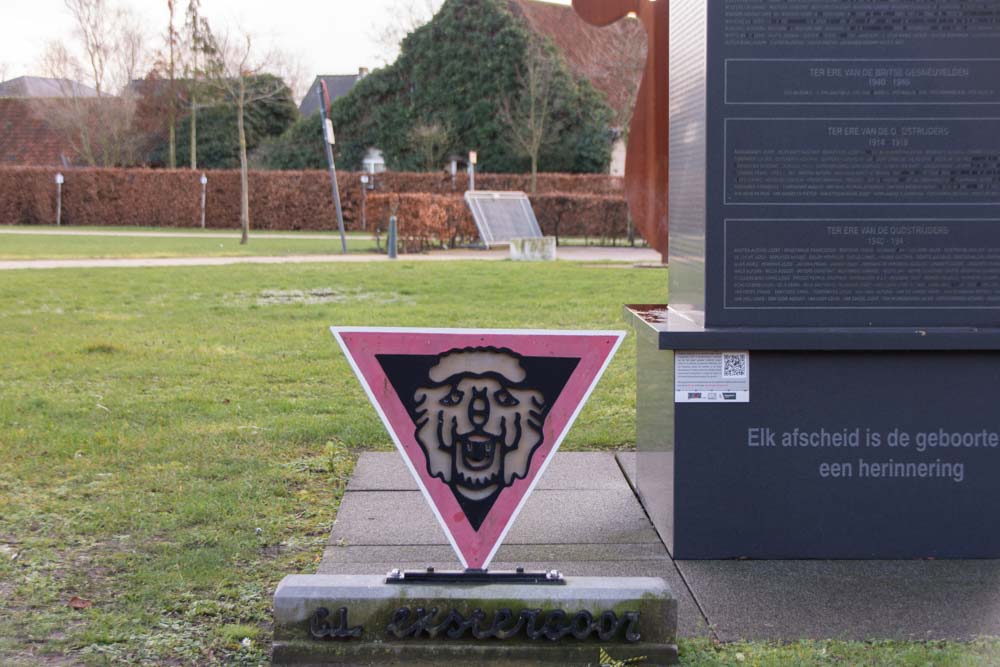 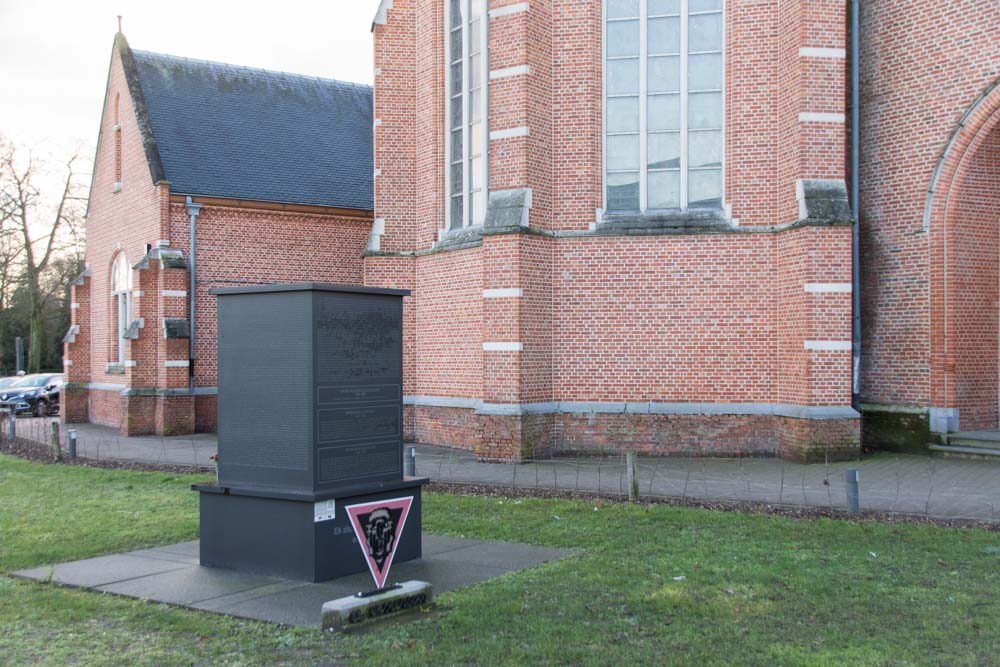 This war memorial behind the Saint Lambert Church in the Center of Beerse commemorates the fallen and war victims of both World Wars. It stands on the site where the cemetery used to be, which was cleared a few years ago. At this location there was also a war memorial for the fallen of WWI and WWII, this has been demolished because it was in a bad condition, the names are now on the new monument.

In front of the monument is the badge of the Secret Army with the mention 't Ekstergoor. The same memorial can also be found on the monument in the Heldenweg.
This pays tribute to the Secret Army section Beerse, who had 't Ekstergoor as the name of their shelter. This group was under the command of Lieutenant Jos Feyen, the later town clerk of Beerse. During the war they engaged in sabotage and providing assistance to allied soldiers and refusers.
From September 1944, the Turnhout, Beerse and Rijkevorsel divisions form group 1 of the Secret Army. Under the command of the Allies, they take part in the fighting in Sint-Job-in-"t-Goor, Rijkevorsel, Beerse and Merksplas.

Every year, on November 11 is a commemoration organized by the Liberation Committee.