Walking route: Ochamps and the Forgotten Traces of the Battle of the Borders 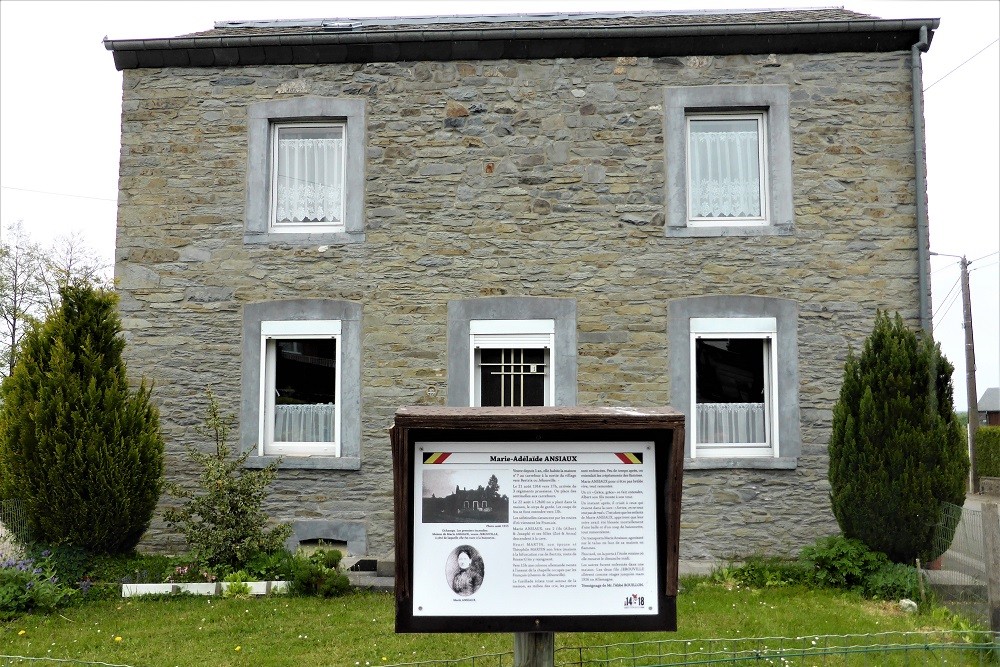 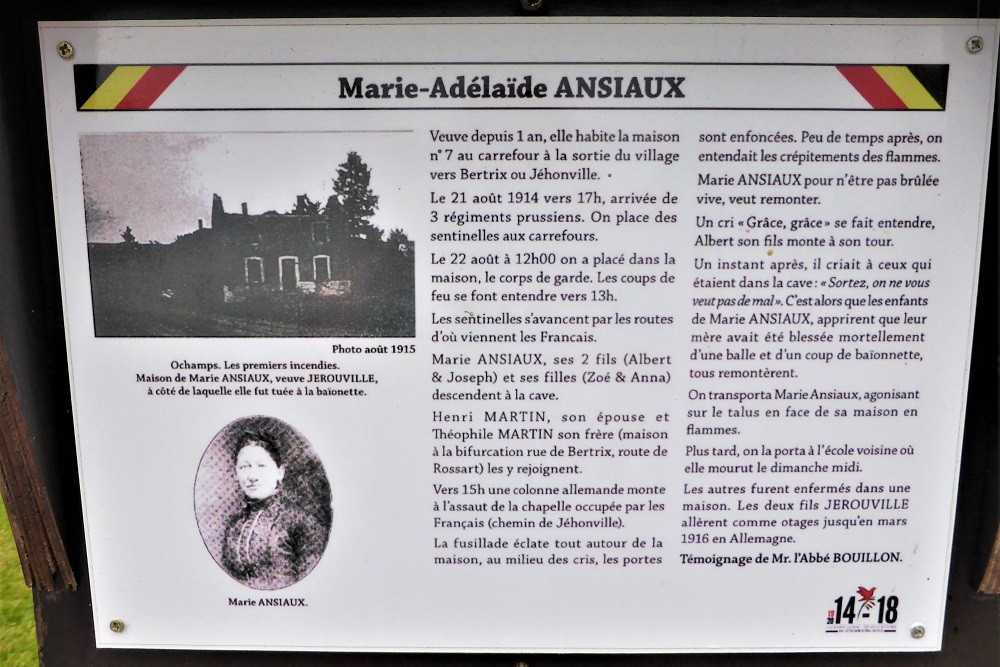 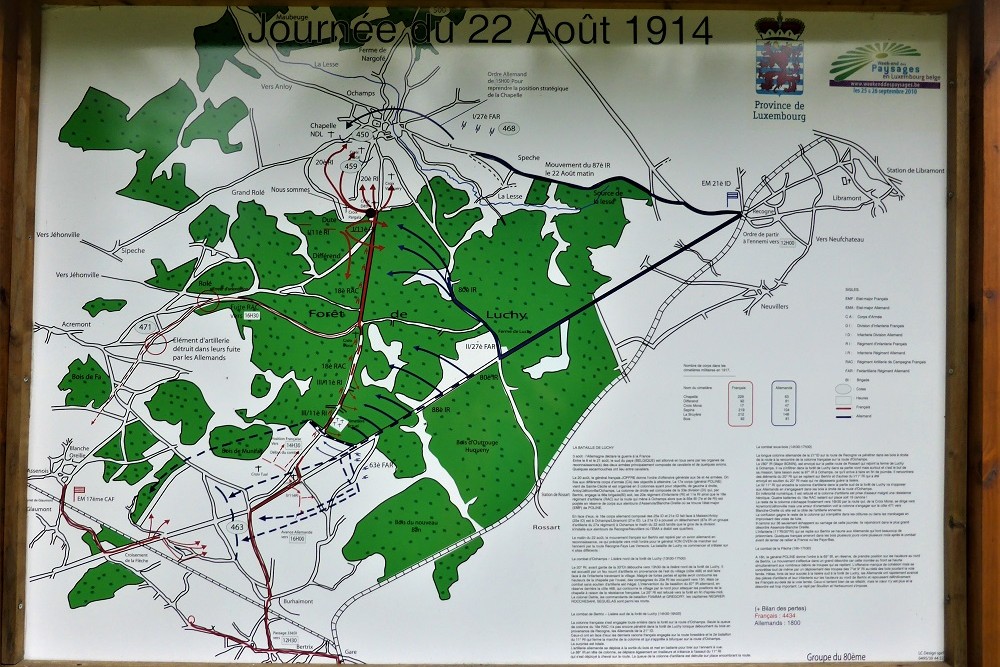 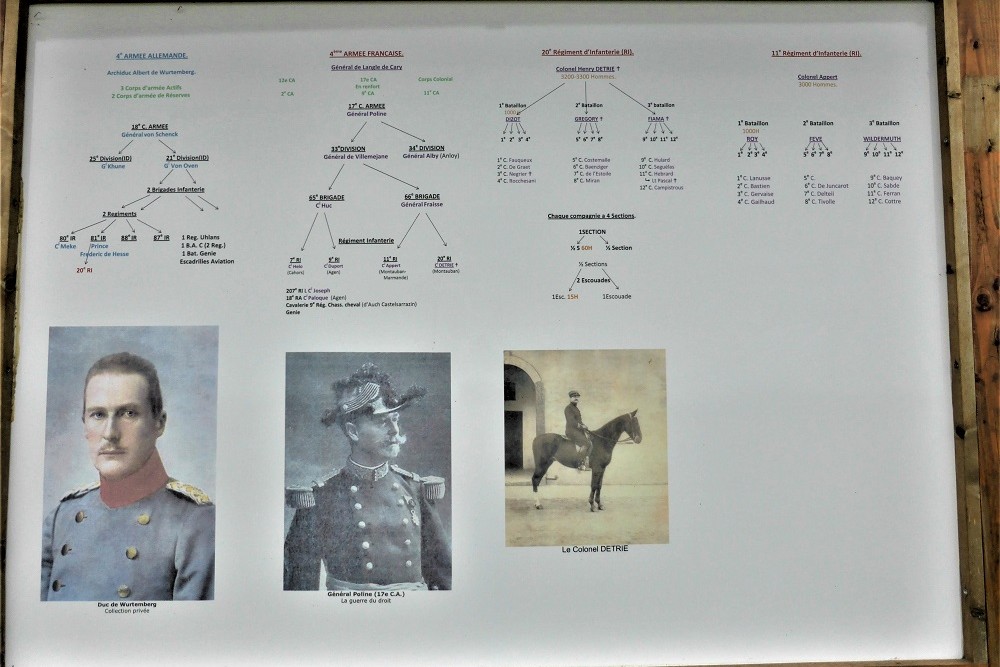 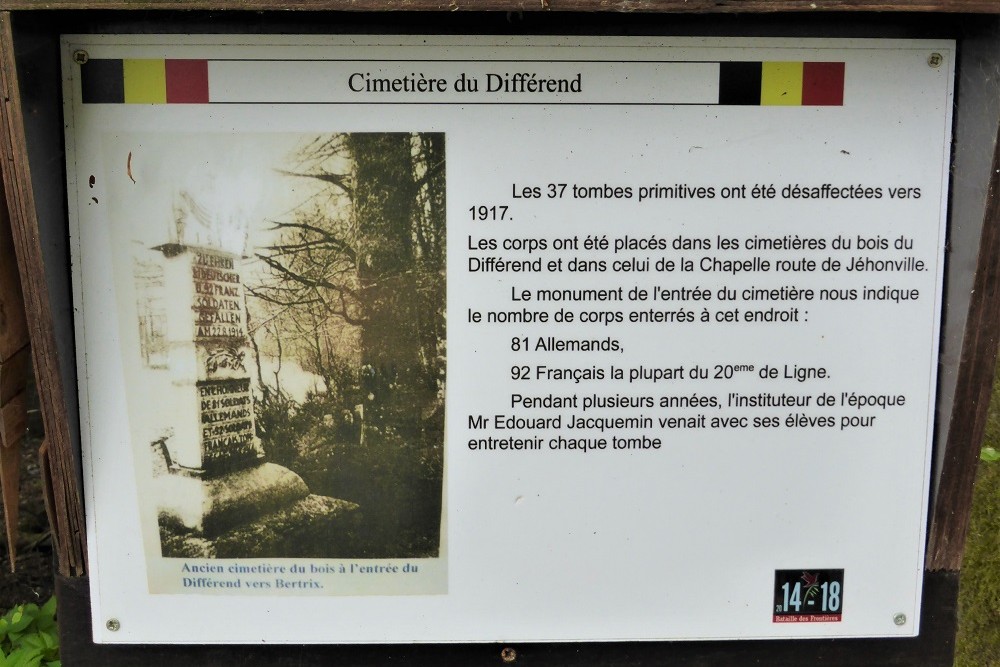 Like Anloy, Ochamps also has a didactic walk through the village: "Ochamps and the forgotten traces of the Battle of the Borders".
At certain places in the village it is explained exactly what happened there on that fatal 22nd August 1914.

One of those stories concerns the house of Marie-Adélaïde Ansiaux, a civilian victim.
The text is based on the testimony of Father Bouillon.

Marie-Adélaïde Ansiaux, widow for a year, lives at the crossroads Bertrix-Jehonville.
3 Prussian regiments arrive around 5 pm on 21 August. They place sentries at the crossroads.
On August 22 at noon they make her house their guardhouse. They hear the shelling around 1 pm. The sentries are heading in the direction from which the French will come.
Marie Ansiaux takes shelter in the cellar with her 2 sons, Albert and Joseph, and her 2 daughters, Zoé and Anna. Henri Martin, his wife and brother Théophile Martin accompany them.
Around 3 pm, a German line invades the chapel on the Chemin de Jéhonville, which is occupied by the French.
The shooting breaks out all around the house, there is shouting everywhere, the doors are broken ... Shortly afterwards they hear the crackling of flames in the basement.
Marie Ansiaux does not want to be burned alive and goes upstairs. They hear her shout "Grace, grace". Her son Albert then also leaves the cellar. He calls out to the others "Come on, they will not harm you". Only then do Marie's children see that their mother has been fatally wounded by a bullet and a blow from a bayonet. They lay her dying on the slope in front of her burning house. Later she is taken to the neighboring school where she will die on Sunday afternoon. The others were locked up in a house.
Jerouville's 2 sons are held hostage in Germany until March 1916.
Testimony of Pastor Bouillon "