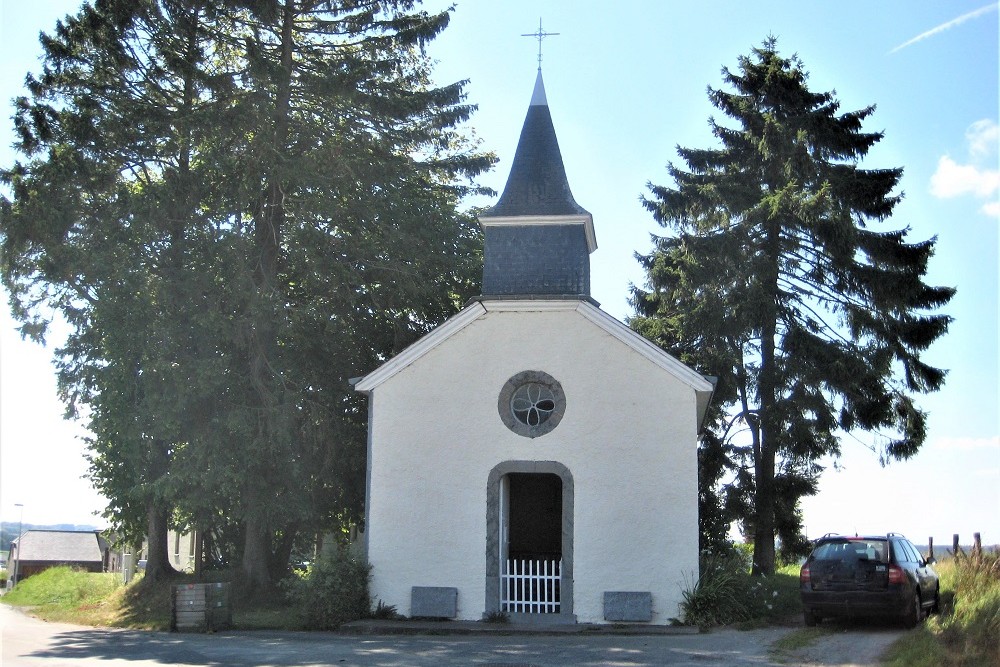 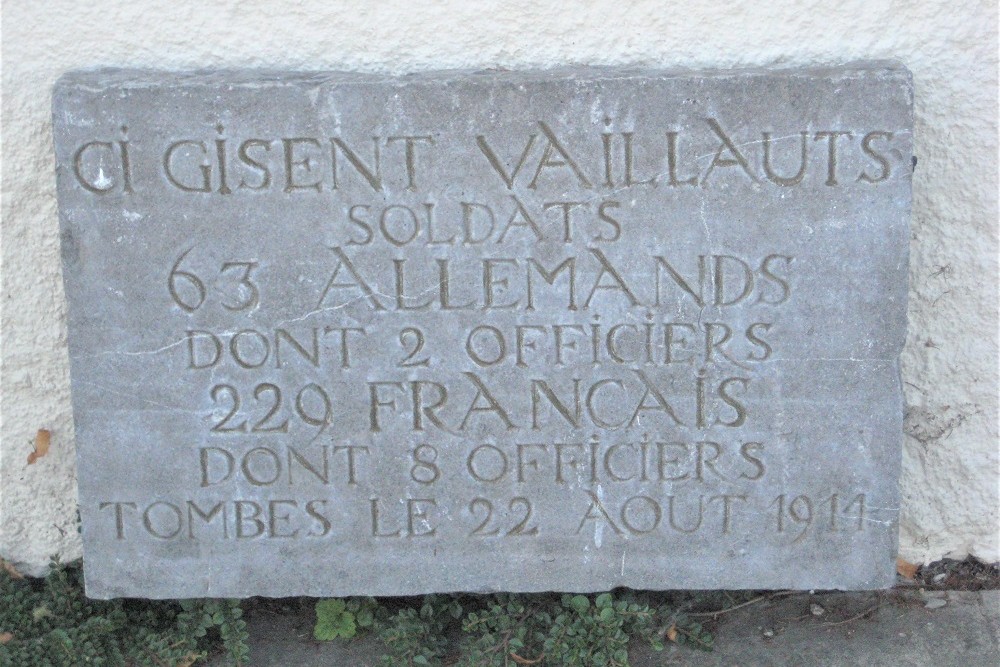 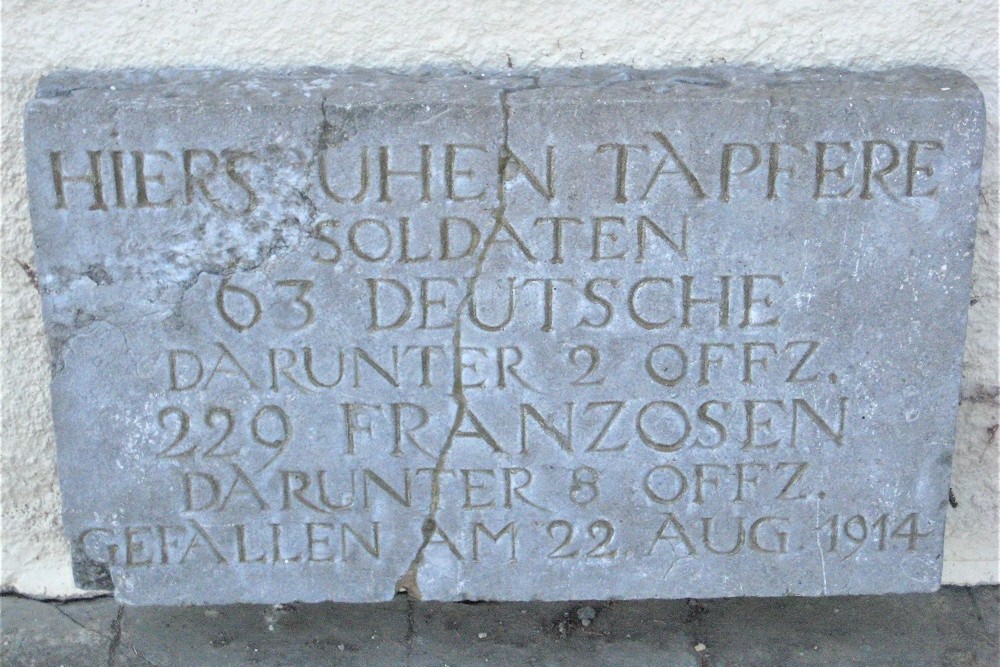 On August 22, 1914, Colonel Detrie's column leaves Bertrix. They travel through the forest of Luchy, to the northern edge of the forest, where they try to cross in the direction of Ochamps. But the Germans, who have occupied the village and the surrounding area, prevented them. Under the fierce fire of the enemy, the ranks of the French Battalion, which cannot possibly move forward, are rapidly growing out.
In addition, they are surprised by a German attack, a real ambush in the forest, forcing them to retreat in the direction of Herbeumont.

At the strategic point of this bloody battle, a height in the south of the village, is a chapel around which a burial ground used to be. It was later evacuated.
On the facade of the chapel is a memorial stone in French and German:
"Brave ones rested here
soldiers
63 German
including 2 officers
229 French
including 8 officers
fallen on August 22, 1914 "