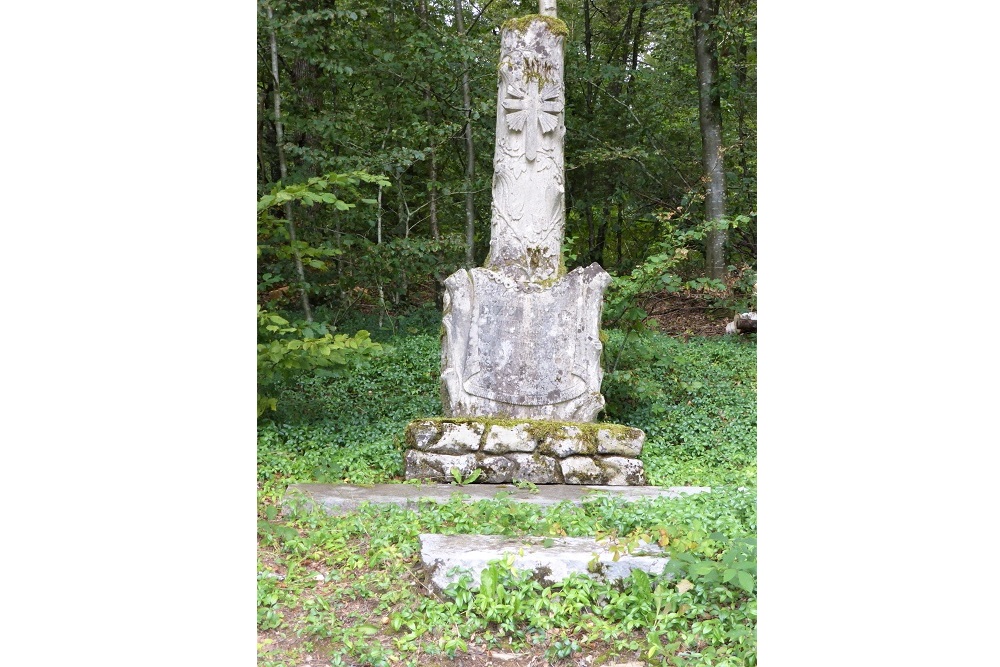 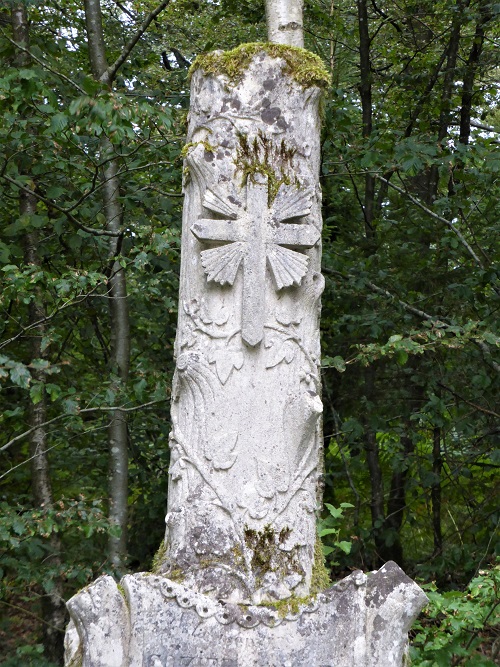 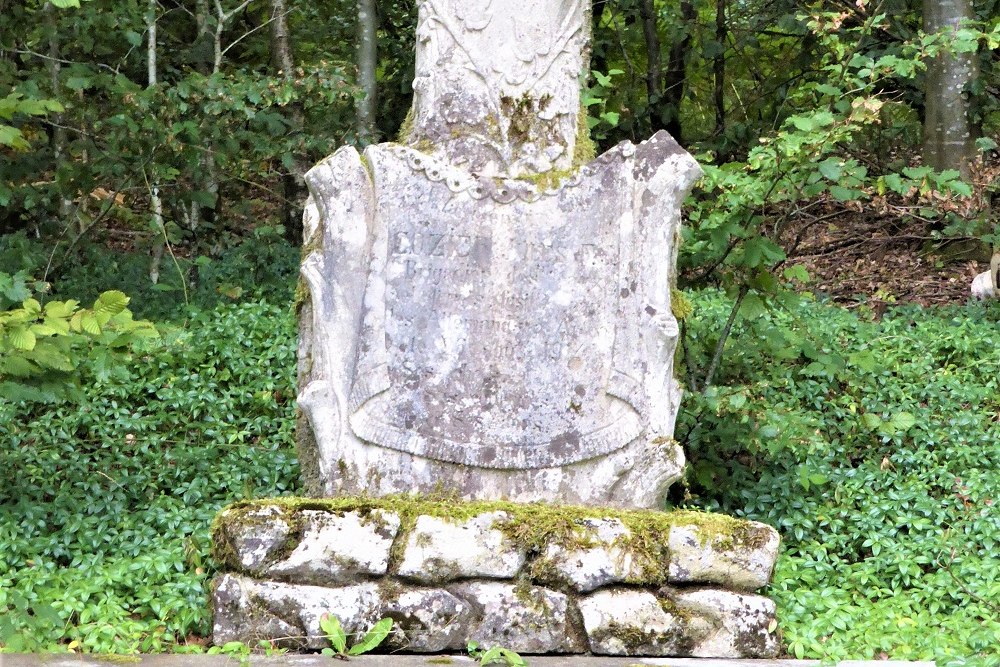 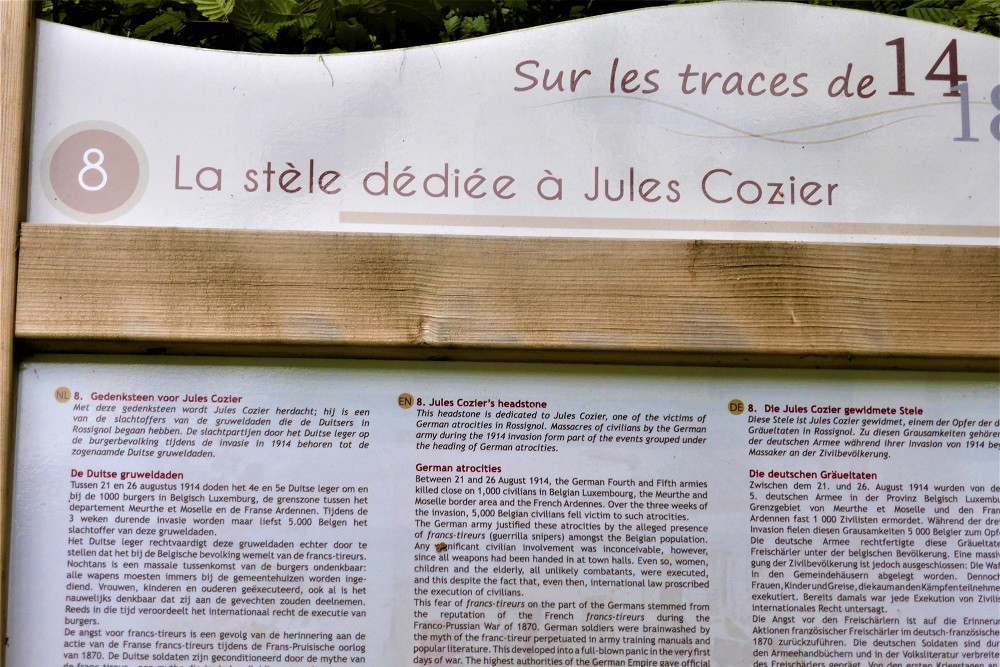 The memorial to Jules Cozier is opposite the French military cemetery Orée de la Forêt, towards Neufchâteau.
The stela represents a tree with a cross around which the tendrils of climbing plants.

Text on the stone:
" In memory of
COZIER Jules F.J.
Brigadier Waters
and Bossen, shot by
the Germans in Arlon
on August 26, 1914
His boss,
His colleagues
His friends "

During the German invasion, an important battle took place between French and German forces in Rossignol. Despite their victory, the Germans were exasperated: they lost time and men in their march towards Paris. They attacked the people of Rossignol, most of the men were taken prisoner.
On Wednesday, August 26, 1914, 126 residents of Rossignol, Breuvanne and Saint Vincent, who had been arrested a few days earlier, were randomly murdered by the Germans at Arlon station, where a cattle transport had taken them.
The bodies were buried carelessly in a communal well in the municipal cemetery of Arlon.
The families of the victims campaigned for the repatriation of their loved ones to their home village.
On July 18 and 19, 1920, the bodies of 122 victims were exhumed and transferred to a mausoleum in Rossignol. His Majesty King Albert I went to Arlon to the departure of the funeral procession, which, after two days, passed Stockem, Fouches, Vance, Etalle, (night of mourning), Sainte-Marie and Tintigny, reached Rossignol.