Monument to the French Colonials and "Marsouins" 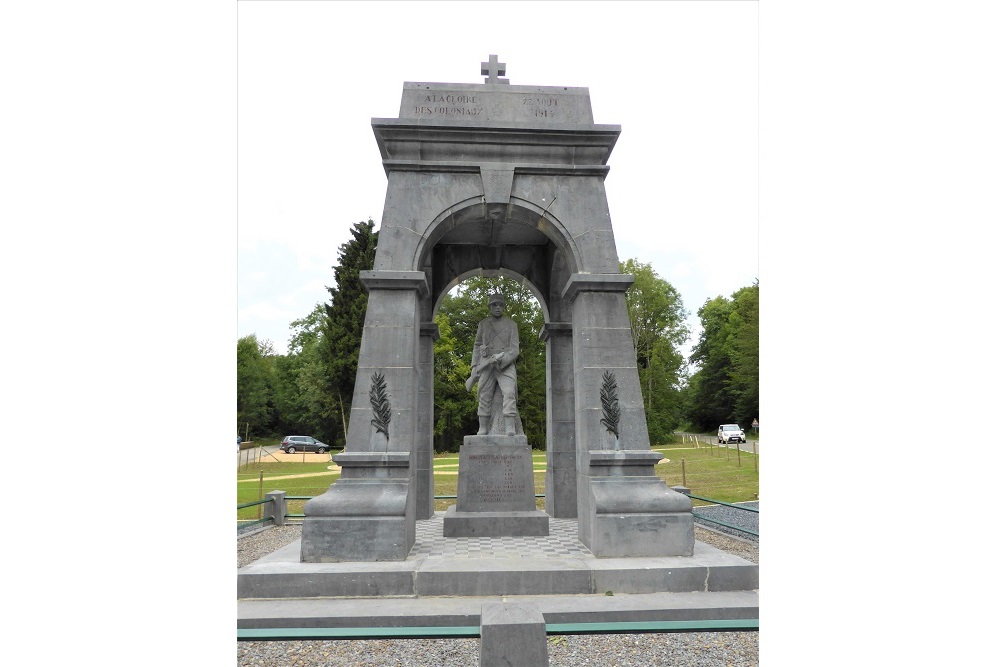 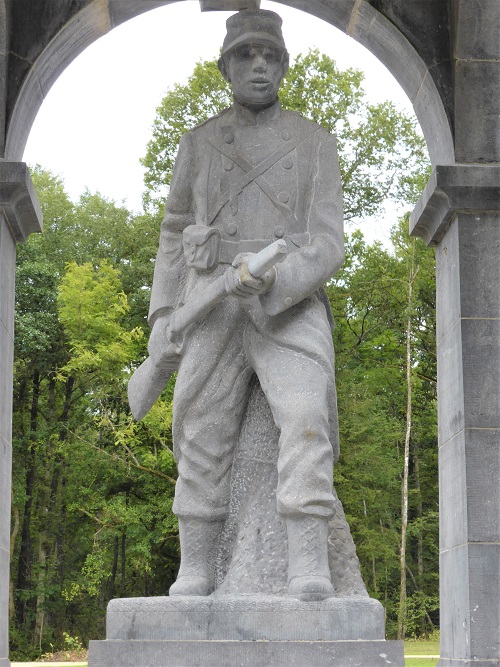 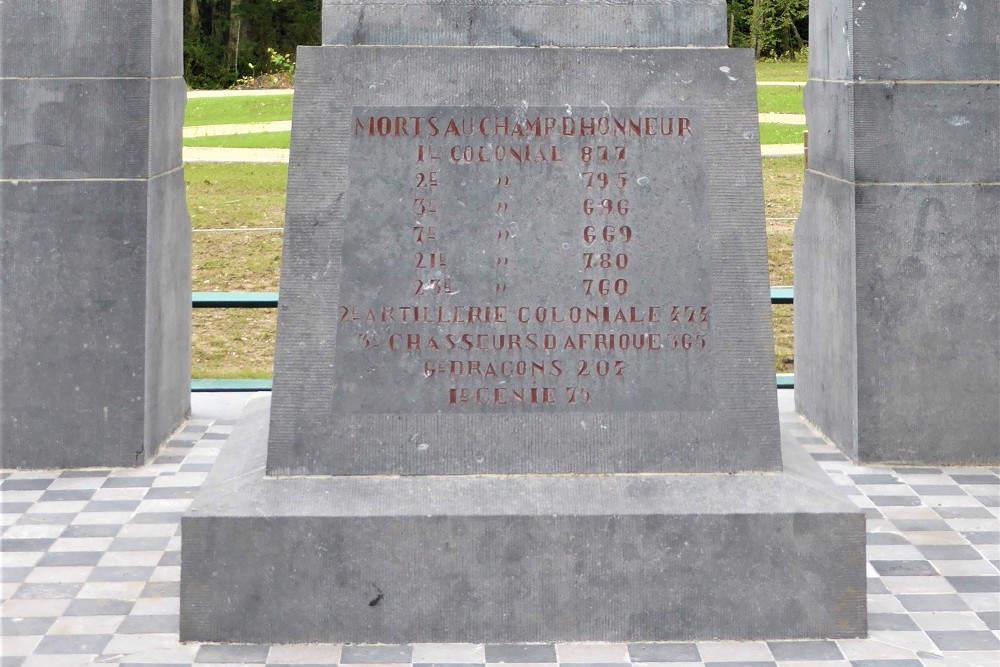 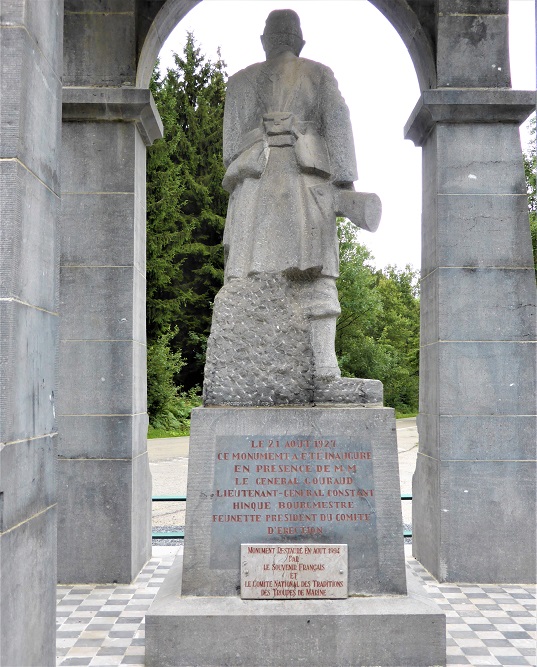 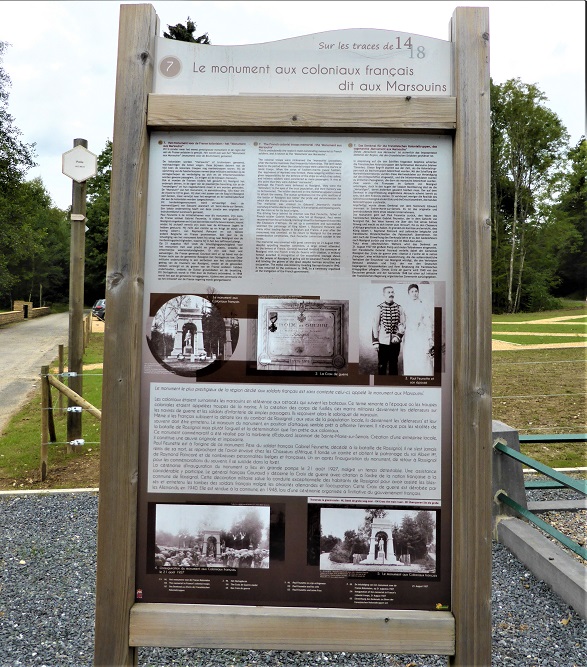 Monument to the French colonials and the Belgian dead from 1914-1918, located at the French military cemetery l'Orée de la Forêt.

"Belgian soldiers died on the field of honor (4 names)
The southern cemetery contains the graves of 2,379 unknown French soldiers "
August 21, 1927

At the back: text about the inauguration of the monument.

This monument was erected in honor of the French colonial soldiers who fought at Rossignol on August 22, 1914. The French colonials, called the navy troops (nickname marsouin), were then considered the elite of the French army.
The "Marsouin" of the monument, in attack position, seems ready to face the enemy.
He is not so much reminiscent of the Battle of Rossignol itself, but refers to the sense of honor and determination attributed to the colonials.
The statue was made by Edouard Jeanmart's marble mill from St. Marie-sur-Semois. A founding committee was founded on the initiative of the father of Gabriel Feunette, a French soldier who died in this battle. His father would never get over his death for blaming himself for sending his son to the African Hunters. Paul Feunette received the patronage of King Albert I and of numerous Belgian and French personalities. The solemn inauguration took place on August 21, 1927. A year later the father came to the memorial in Rossignol and then committed suicide in the woods.
In 1927, the War Cross was also presented to the municipality of Rossignol to honor the exceptional behavior of the inhabitants during the war. The badge was stolen by the Germans in 1940 but returned in 1948.

Source: information board at monument