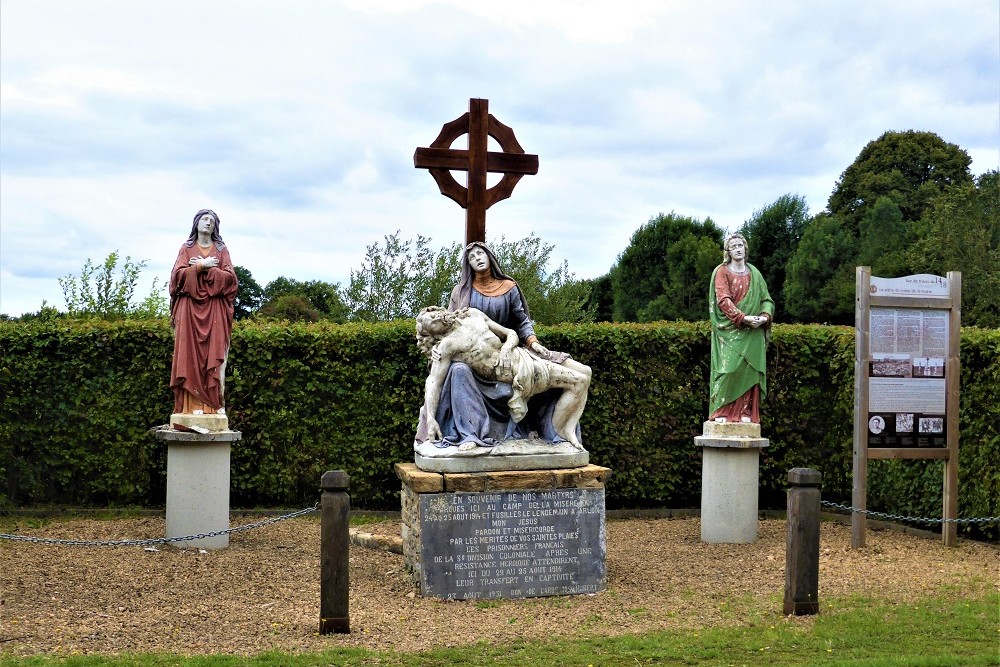 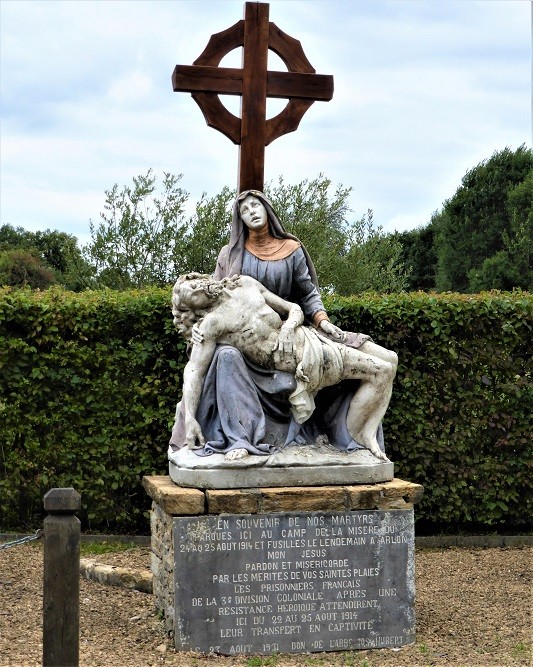 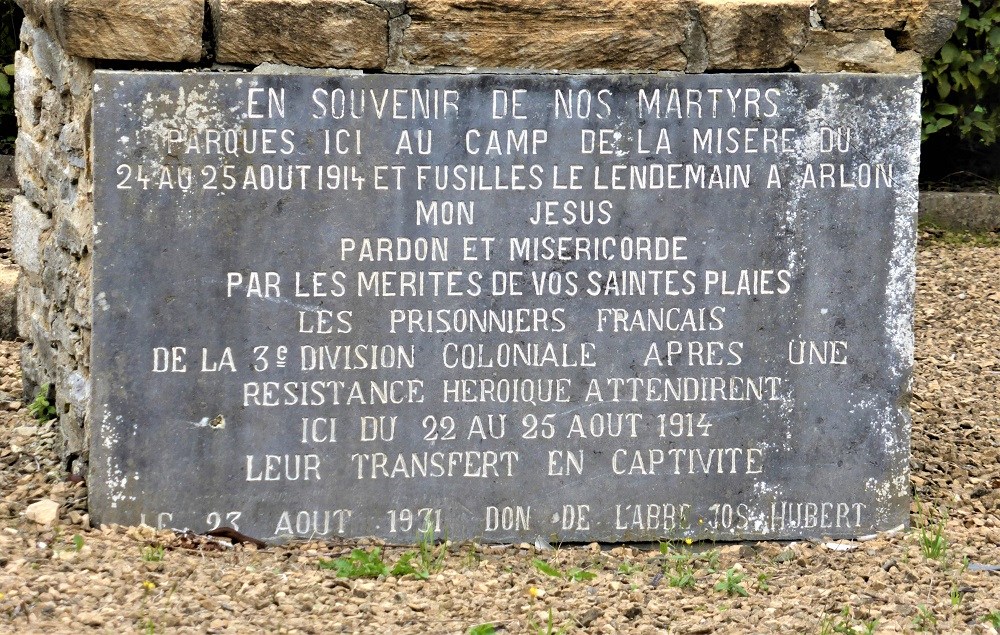 Beautiful calvary with a pieta in the middle under the cross, on the left the statue of Mary Magdalene, on the right the apostle John.
This pieta is dedicated to the inhabitants of Rossignol, shot in Arlon, and the French soldiers deported to Germany in 1914.

The French soldiers were captured by the Germans after their defeat at the Battle of Rossignol on August 22, 1914. About 2,600 soldiers and three generals were held on a pasture along with citizens of Rossignol who were detained by the Germans. On August 25, the French prisoners were deported to Germany.
On August 26, the 122 civilians (108 from Rossignol, including 1 woman, 7 from Breuvanne, 5 from St. Vincent and 2 from Tellancourt) were shot near the Schoppach bridge in Arlon, on German orders, without any form of trial.
The pasture on which they were held was named "Camp of Misery", a reference to a peninsula in Sedan where French prisoners were held during the war of 1870. The pietà, a gift from the pastor of Rossignol Joseph Hubert, lies in front of the camp of misery.

Text on the plate:

"In memory of our martyrs
detained here in the camp of misery
from 24 to 25 Aug 1914 and executed the next day in Arlon.
My Jesus
forgiveness and mercy
through the merits of your sacred wounds.
The French prisoners
of the 3rd Colonial Division were waiting
here, after a heroic resistance,
from 22 to 25 Aug 1914 op
their transfer into captivity "