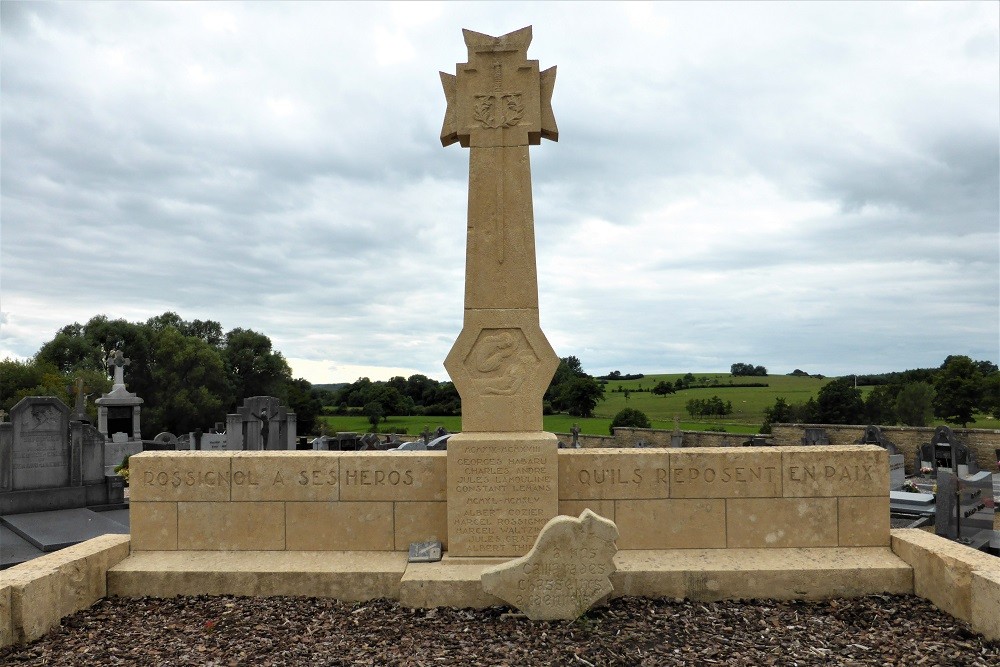 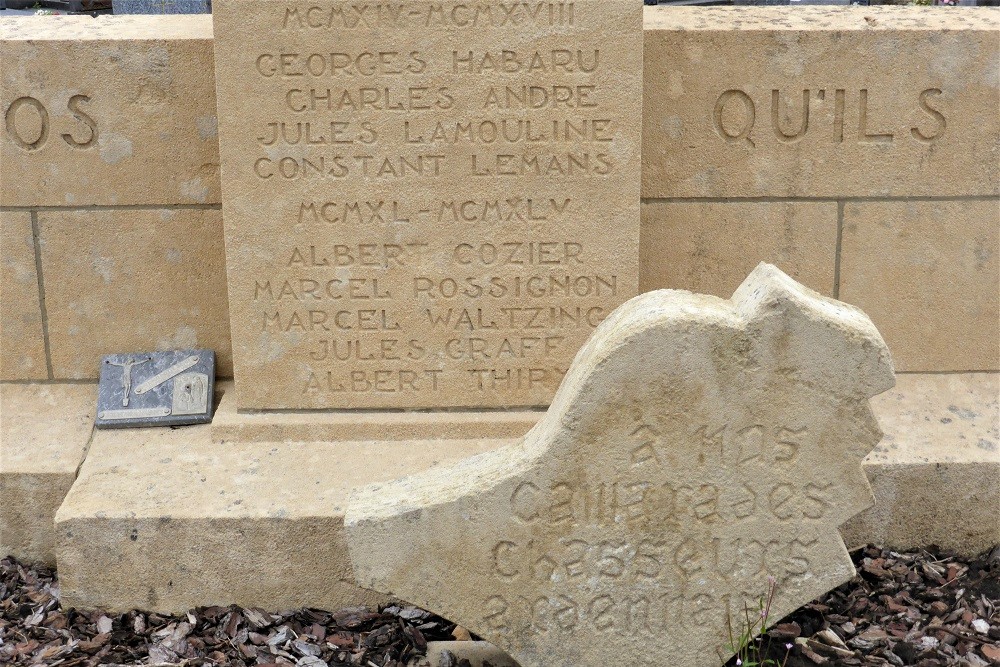 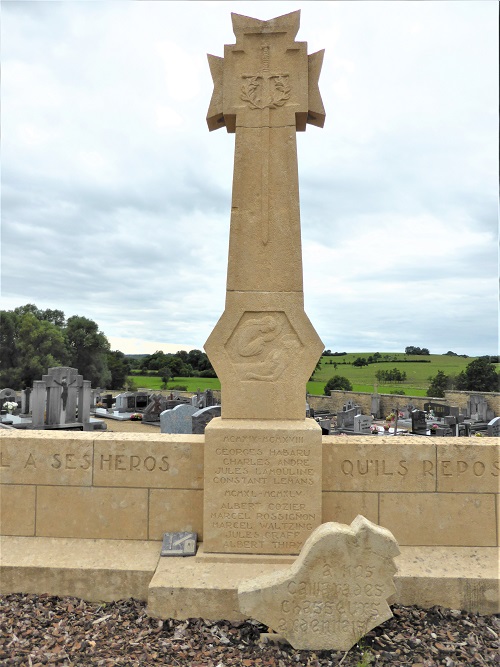 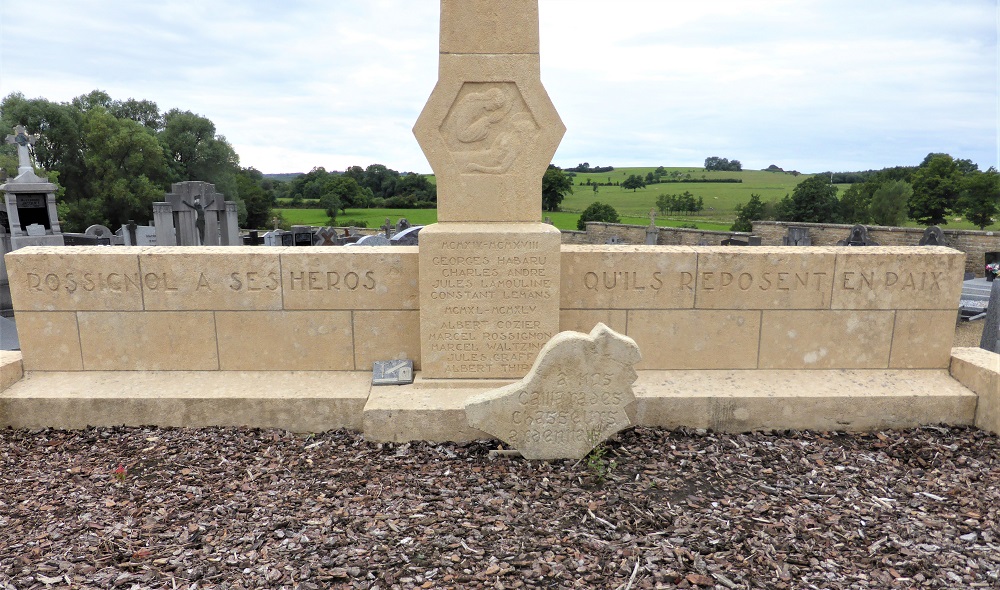 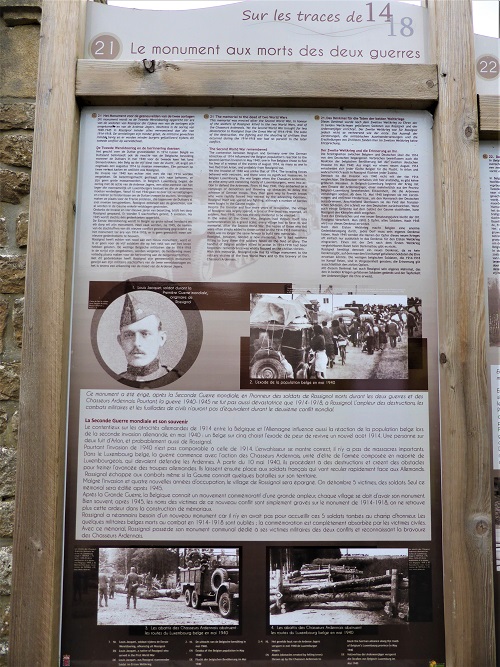 The memorial for the 2 world wars is located in the municipal cemetery.
Founded after the Second World War in honor of the Rossignol soldiers who died in one of the wars, it is also a recognition of the bravery of the Ardennes Hunters.
The 1940-45 war was less devastating than the 1914-18 war. The destruction was less severe, the military fighting less fierce and fewer civilians were executed during this second conflict.

In the center of the monument:
Rossignol to his heroes - that they may rest in peace

There is another small stone in front of the monument:
"To our comrades
Ardennes Hunters "