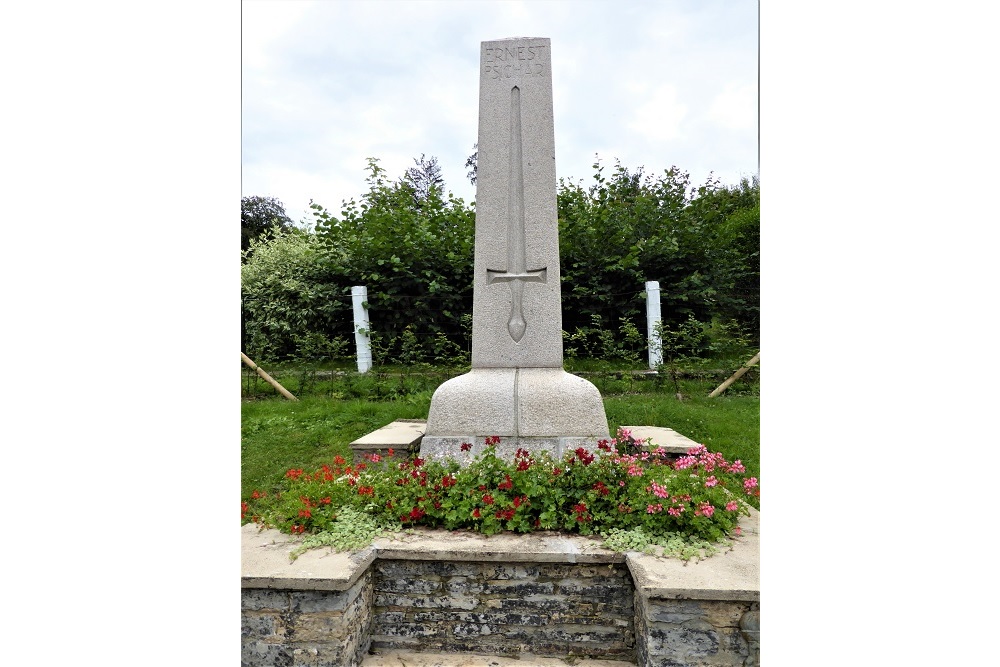 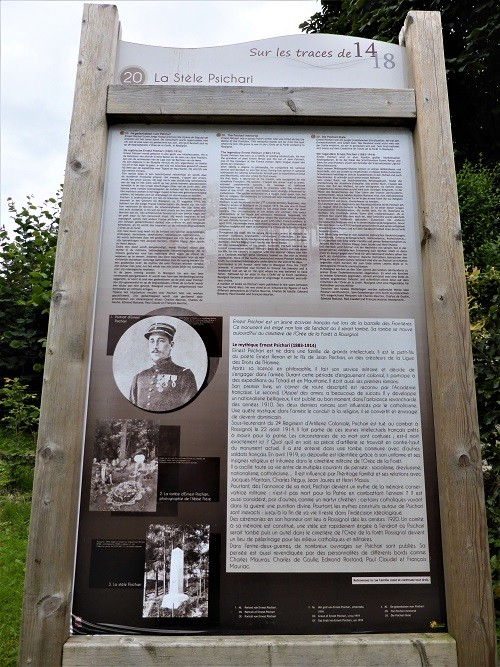 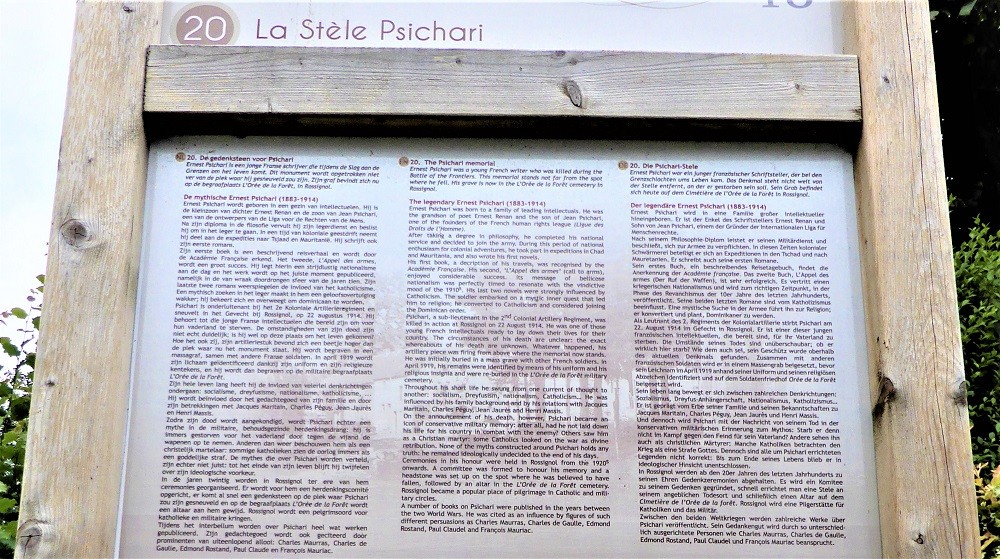 Memorial to Ernest Psichari, died in Rossignol on August 22, 1914.

Ernest Psichari (September 27, 1883 - August 22, 1914) came from an intellectual family of the upper bourgeoisie. He was a French officer and writer.
As a lieutenant in the colonial troops, he authored several autobiographical works that were particularly appreciated in French nationalist circles.
Converted to Catholicism at the end of his life, he fought in Belgium during World War I as a lieutenant in the 2nd Colonial Artillery Regiment.
He was killed in Rossignol on August 22, 1914, during the Battle of Rossignol, part of the Battle of the Borders. Caught between German troops on the one hand and the Semois on the other, the French troops had no chance and were killed on the spot.
He was then 30 years old.
Psichari was buried in a mass grave along with other French soldiers. In April 1919 his body was identified thanks to his uniform and religious badges.
He was then buried in the military cemetery l'Orée de la Forêt where an altar was erected in memory of Psichari, at the initiative of the poet Thomas Braun and Henri Massis, monarchist of the French action.