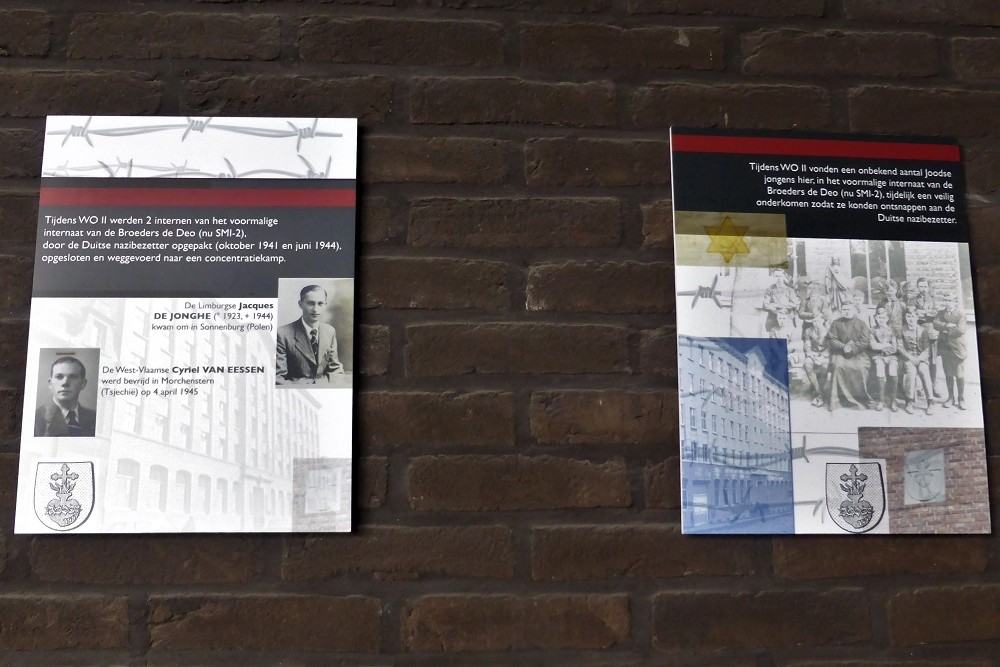 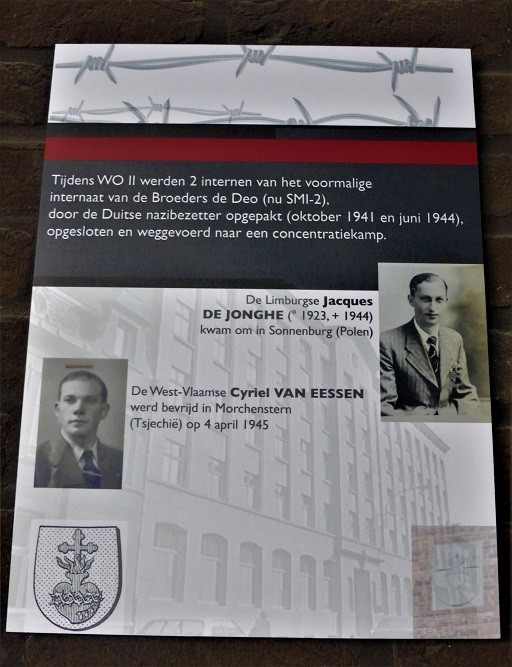 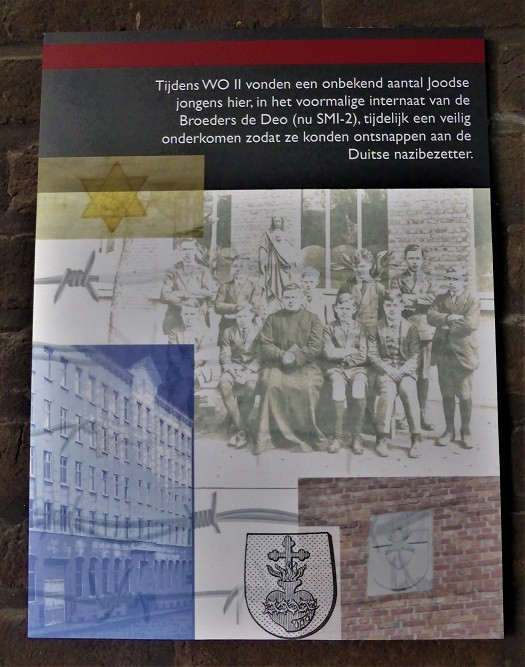 To remember what happened in World War II, two plaques have been placed on the facade of the Sint Maarten Institute to commemorate the victims of the Nazi terror.
One plate reads: "During WWII, two boarders at the boarding school of the Broeders De Deo were arrested by the German occupier, locked up and taken to a concentration camp."
The second plaque shows that an unknown number of Jewish boys found shelter in the former boarding school of the Brothers De Deo during the war.

Where the school is now located, it used to be the boarding school of the Brothers De Deo and later of the Free Technical Institute. During the Second World War, the brothers' boarding school was a safe haven for several Jewish boys, who thus escaped the Nazi persecution and the Holocaust. The boarding school may have been part of a secret network that wanted to get Jewish children to safety. Aalst had ties with Brussels through textiles. The Jewish children were taken from Brussels to Aalst, were given new papers here and were thus able to stay out of the sight of the Nazis.
To perpetuate the courage of the Brothers De Deo, these 2 commemorative plates were unveiled at the SMI on September 21, 2019.

Historical research shows that there were more Aalst 'Achterhuizen' during the Second World War than expected. At least 30 Jews stayed in Aalst and found shelter here during the Nazi persecution.
The shelters are now known. One of the most remarkable hiding places was in a building that housed a German recovery workshop during the day. The German soldiers carried out repairs to their uniforms and tents there. Fortunately, the Germans never discovered that Jews were hidden in the same building.