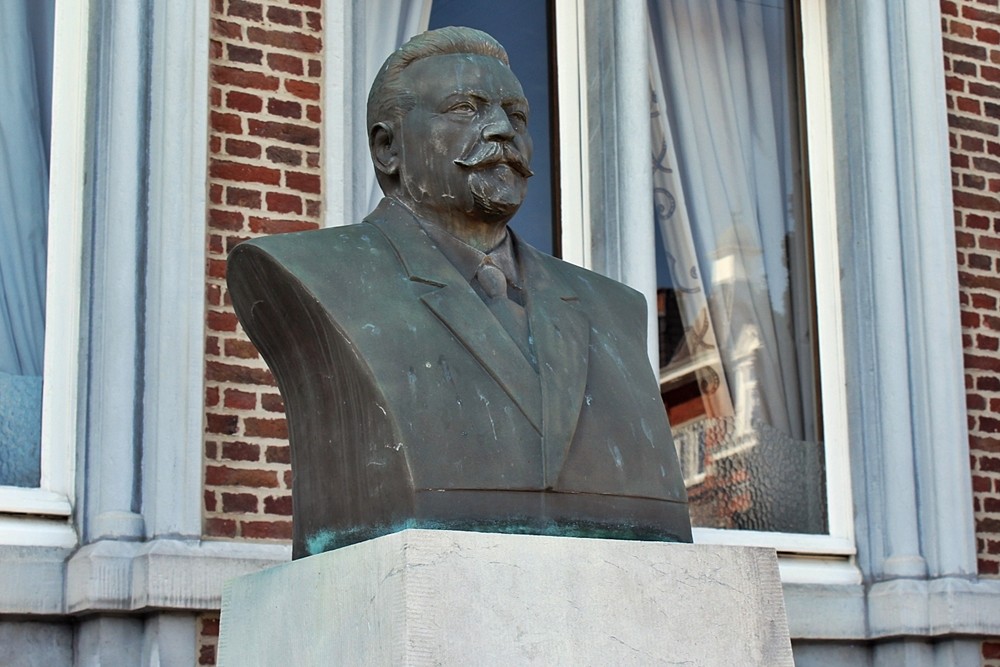 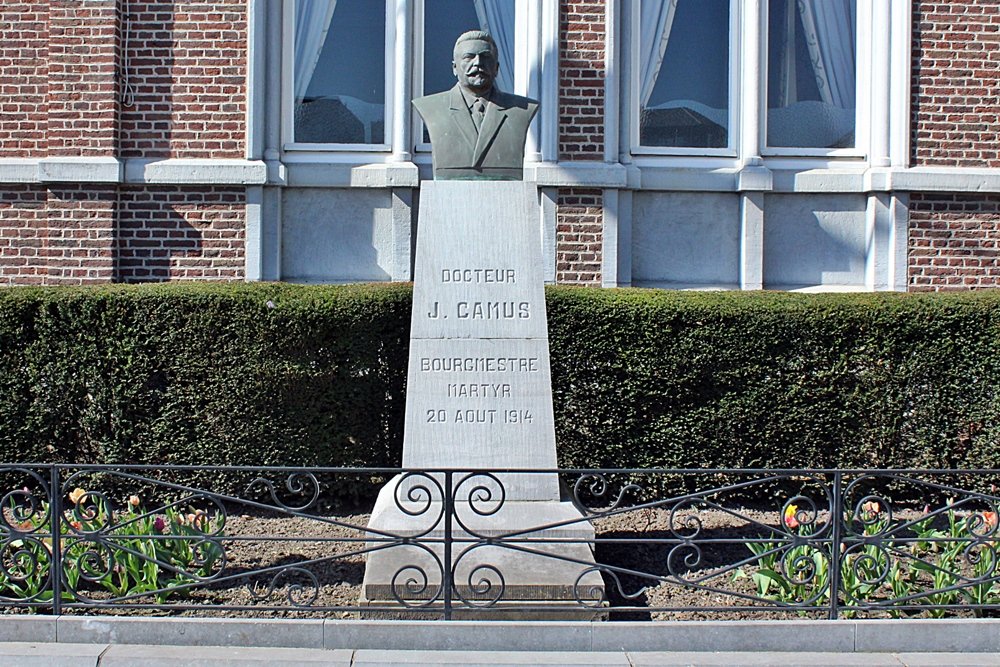 The facts
On August 7, 1914, a few days after the invasion of the Germans, the municipal authorities took urgent measures to protect the population against the violence of war: gatherings of more than 5 people were banned and a curfew from 8:00 p.m. set. Mayor Jules Camus repeatedly warns the population not to use force against enemy forces and all firearms and ammunition should be taken to the police station.
On August 19, when the German troops are faced with a destroyed Maas bridge, they seek out Mayor Camus, who has a hard time. He is held hostage together with Dean Cartiaux and will spend the night at the town hall. The next day, on August 20, the aggression of the German troops on the inhabitants of Andenne and Seilles increases. When panic breaks out in the late afternoon among the German soldiers because freemen are said to have fired, they cause a real terror among the population. That evening, several dozen civilians are murdered, including Mayor Jules Camus. The exact circumstances are unknown, but he was probably shot at home on the Rue Brun and dragged himself - wounded - to his pharmacy. There, on the street, his body was found.

About the monument
On December 14, 1938, the city council took the decision to erect a monument to Mayor Jules Camus. The monument consists of a bronze bust on a stone base. The words "Doctor J. Camus Bourgmestre Martyr August 20, 1914" are engraved on the pedestal. The bust is the work of Raymond Mathieu, war volunteer and former student of the Academy of Fine Arts in Ixelles. The statue was inaugurated on July 3, 1939.