Memorial Panel "Lest We Forget" 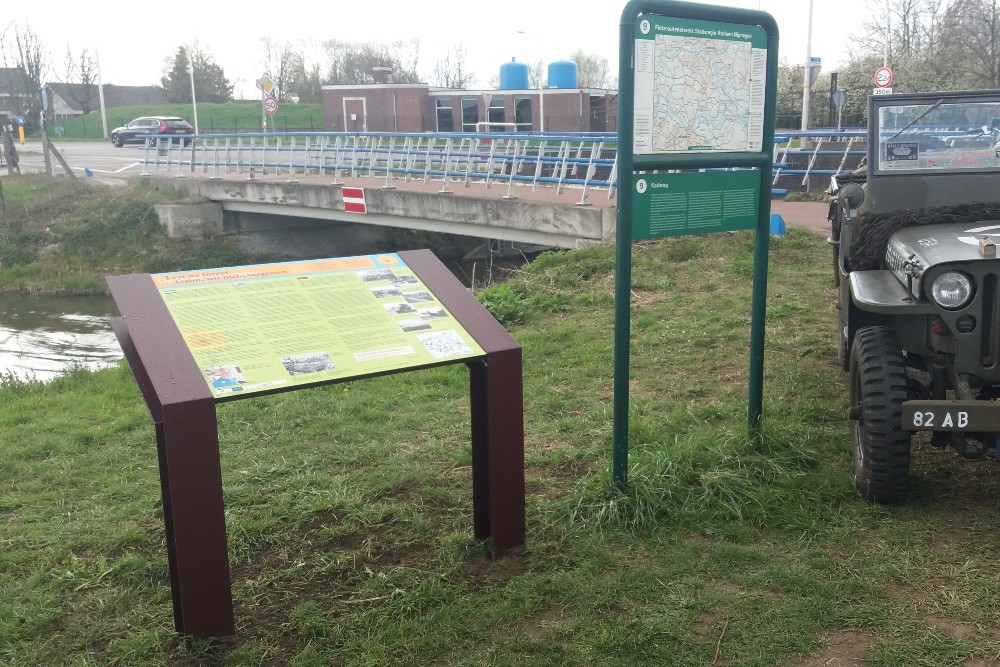 After the failure of Market Garden, all hell broke loose in the Over-Betuwe. A fierce battle raged from 1 to 4 October 1944, in which the Germans tried to chase the Allies out of the Betuwe. That did not work, so that the front came to lie along the Linge. Bemmel and Haalderen were on the British side, the rest on the German side. The civilian population was expelled in October. During a heavy bombardment on October 2, Huissen was hit, killing a hundred.

On April 2, 1945, the British captured the Over-Betuwe during Operation Destroyer. Via Gendt and Doornenburg and over the Karbrug they moved towards Huissen. When they took possession of Huissen at eleven o'clock in the evening, the current Lingewaard area was liberated.