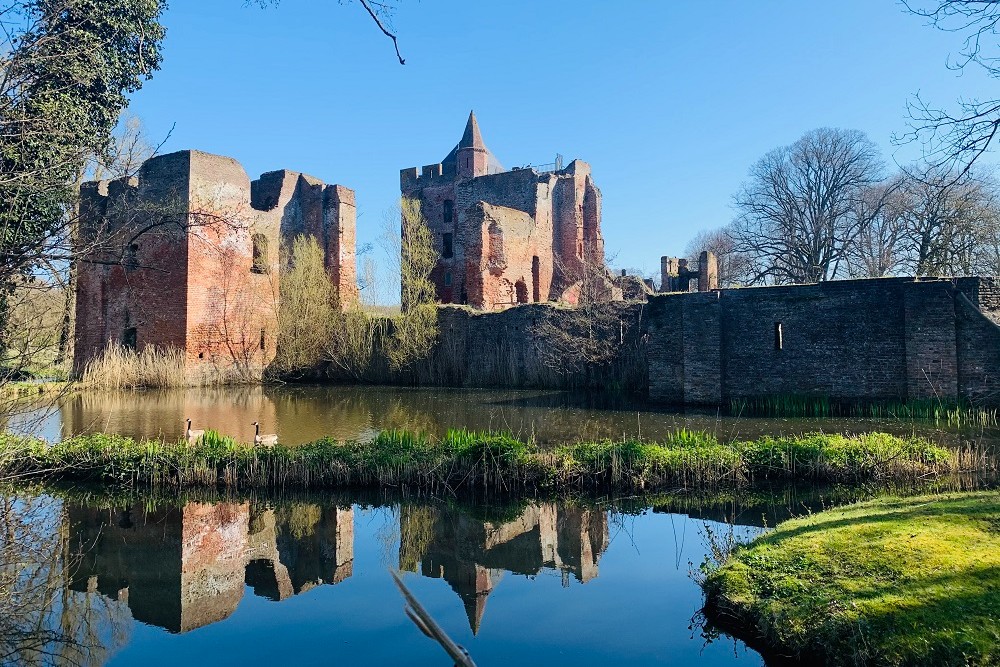 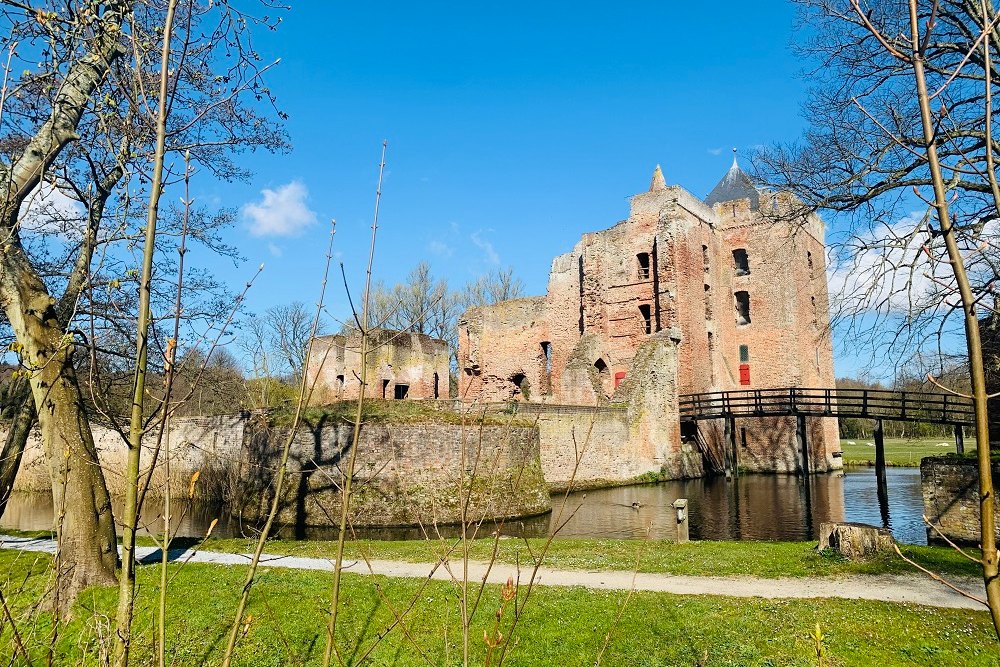 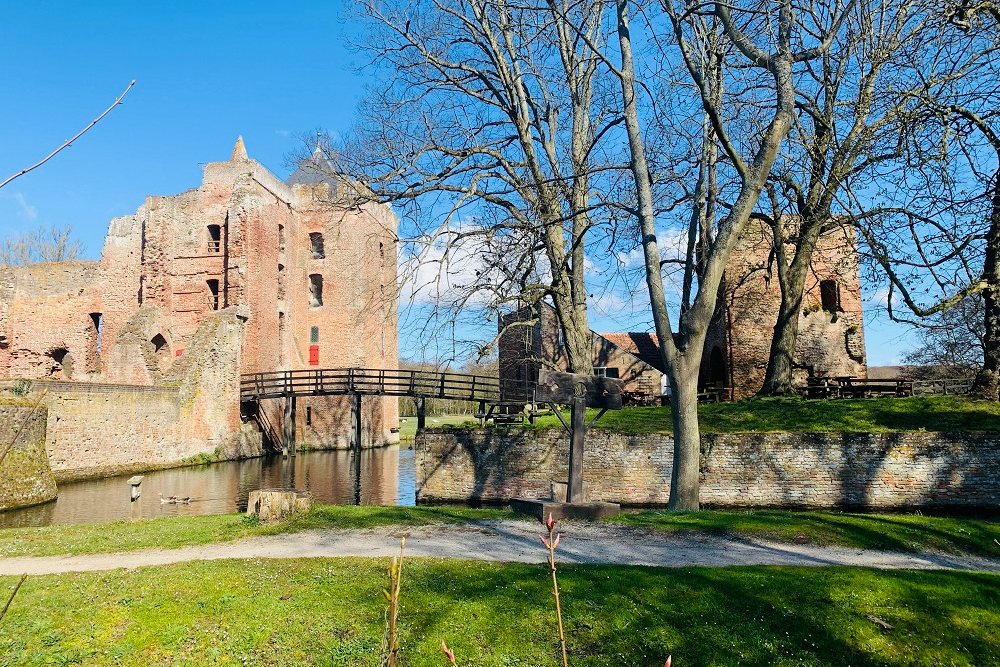 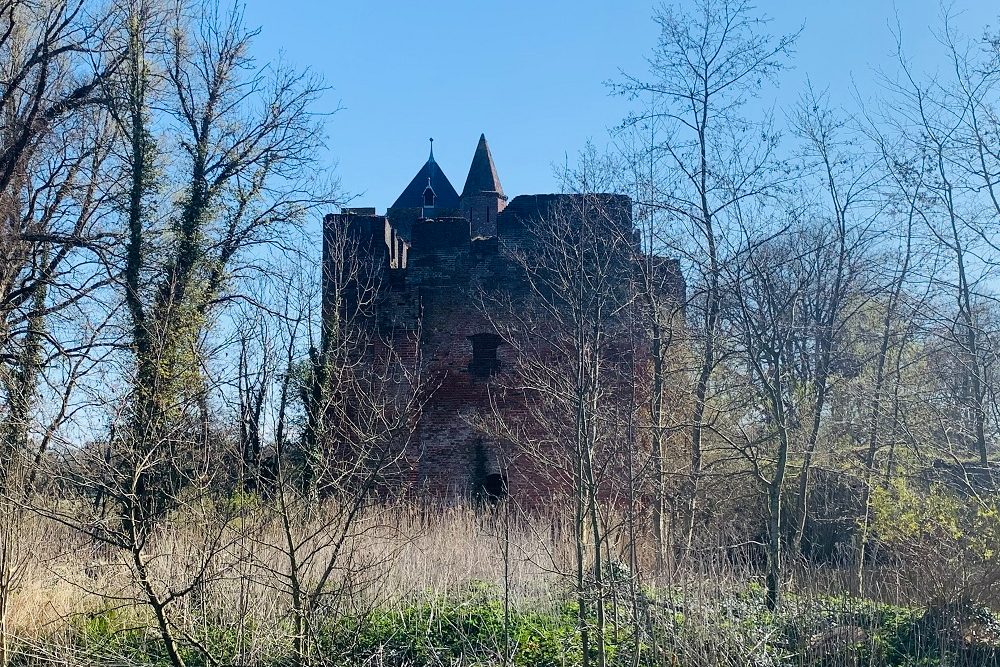 The Ruins of Brederode are the remains of Brederode Castle near Santpoort-Zuid. The castle was founded in the second half of the 13th century.
During Pentecost 1944, a propaganda film was made for the National Youth Storm (NJS) on the Ruins of Brederode. This film was entitled "Warriors of the Future". The actors were members of the NJS.
The NJS was not formally part of the National Socialist Movement (NSB), but had very close ties with this party. The NJS tried to pretend it was a non-political movement, but the ideas were largely based on the NSB ideology. "Aryan", so non-Jewish, boys and girls between the ages of 10 and 18 were able to join and it is not surprising that almost all members of the Youth Storm were children of NSB members. During the occupation, the German occupier wanted the NJS to merge into the Hitler Youth, but NSB leader Mussert and headstormer Van Geelkerken succeeded in preserving the national character of the NJS. At its peak, the NJS had 16,000 members.
The managers at the time, Mr and Mrs Van der Kort, must have been very cool-headed during the filming of the propaganda film, because at the time of the filming there were people in hiding in the manager's house: the Wolff-van Raab couple and their son Freddie.