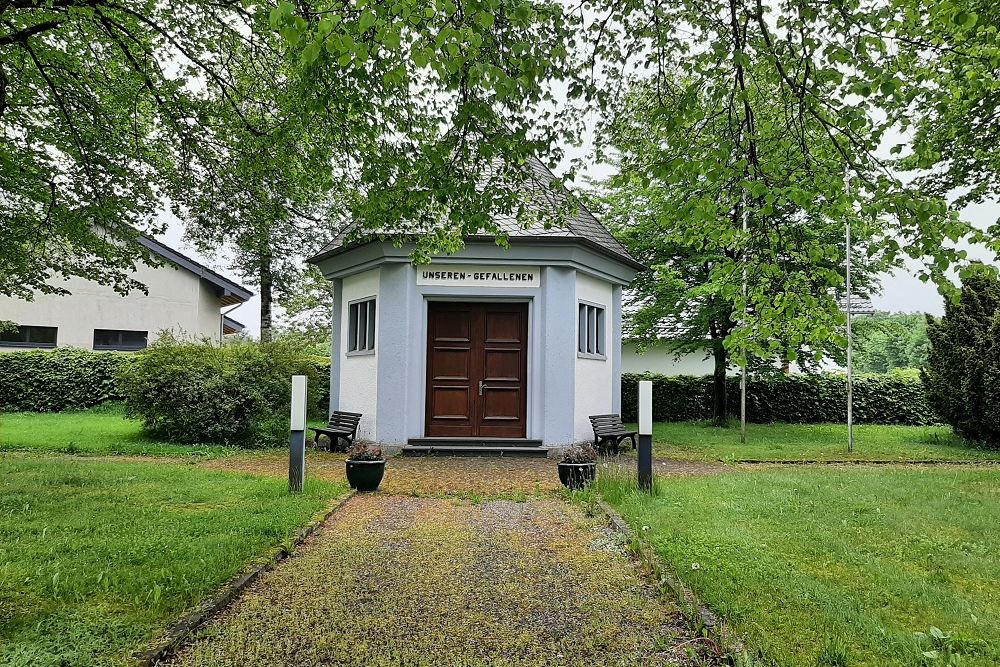 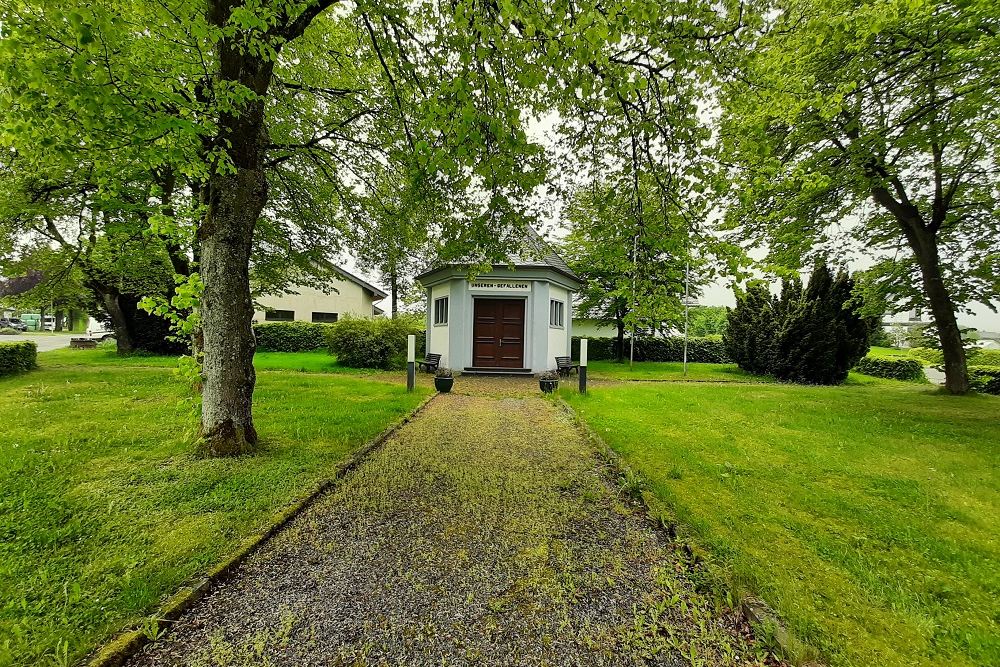 A war memorial chapel was built in Udenbreth between 1924 and 1928, which was destroyed to the ground during the Second World War. The chapel was rebuilt on the old floor plan and was inaugurated on November 7, 1954. The missing nameplates, donated by the yacht charter director Melches from Essen, were not placed until 1957.
The chapel has a hexagonal plan and originally round windows, it was made of rubble stone, the new building has three-part rectangular stained glass windows on the central part, once a cross under a steel helmet, then a white dove. On the back wall is an altar with a statue of Christ, at the foot a chalice, a chain and two elongated objects, the right one could be a knife. Behind the statue is a cross with an iron cross. In the lower wall, under the windows, white marble slabs with the names of the fallen. A dedication above the entrance and an iron cross on top of the facade.