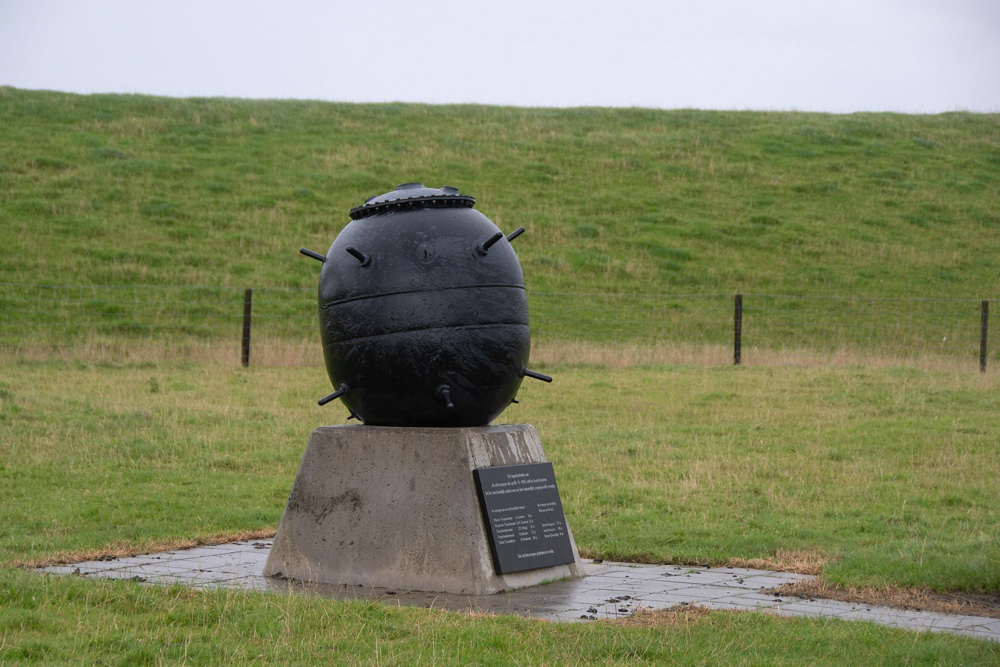 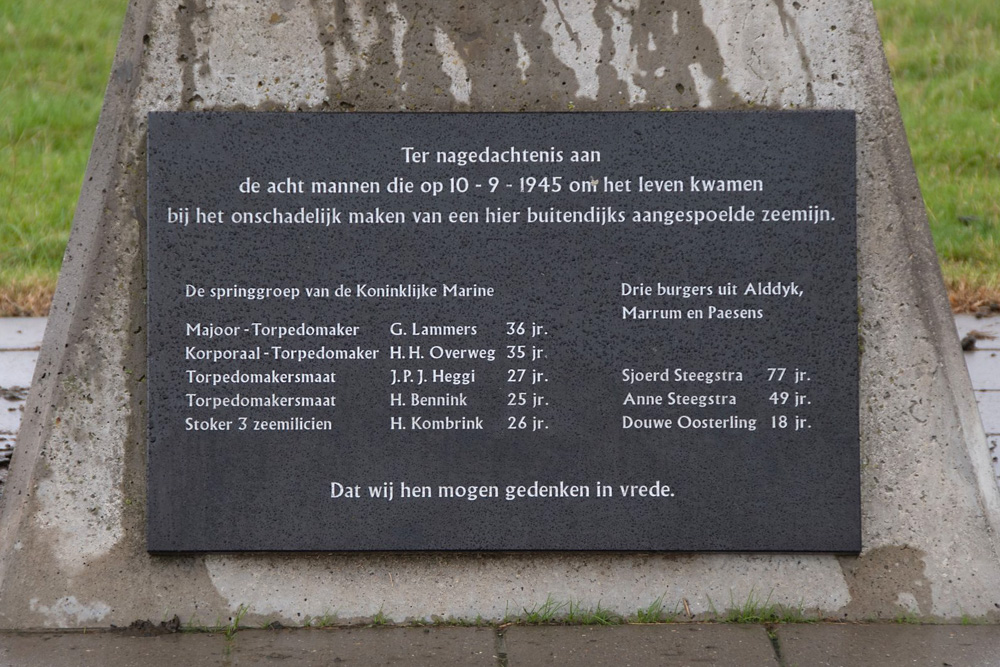 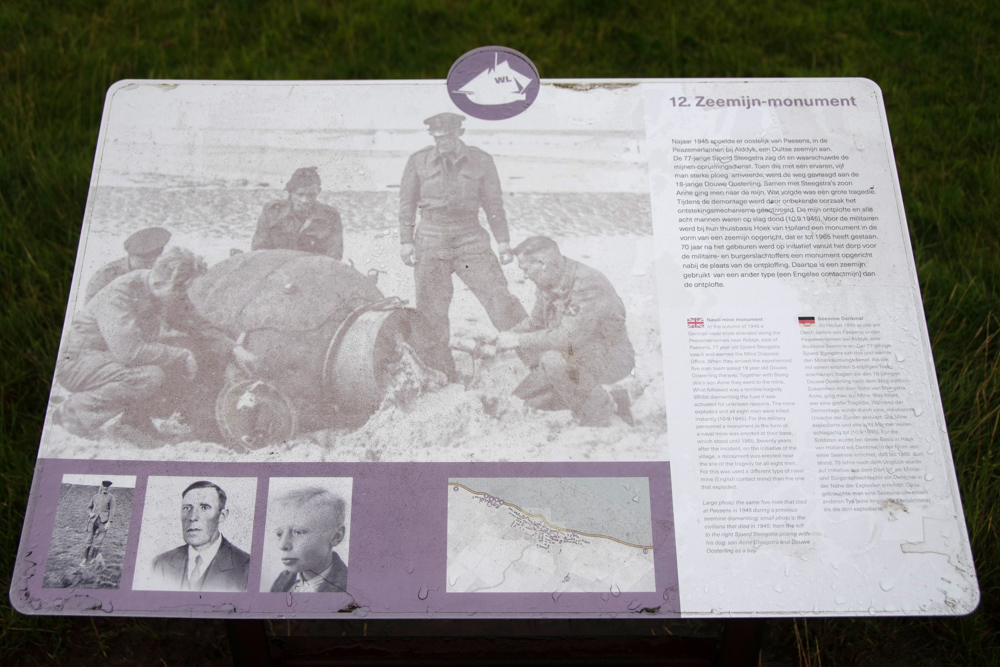 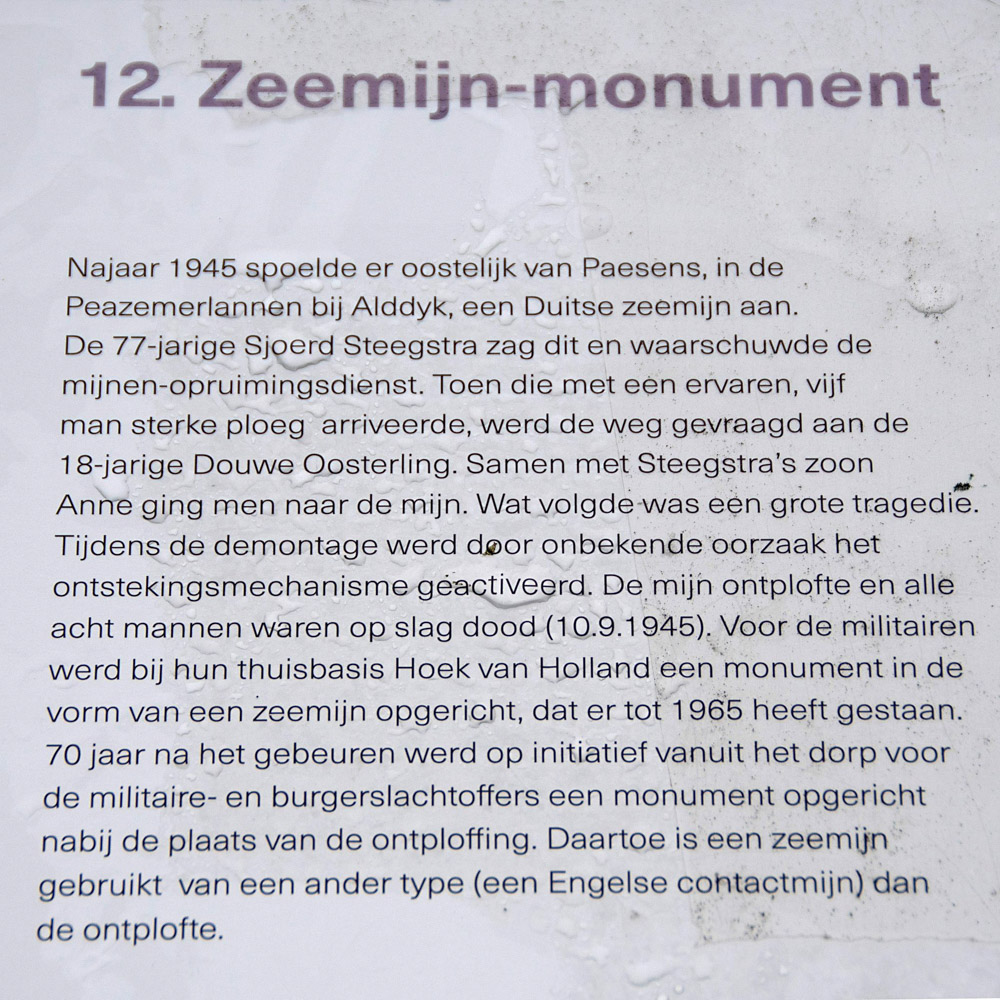 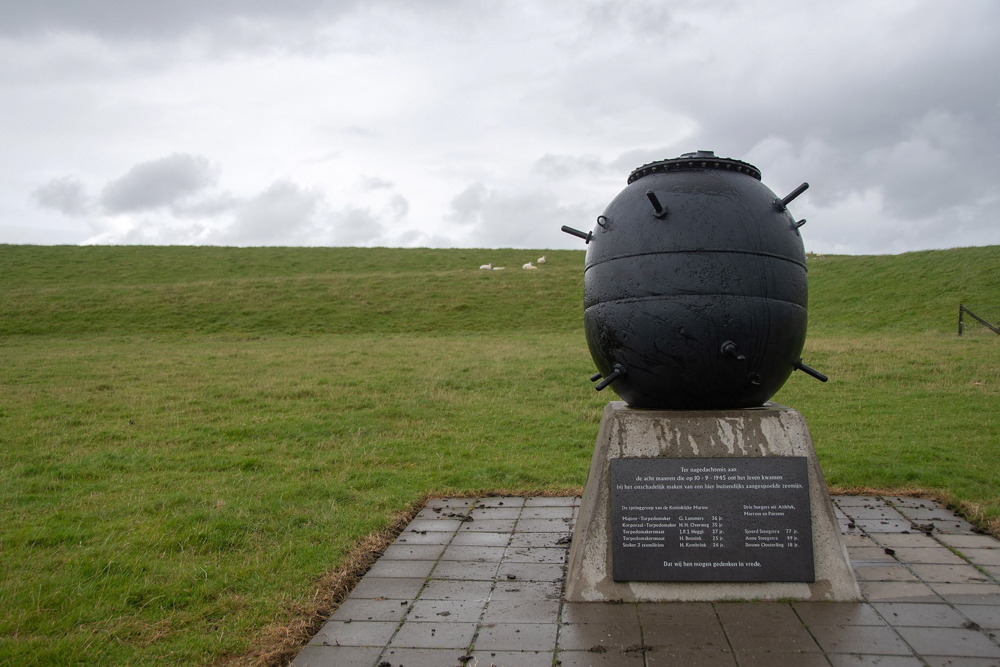 In the autumn of 1945, a German naval mine washed ashore east of Paesens, in the Peasemerlannen near Alddyk. Sjoerd Steegstra, 77, saw this and warned the mine clearance service. When they arrived with an experienced five-man team, the 18-year-old Douwe Oosterling was asked for directions. They went to the mine together with Steegstra's son Anne. What followed was a great tragedy. During disassembly, the ignition mechanism was activated for unknown reasons. The mine exploded and all eight men were killed instantly (10.9.1945). A memorial in the form of a sea mine was erected for the soldiers at their home base of Hoek van Holland, which stood there until 1965. 70 years after the event, a memorial was erected near the site of the explosion on the initiative of the village for the military and civilian victims. A sea mine of a different type (an English contact mine) than the one that exploded, was used for this purpose.