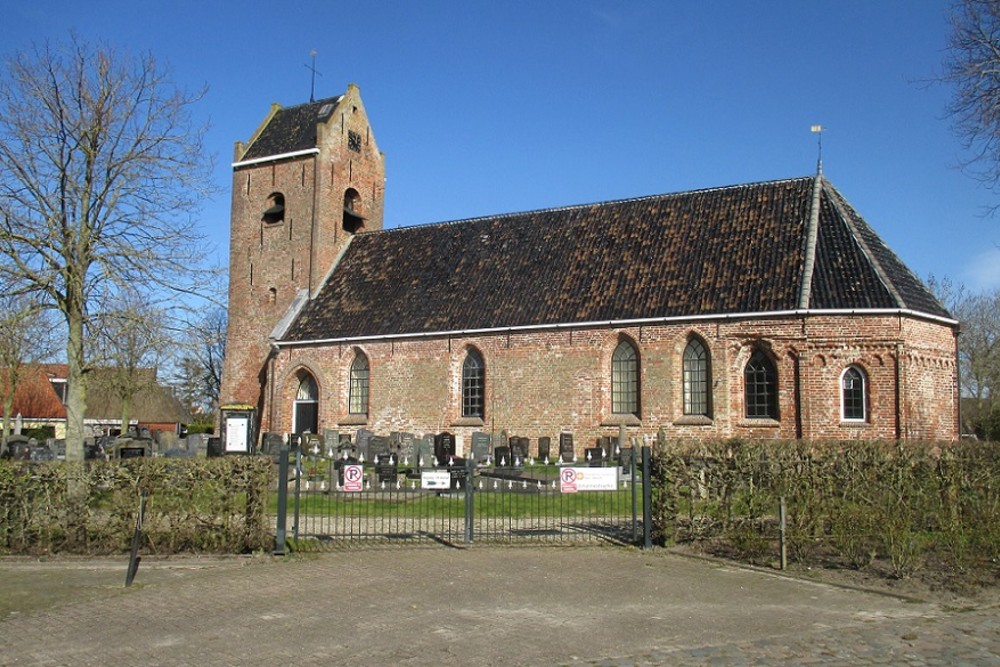 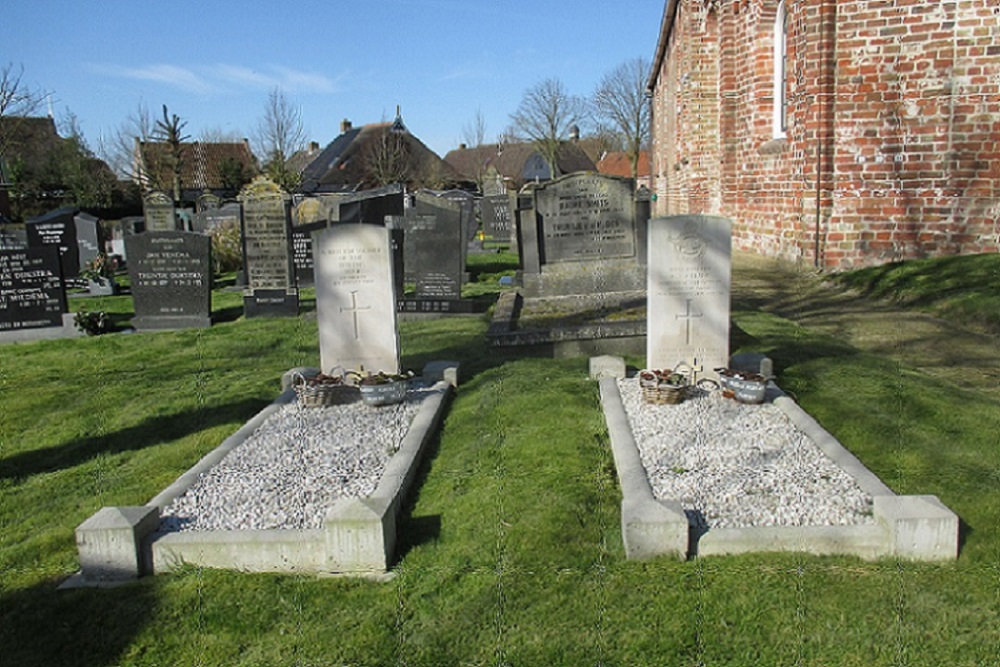 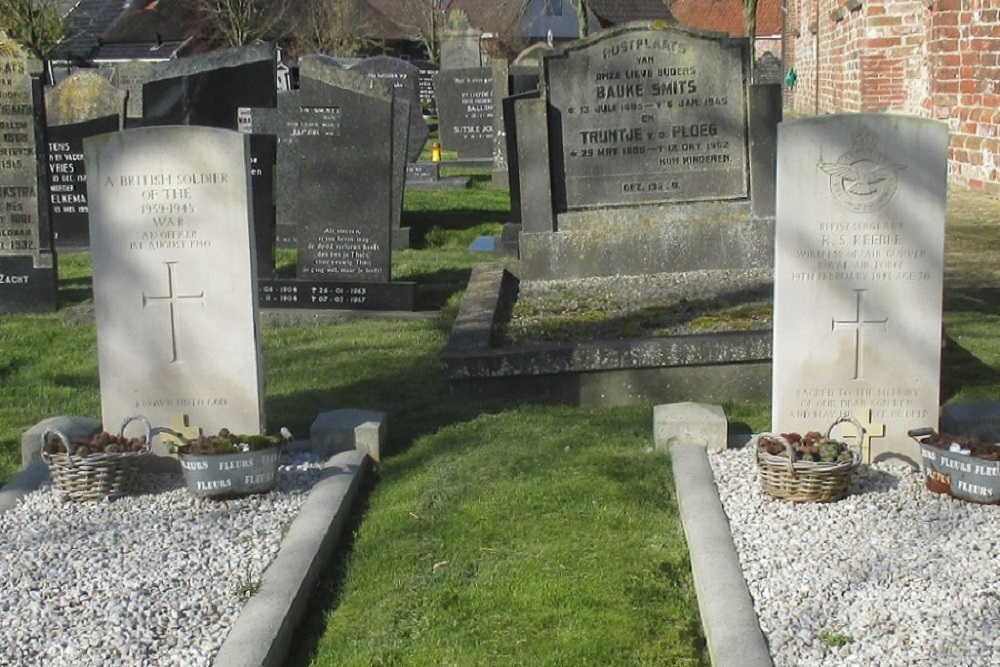 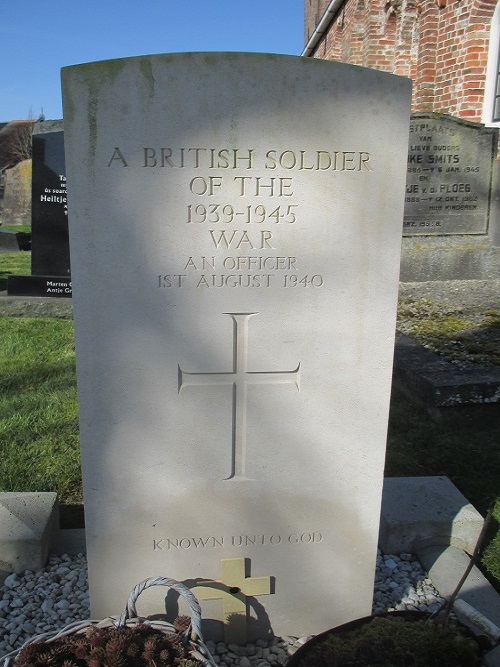 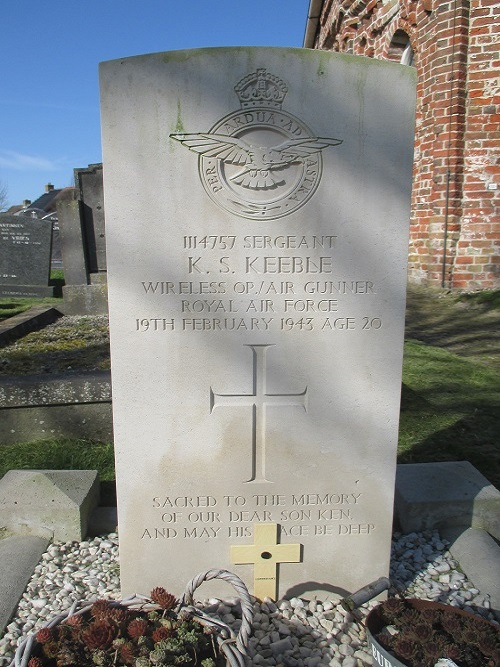 In the Cemetery of the Protestant Church in Nes, Municipality Dongeradeel are two Commonwealth war graves.
One grave of an unknown victim, the other is of grave:

On 19 February 1943 at 1735 departed from RAF Bourn, the Stirling BF378 of the No. 15 Squadron RAF, with the mission: a bombing raid on Wilhelmshaven in Germany. The aircraft was part of a formation of 195 bombers, of which 127 Lancasters, 59 Halifaxes and 9 Stirlings. BF378 was shot down over the Netherlands by the German night fighter Oberleutnant Hans-Joachim Jabs, 1V./NJG2 and crashed into the Waddenzee. All seven crew members were killed in the crash, one is buried in this cemetery. The others are buried in Nes Ameland, Wierum and Schiermonnikoog. The remaining three crew members were never recovered. In total, four bombers were lost during this mission.