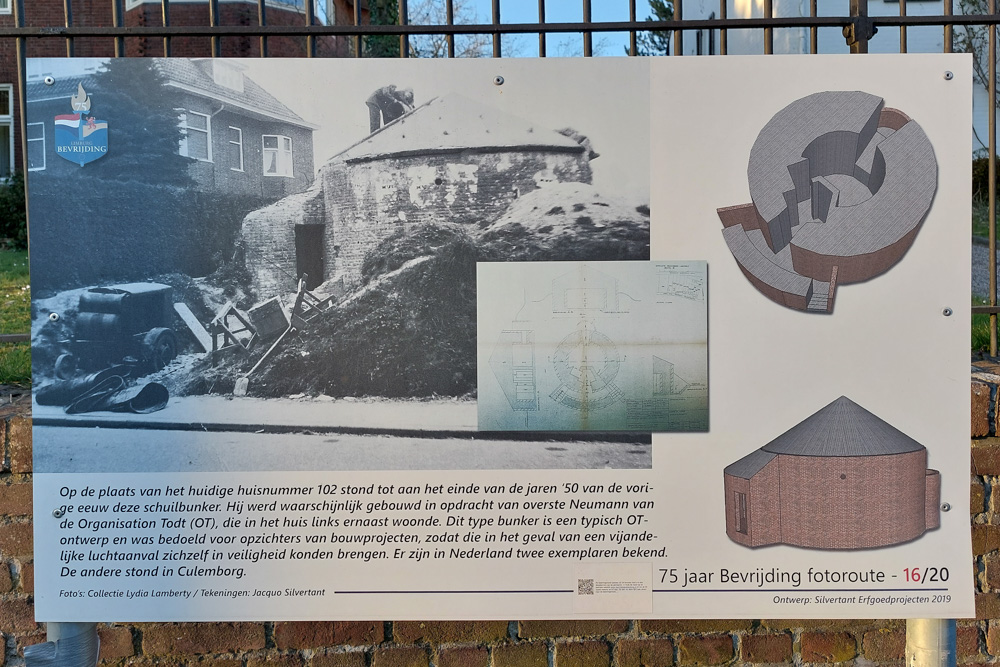 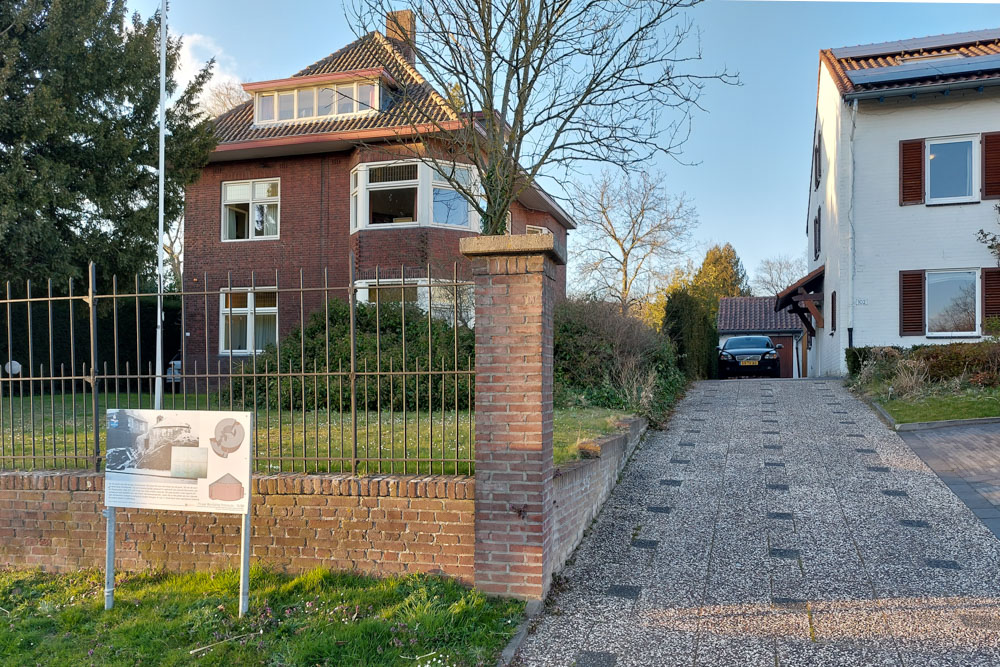 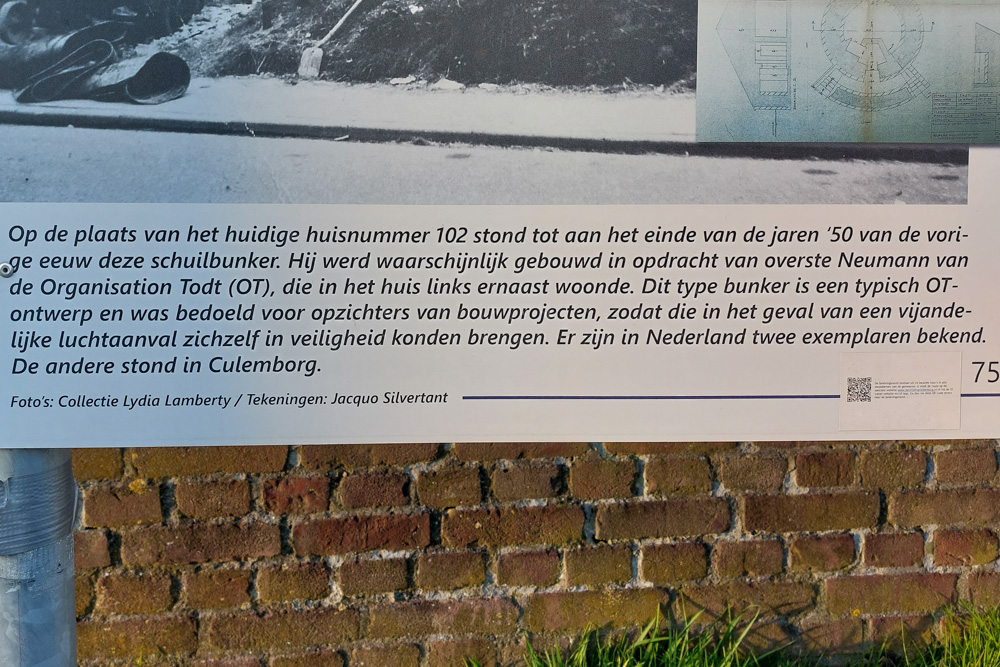 Until the end of the fifties of the last century a bomb shelter stood on the site of the current house number 102. It was probably built by order of Lt. Col. Neumann of the Organization Todt (OT), who lived in the house next door to the left. This type of bunker is a typical OT design and was intended for construction project supervisors so that they could get themselves to safety in the event of an enemy air raid. Two copies are known in the Netherlands. The other was in Culemborg.