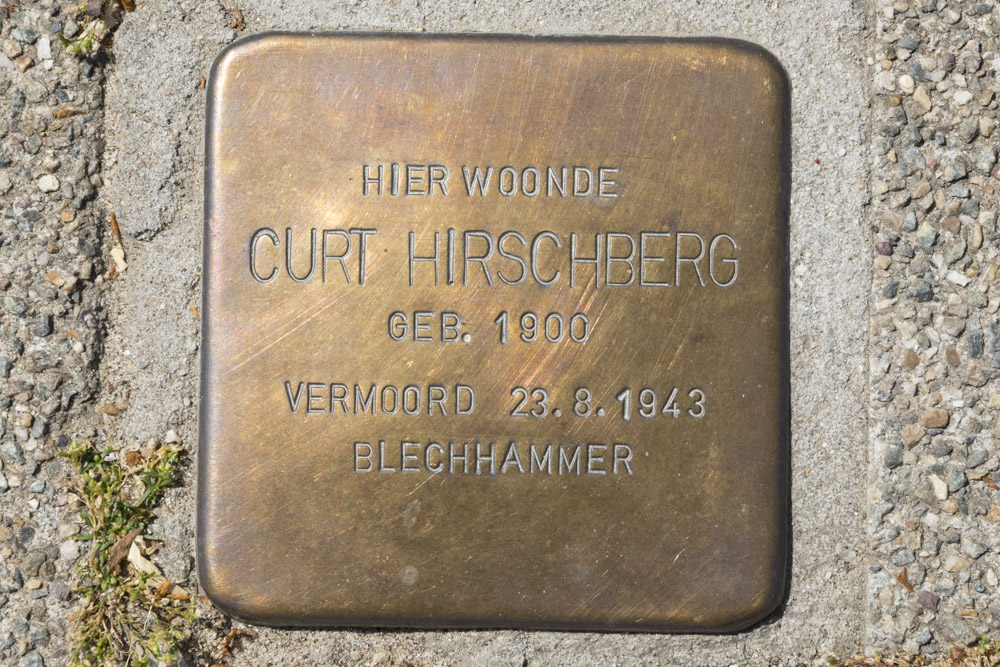 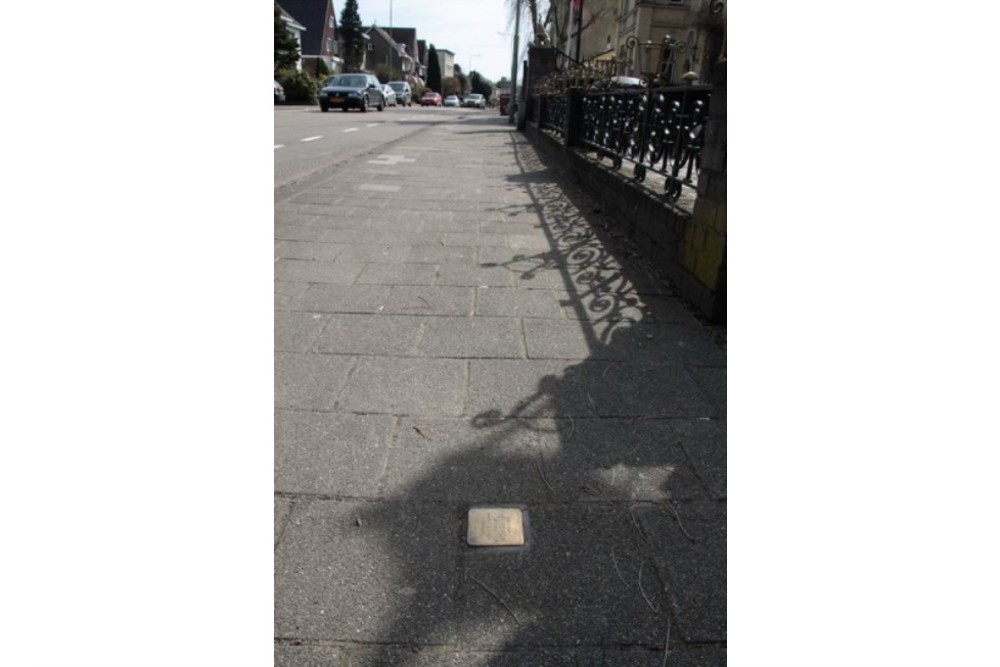 This small, brass, memorial plaque (Stolperstein or stumbling stone) was installed on 10 June 2016 to commemorate:

From 1918 until the 1930s, Curt Hirschberg and his twin brother Edwin together operated several cinemas in Breslau, Germany. They then left Germany and started a similar business in the Netherlands. They had cinema theaters in The Hague, Heerlen, Hoensbroek and Helmond. But once again they lost their business with the outbreak of WW2.

At some point, Curt was taken to a Jewish forced labor camp [Juden-Zwangarbeitslager] which provided workers for the synthetic gasoline plants located in Blechhammer. Curt Hirshberg was killed there in 1943. His twin brother survived the war. Their mother did not: she was also a Nazi victim in 1943.