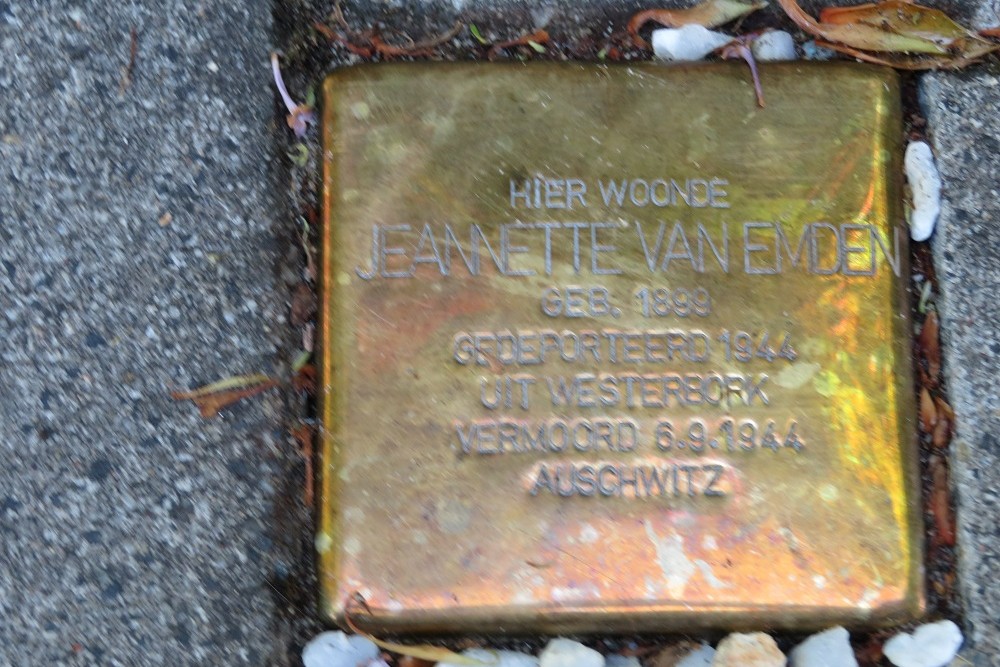 This memorial stone (so called Stolpersteine or stumbling blocks) commemorates