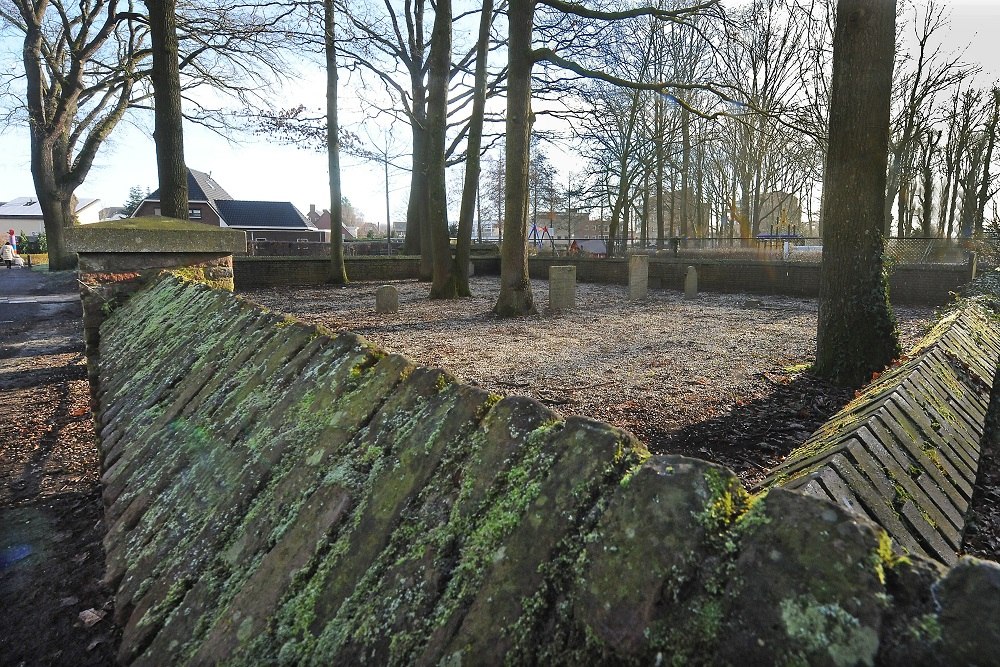 The Maisonpierre-Compris couple are located at the Jewish cemetery. They were murdered at the Zwarte Water, by order of Temmler, by Johan Berendsen and Alphons Aerts.

On September 2, the elderly couple Emanuel and Helena Maisonpierre-Compris, who had gone into hiding with the Timmermans family in Sevenum, were arrested and taken to the police station in Venlo. There, the 86-year-old man and his 58-year-old wife were locked up in a cell. Then came Mad Tuesday: September 5. Venlo was politically incorporated into the Gau Düsseldorf. Two members of the Venlo police collected both Jewish prisoners from the prison, with the announcement that they would be transferred to an Altersheim. Instead, they shot them in Venlo near the Zwarte Water.