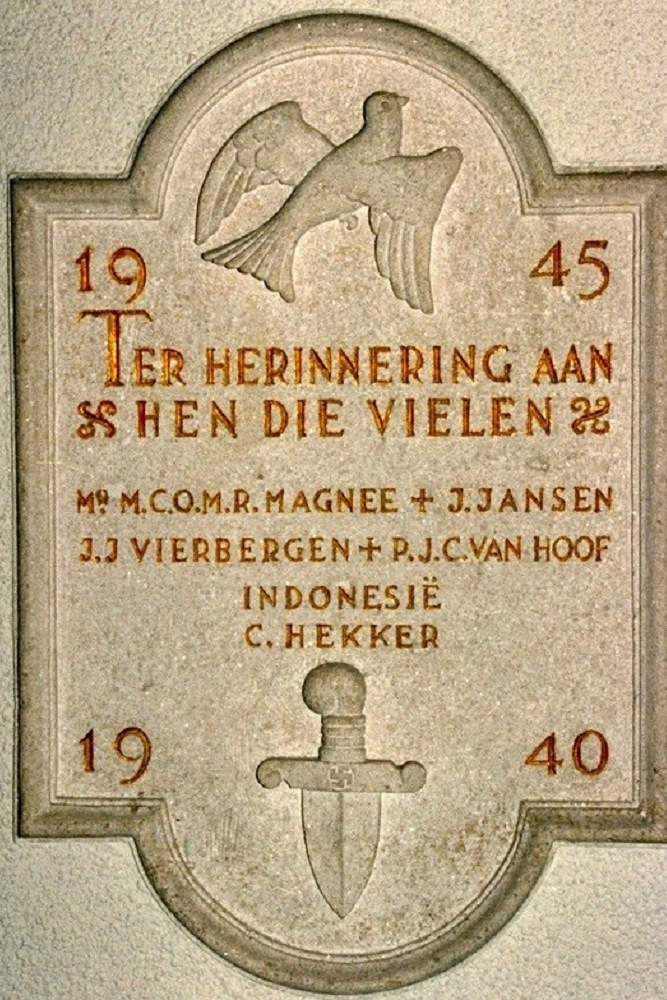 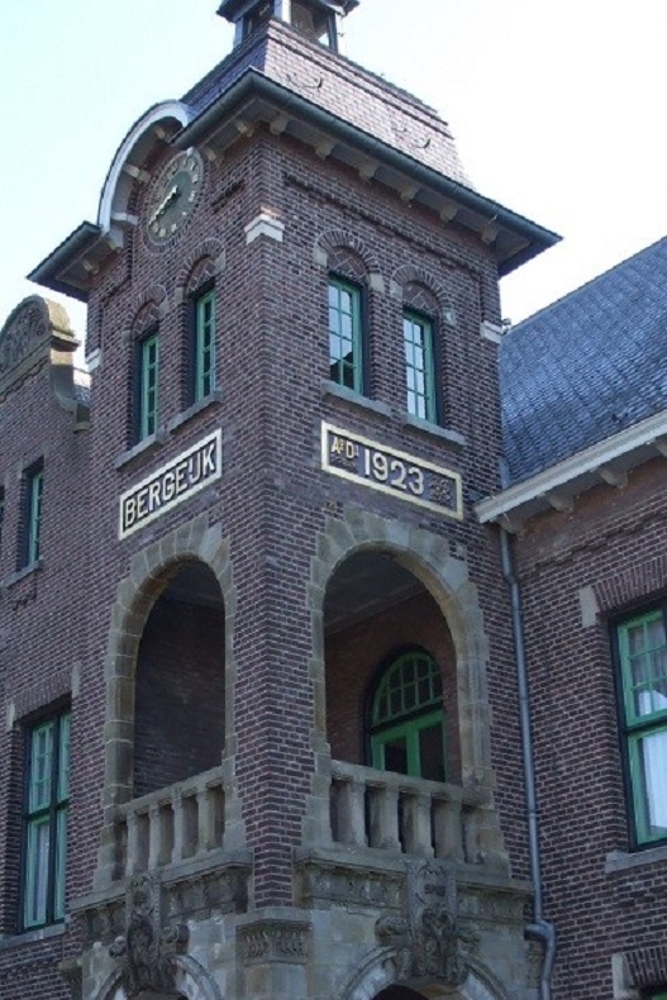 In the older part of Bergeijk city hall, a plaque shows the names of the victims of World War II victims and the Indonesia police actions.

Mayor Magnee died on 8th December 1944 in Neuengamme. He refused to cooperate with the Germans and was arrested in July 1944.

Johan Jansen died on 11th May 1940 during the German invasion.
Petrus van Hoof died on 5th March 1945 after being wounded doing his duty.
Johan Vierbergen died on 7th June 1948 in Indonesia as conscript sergeant.