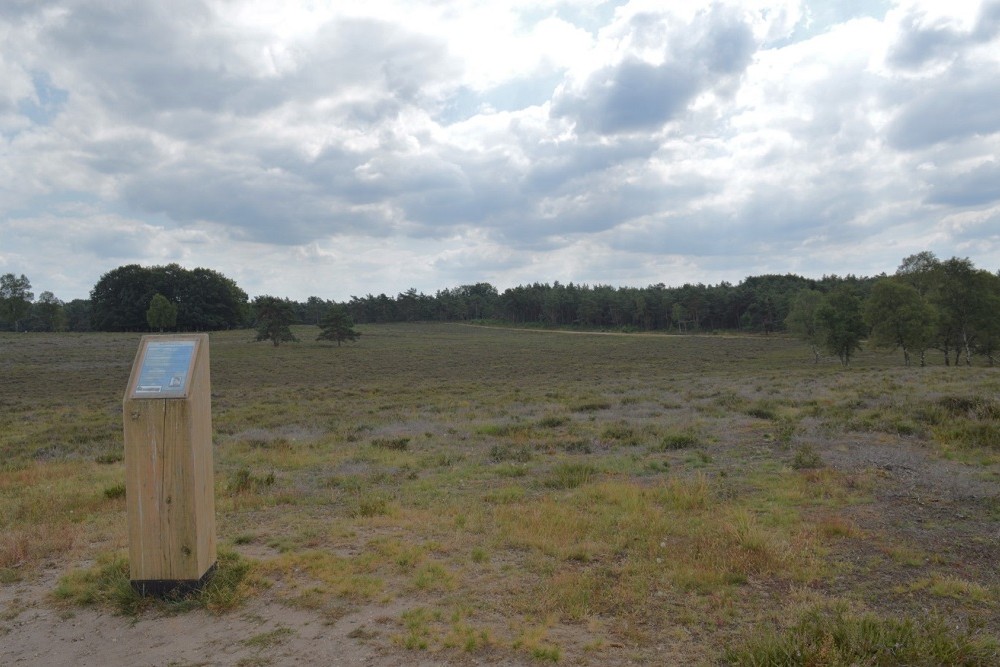 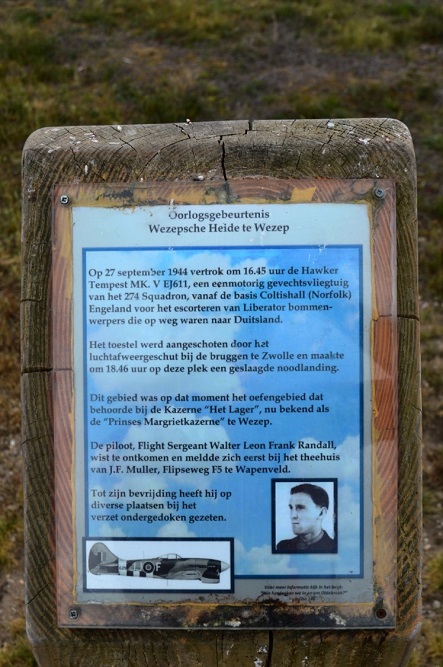 On September 27, 1944, the Hawker Tempest MK departed at 4.45 pm. V EJ611, a 274 Squadron single-engine fighter aircraft, from Coltishall (Norfolk) England base to escort Liberator bombers bound for Germany.
The aircraft was shot at by the anti-aircraft fire at the bridges in Zwolle and made a successful emergency landing at 6.46 pm.
At that time, this area was the practice area that belonged to the Kazerne "Het Lager", now known as the "Prinses Margrietkazerne" in Wezep.
The pilot, Flight Sergeant Walter Leon Frank Randall, managed to escape and reported first to J.F. Muller, Flipseweg F5 in Wapenveld.
Until his liberation, he went into hiding with the resistance in various places.