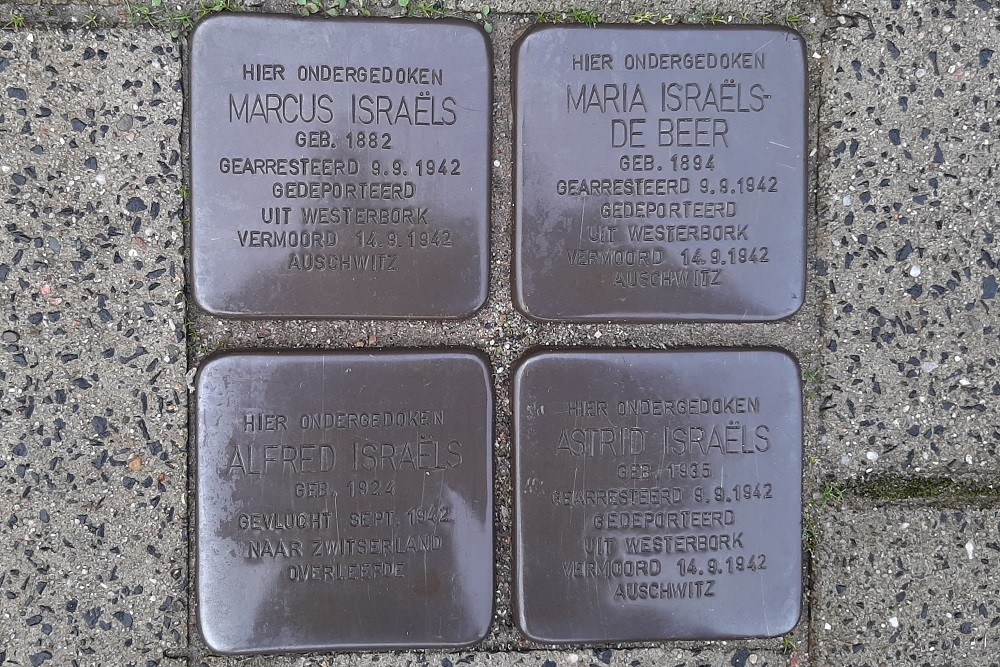 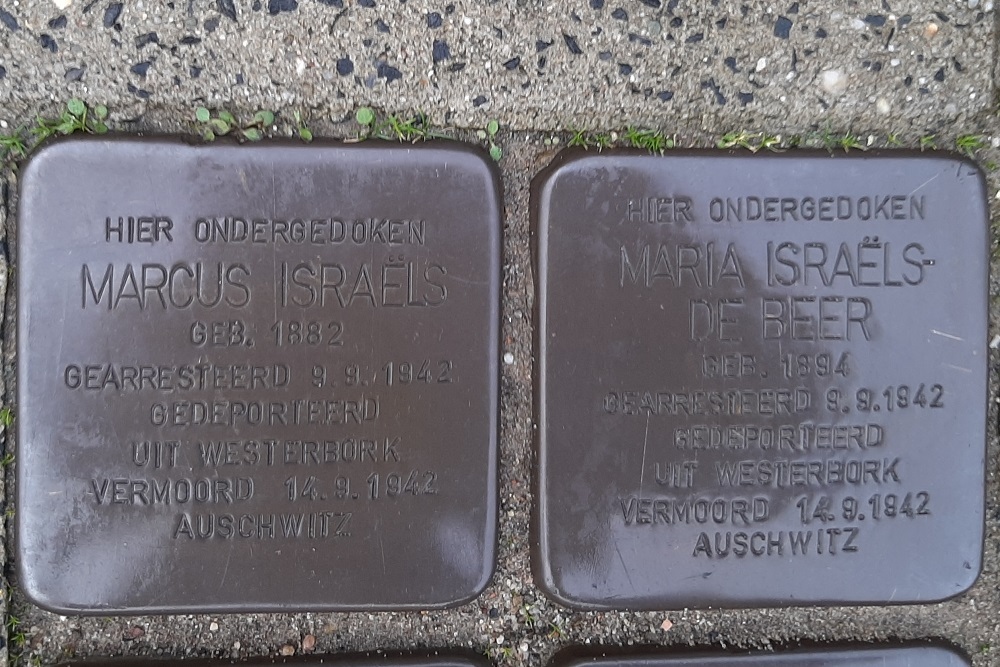 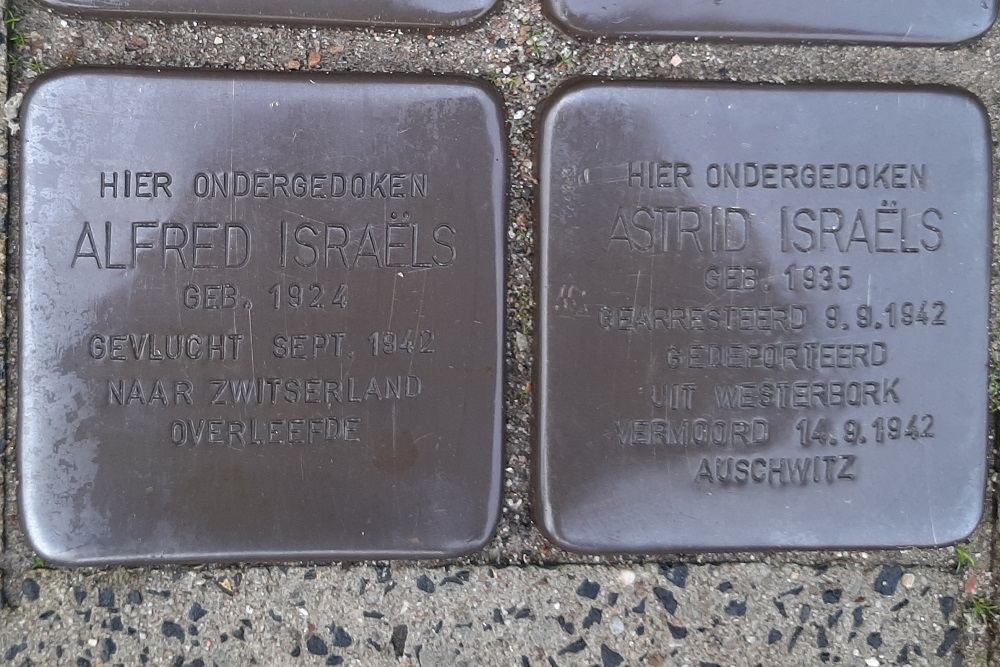 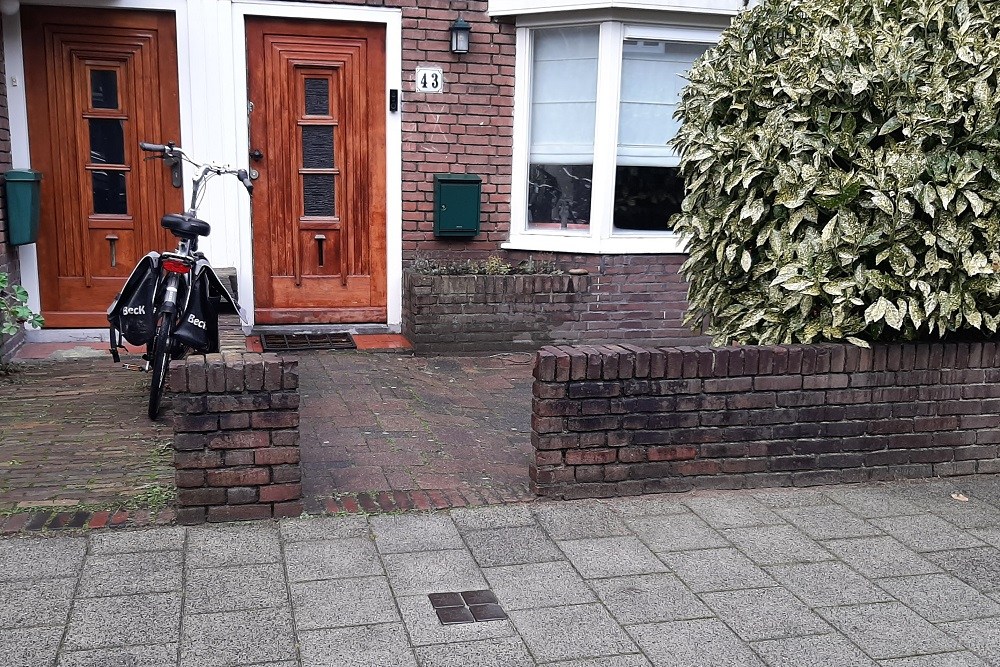 Here in Diemen three Stumbling Stones were laid on October 4, 2019 for:

On February 21, 2020, one Stolperstein was laid for ALFRED ISRAELS, the eldest son who went into hiding here and fled to Switzerland in September 1942 and survived the war.