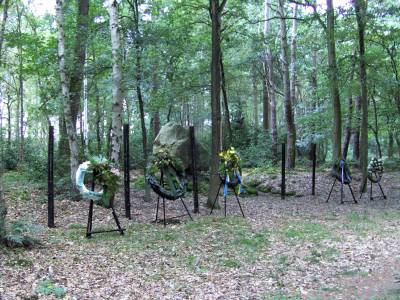 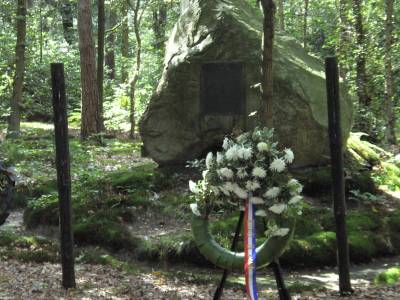 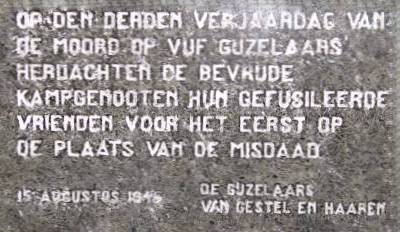 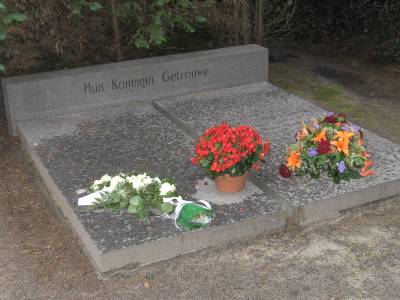 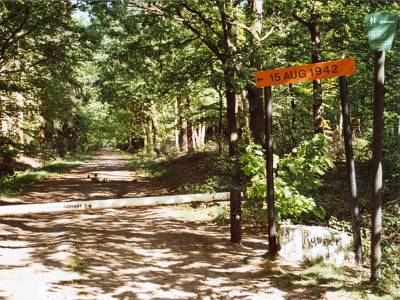 Early in the morning of 15 August, 1942, the Germans executed 5 persons by means of a firing squad in the woods of "Gorp en Rovert"in Goirle (Dutch Brabant, nowadays Hilvarenbeek municipality). They were Dutch hostages and were executed at the orders of General der Flieger Christiansen (Airforce General C.) as a reprisal for the sabotage of a railway track in Rotterdam on August the 7th, 1942.

"As the perpetrators of the demolition attack in Rotterdam have proven to be too cowardly to turn themselves in, in spite of the urgent request of the Wehrmachtsbefehlhaber (Army Command) to do so, the following hostages have been seized and shot this morning:

The Police Commissioner didnt even take the trouble to check the exact spelling of the names. We have done that in this article correctly.

The execution site can be found in the wide expanses of the wooded area "Gorp en Rovert" in the triangle Hilvarenbeek  Goirle  Poppel.
The entrance is at the eastside of the N283 from Goirle to Poppel, about one kilometre before the border with Belgium. Over the white barrier there is an orange shield with "←15 AUG. 1942", the remainder of the road can only be covered by bike or by foot. After approximately 2 kilometres you turn right, after another 300 yards right again whereupon you will find the fenced-in execution site with two graves on its side. The other three persons have been reburied elsewhere by their respective families.