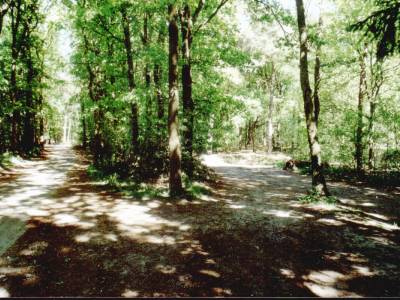 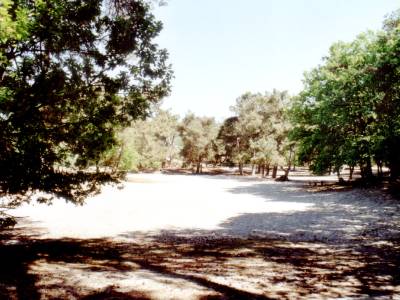 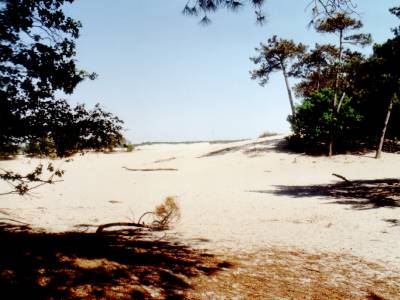 In the night of 26 May, 1944, fourteen men were retrieved from their cells in the prison of Haaren (in the Dutch province of Brabant). Members of the Grüne Polizei transported them in trucks to a spot in the dunes of Loon and Drunen. (Grüne Polizei was the organization of German police in occupied territory, named after their green uniforms). They were:

28 shots sounded through that nicht. When the victims had been interred the Germans went to visit the garden restaurant "Bosch en Duin" The owner G.Kruijssen and his wife had been the silent witnesses of what happened. In the diary of G. Kruijssen we read that they had heard the Germans approach, accompanied by the fourteen men. They also heard the shots. Now the Germans knocked on their door: they wanted coffee!

In July 1946 it was tried to locate the graves in the "Loonse en Drunense Duinen" In January 1974 a new attempt to locate the graves again failed The pictures provide an impression of this area, the exact spot of the execution and the graves have never been located, also because this prehistoric area is known for its risk to loose your way and it changes continuously its shape.

Near this location is a resistance memorial erected in memory of these murders.