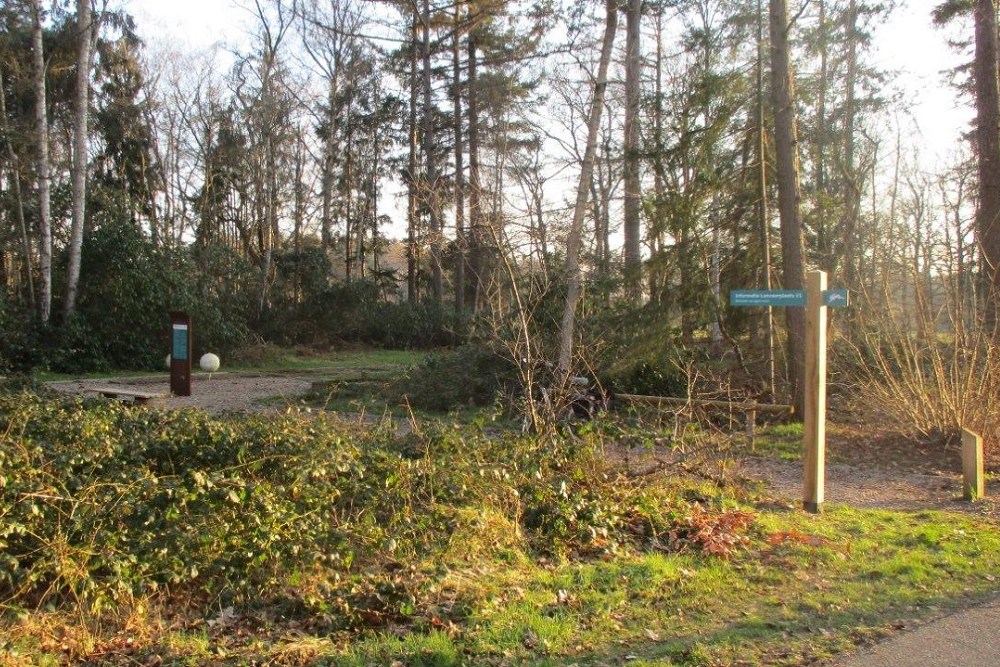 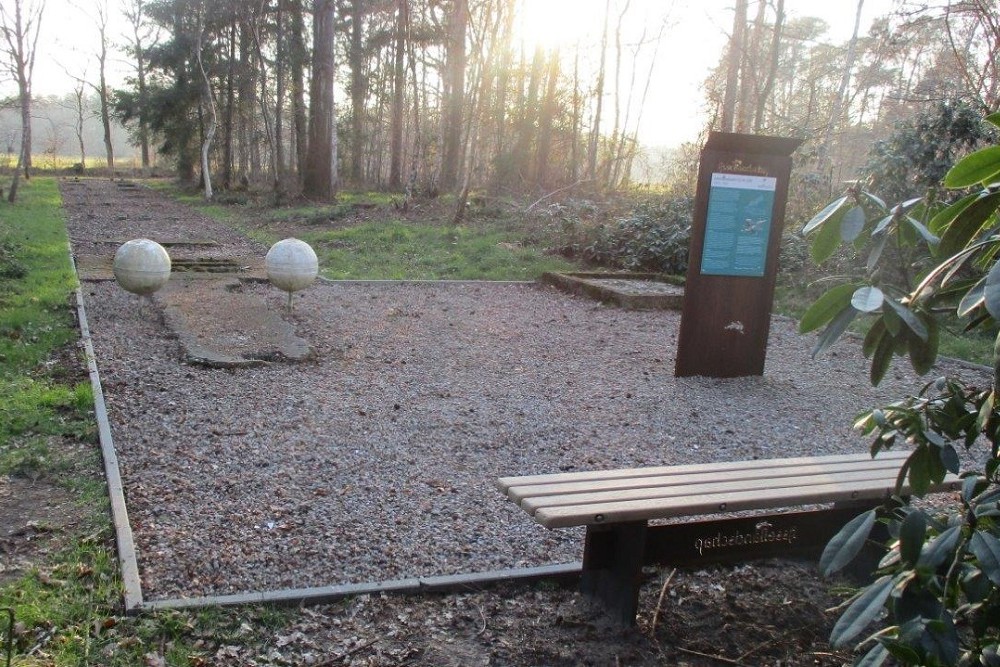 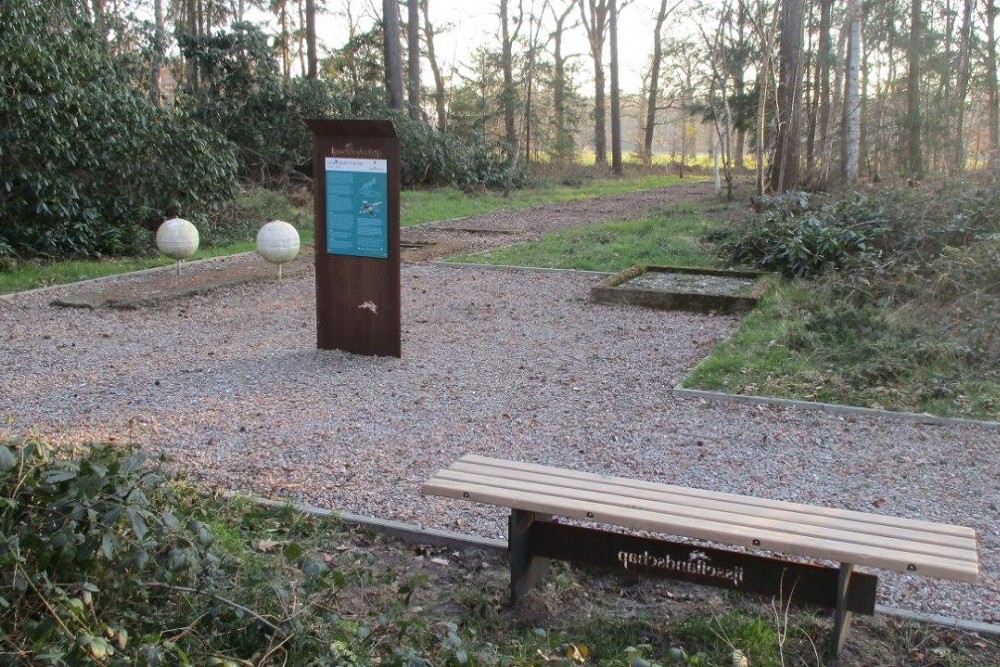 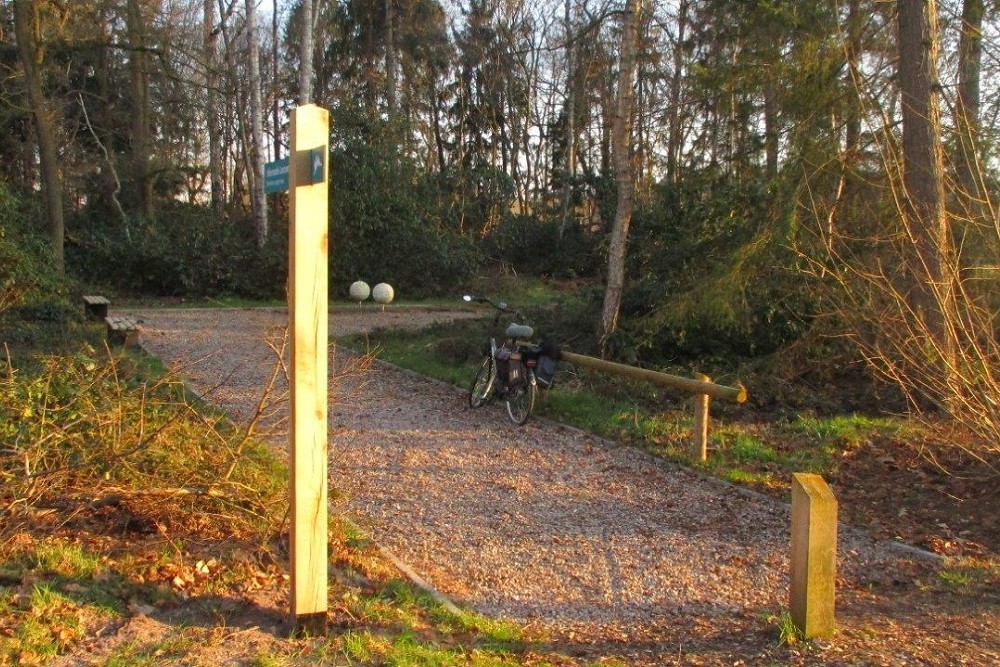 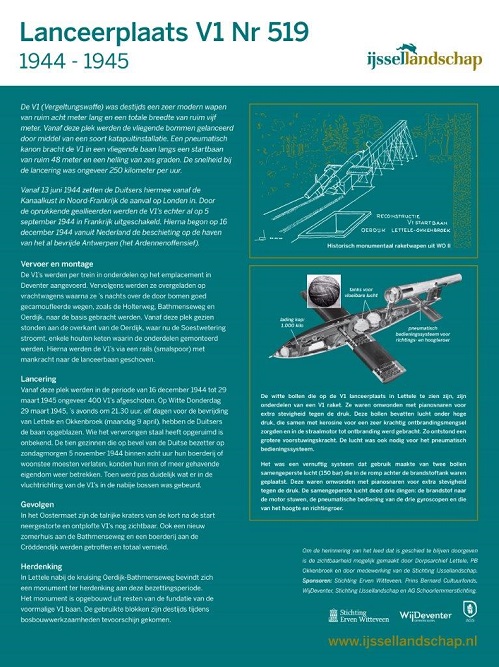 Concrete foundation of the V1 launching platform + water well. Recently excavated and equipped with a table providing the history of the launching runway. The explanatory text can be translated as follows:

General
The V1 (Vergeltungswaffe (weapon of retaliation, ed.) ) in those days was an extremely modern piece of weaponry, it measured a little over 8 yards in length and had a total width including its wings of over 5,5 yards.

From this spot the flying bombs were launched by means of a kind of catapult installation. A pneumatic gun launched the V1 along a sloping runway at an angle of 6 degrees into a flying arc. The flying speed was approximately 250 kilometers / hour (155 mph) at the launch. From June 13, 1944 the Germans launched their attack on London from the coast of the Channel in Northern France. But the advancing allied forces already eliminated the V1s on September 5th, 1944. Hereafter the bombarding of the harbor of the liberated Antwerp started from the Netherlands on December 14th, 1944,. (In order to hamper the supplies to the battle in the Ardennes. Antwerp received 2.344 V1 hits and suffered over 8.000 casualties.ed.)

Transport and assembly
The V1s were supplied by rail in parts to the railway station in Deventer, thereafter loaded on trucks and transported by night on the well camouflaged roads, lined by high trees, like the Holterweg, Bathmenseweg and Oerdijk to the base. On the other side of the Oerdijk, where nowadays the (watercourse) Soestwetering flows some wooden sheds were built where the different parts were assembled. Upon completion the V1s were pushed by hand towards their launching platform on a narrow rail track.

Launch
From this place approximately 400 V1s were fired in the period between 16 December 1944 till 29 March, 1945. On Maundy Thursday, 29 March, 1945, eleven days before the liberation of Lettele and Okkenbroek, at 21:30 the Germans blew the launch track to smithereens. It is unknown who has cleared the twisted metal wreckage. The ten families who had to evacuate their homesteads within 8 hours at the order of the German occupying forces on Sunday morning 5 November, 1944, could reoccupy their more or less damaged properties. And only then it became clear what had happened in the nearby woods in the direction of the track of flight of the V1s.

Consequences
In the Oostermaet, numerous craters are still visible today, caused by the V1s that crashed and exploded shortly after their launch; also a new summer residence at the Bathmenseweg as well as a farmhouse at the Cröddendijk were hit and totally annihilated.

Remembrance
In the village of Lettele, near the crossing Oerdijk-Bathmenseweg you will find the monument in memory of the occupation. The monument has been constructed of remains of the foundation of the former V1 track. The concrete blocks have been excavated during forestry activities.

The white spheres that can be seen on the V1 launch site in Lettele are parts of a V1 rocket. These spheres contained liquid air, which under force mixed air with the kerosene in the jet engine. This resulted in greater propulsion power.