Crash Location 10 Lest We Forget Hellendoorn 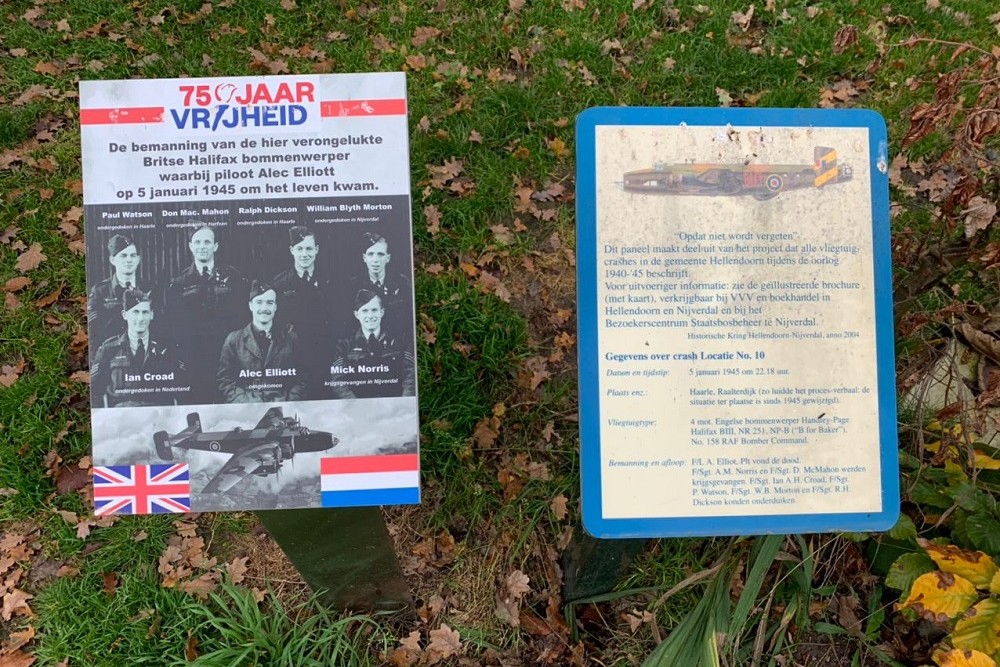 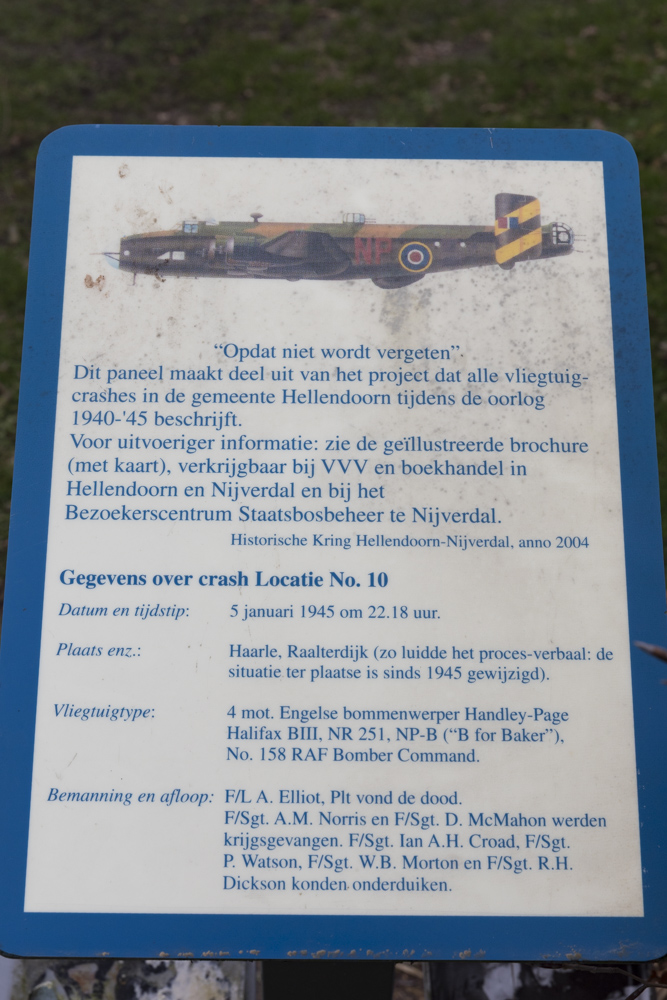 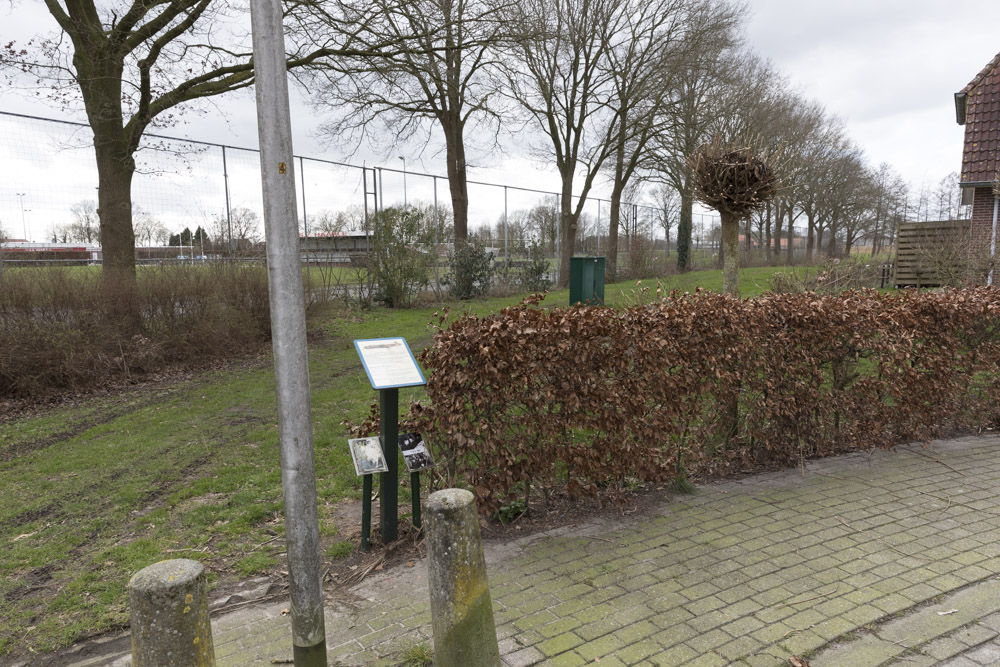 "Lest not forget"
This panel is part of the project that describes all aircraft crashes in the municipality of Hellendoorn during the war 1940-45.
For more detailed information: see the illustrated brochure (with map), available at the tourist information and bookstore in Hellendoorn and Nijverdal and at the Visitor Center Staatsbosbeheer in Nijverdal.

A Halifax bomber crashed at this location.

Near the place, where during the Second World War, on 5 january 1945 a Halifax Bomber crashed is this Memorial.
Of the seven crew members, four were able to go into hiding, two were taken prisoners of war by the Germans and the Flight Lieutenant Alec Elliott was killed.
Alec Elliot is buried at the General Cemetery in Hellendoorn.