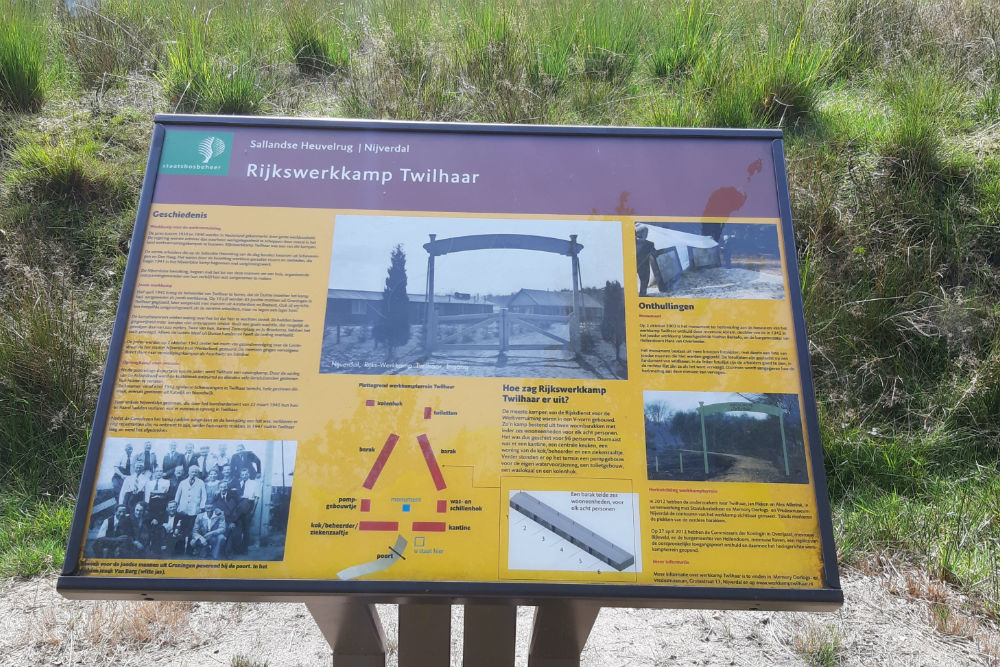 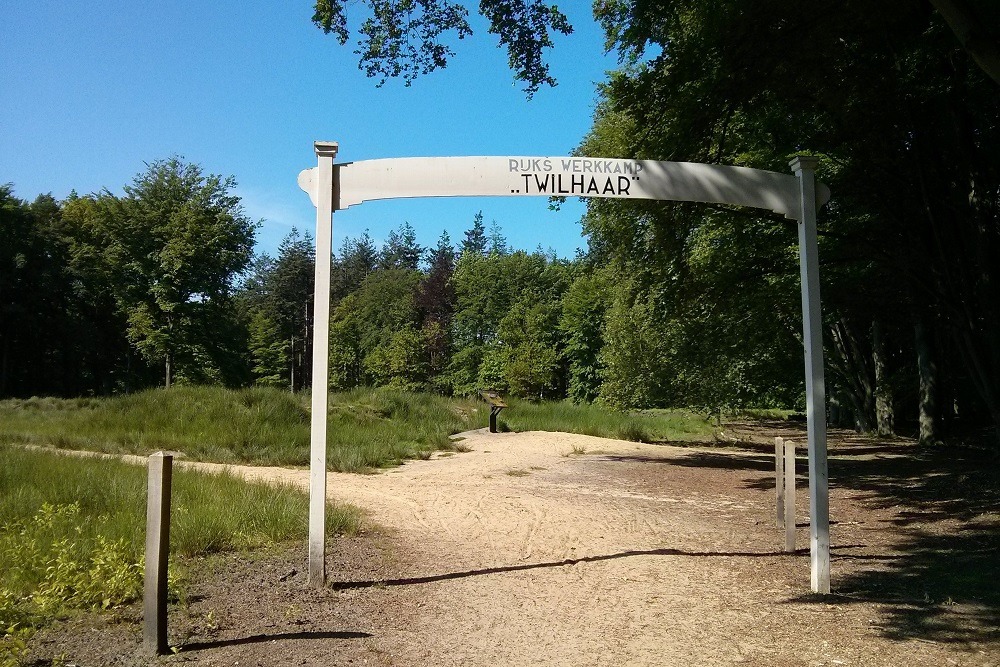 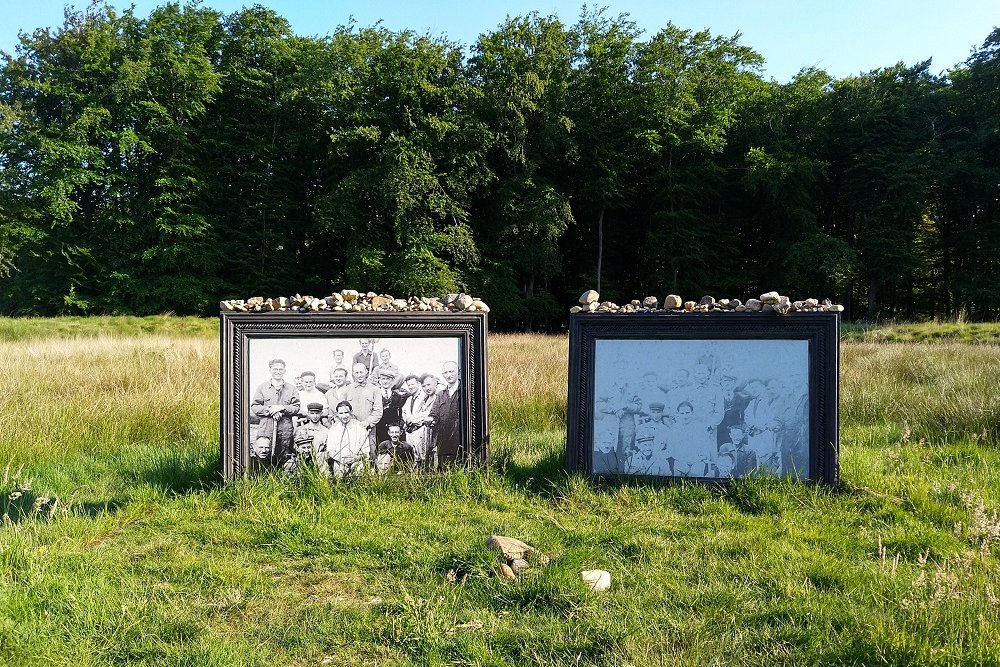 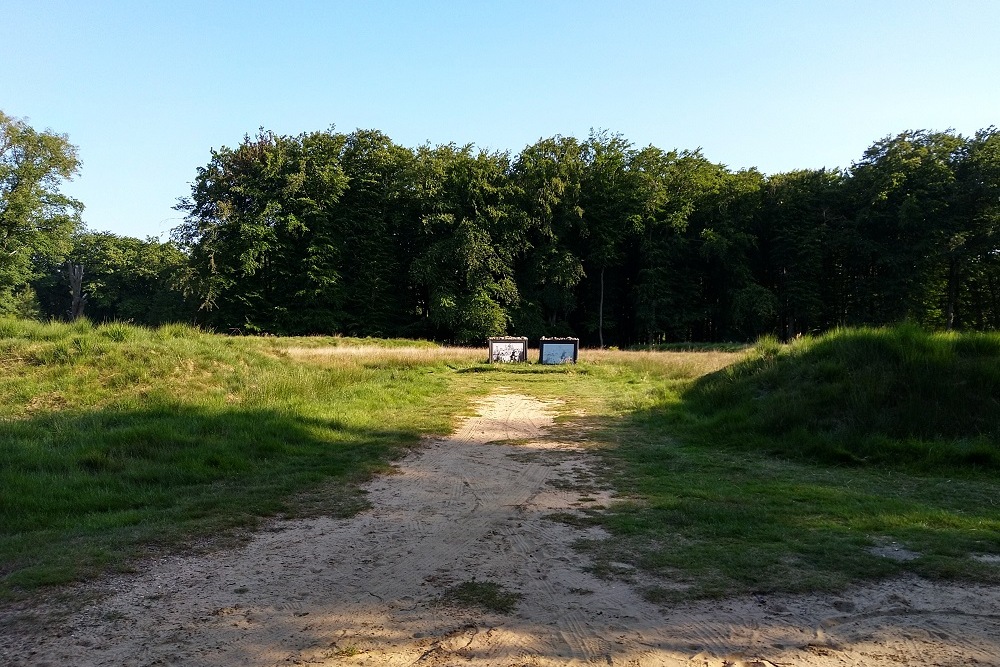 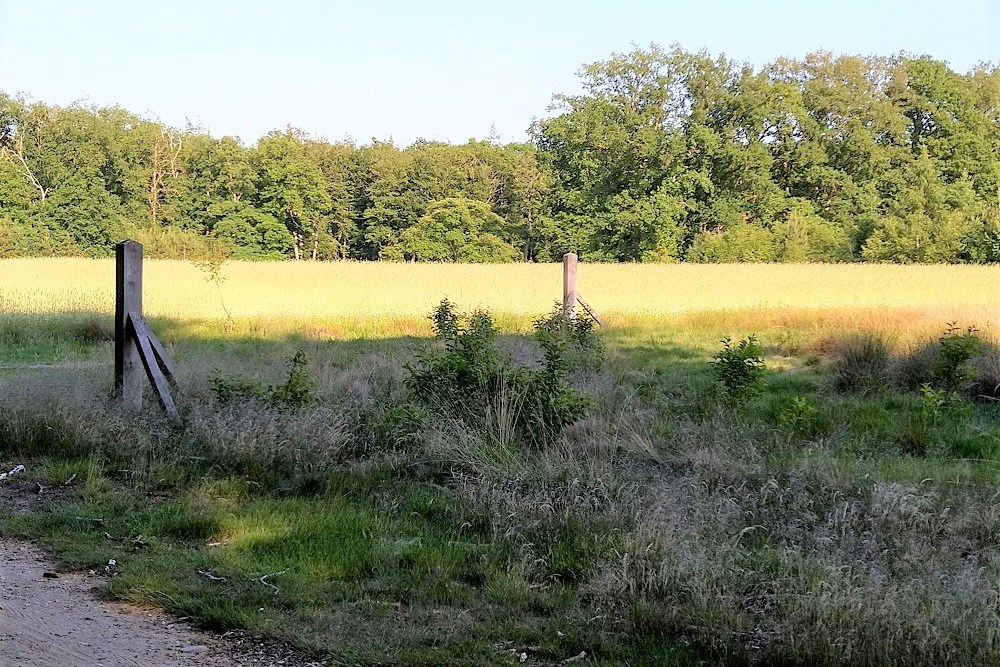 The memorial for the Labour Camp Twilhaar, which is located at the Paltheweg (Sallandse Heuvelrug) in Nijverdal (community of Hellendoorn), was revealed on the 2nd of October 2003 and dedicated to the men who were transported on the 2nd of October 1942 from this camp to Westerbork and after which they almost all died in Auschwitz.

The memorial exists of two concrete panels, both with a photograph in it. One of the photographs is faded, with whom the artist, Marjolein Rensen, wants to show that "the memory of even these people can fade away". Around the plates is a bronze frame.

The Memorial is one of the results of the analysis of the two guys from Nijverdal, Jan Fikken and Alex Alfering.

The text on the sign at the Memorial is the following:
In the period from 1940 to early 1947 here was the Twilhaar Workcamp. This unemployment relief camp was set up by the Department for Work and Expansion was in the forties of last century housing of unemployed men who were to perform useful work in the forests of the Salland Ridge. This work concerned mainly the reclaiming of uncultivated land and the construction of paths and roads in the woods and heathland.

The camp consisted of two long barracks containing twelve apartments, a cafeteria, a kitchen with manager house, a laundry room and a peelhutch.
In the spring of 1942 the camp was cleared and used for the interests of the occupier.
On July 10th 1942 here were 83 Jewish men from Groningen employed, later supplemented by a few men from Amsterdam and Tilburg. They also worked in the woods. They were however forced to do so.
On October 2nd of that year, the camp was suddenly cleared and the Jewish men were taken to the Westerbork transit camp. From there they were, usually shortly after arrival, deported to the extermination camps in Eastern Europe.
In the last years of the war there were evacuees from the west of the country housed here. These were families whose houses had been requisitioned by the Nazis for the construction of the Atlanticwall.

In 1945, the camp also housed some residents of the close by village Nijverdal who due to the heavy bombing of March 22nd, had become homeless. Early 1947, after the last occupants had left, the barracks were dismantled and transported to Ommen where they were traded.
The camp site was subsequently planted with trees and returned to the nature of the Salland Ridge.

The location of the former baracks are being marked by piles of ground and the former fences made of poles.