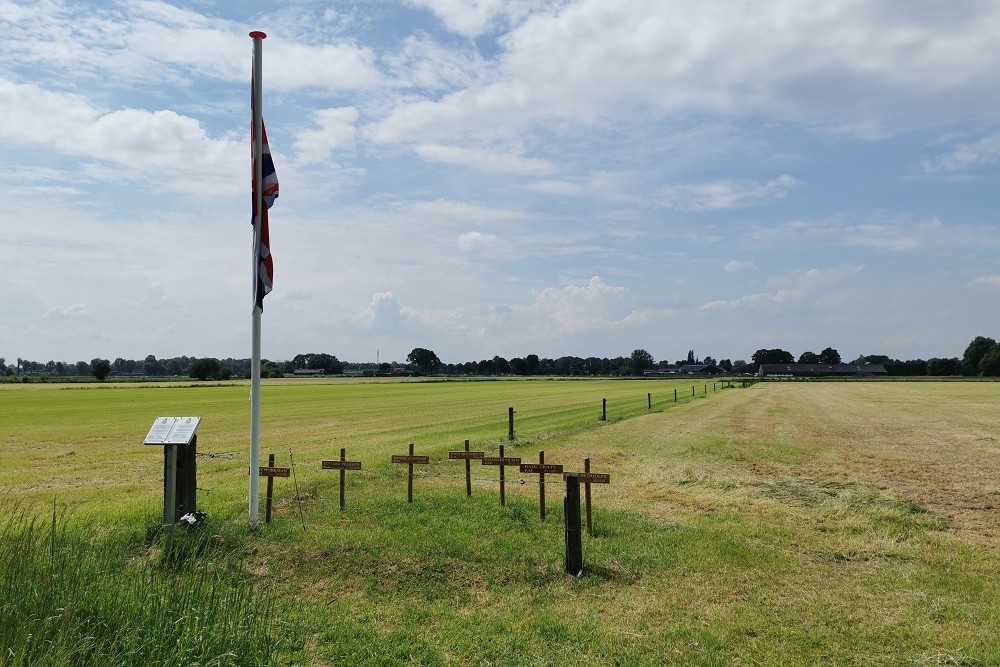 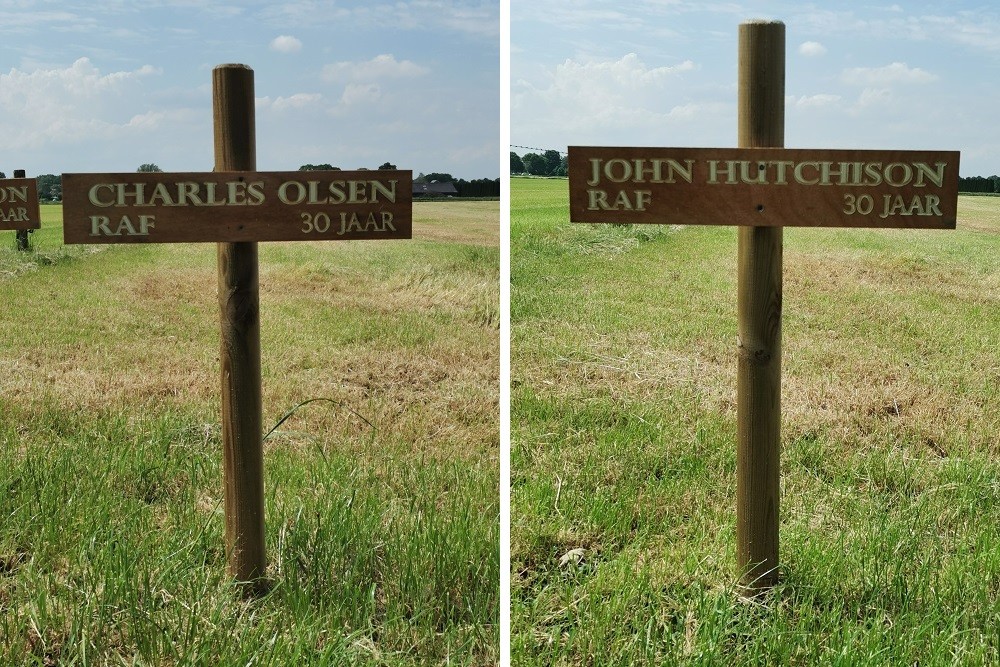 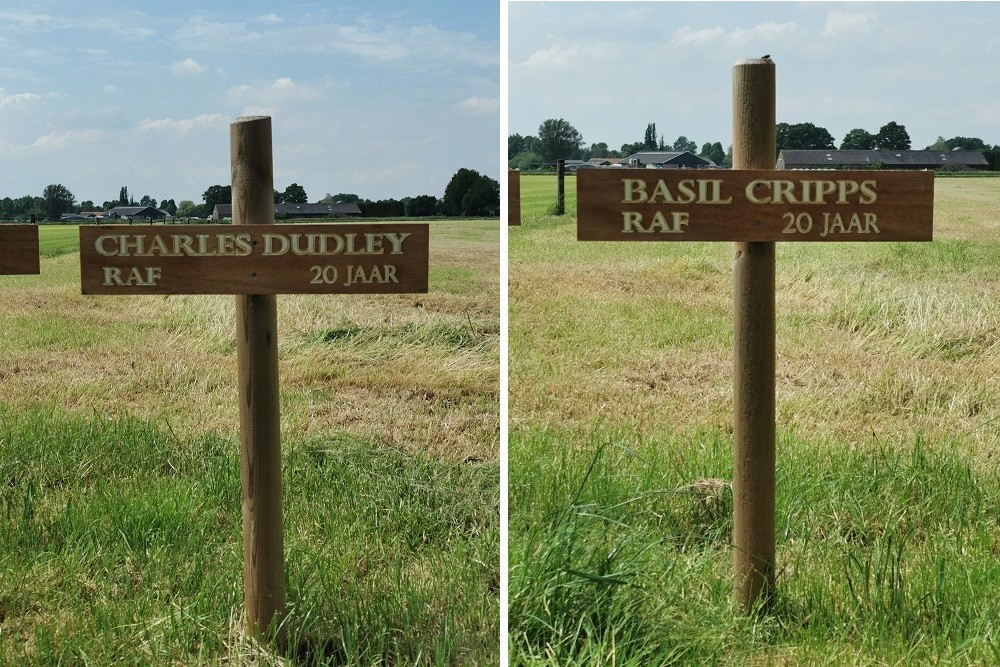 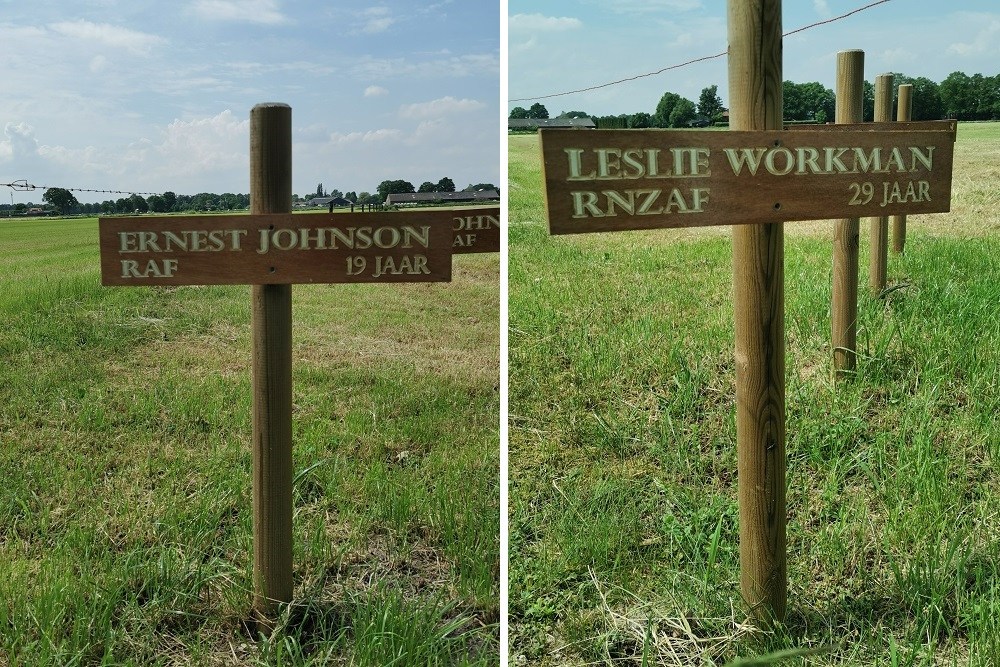 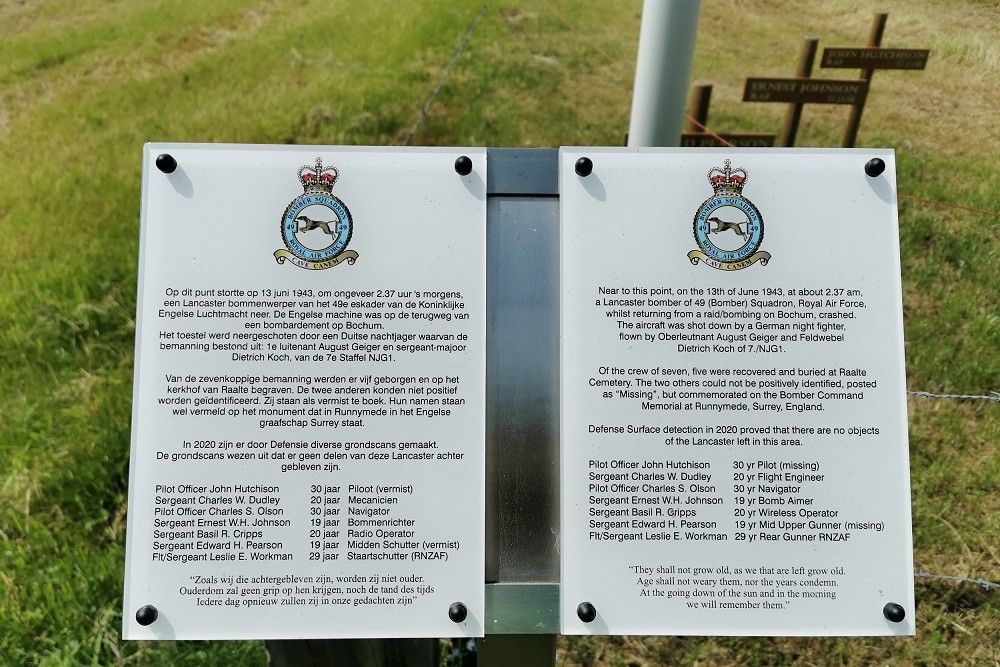 Near to this point, on the 13th of June 1943, at about 2:37 am, a Lancaster bomber of 49 (Bomber) Squadron, Royal Air Force, whilst returning from a raid/bombing on Bochum, crashed.
The aircraft was shot down by a German night fighter, flown by Oberleutnant August Geiger and Feldwebel Ditrich Koch of 7./NJG1.

Of the crew of seven, five were recovered and buried at Raalte cemetery. The two others could not be positively identified, posted as "Missing", but commemorated on the Bomber Command Memorial in Runnymede, Surrey, England.

"Theys hall not grow old, as we that are left grow old.
Age shall not weary them, nor the years condemn.
At the going down of the sun and in the morning
We will remember them."