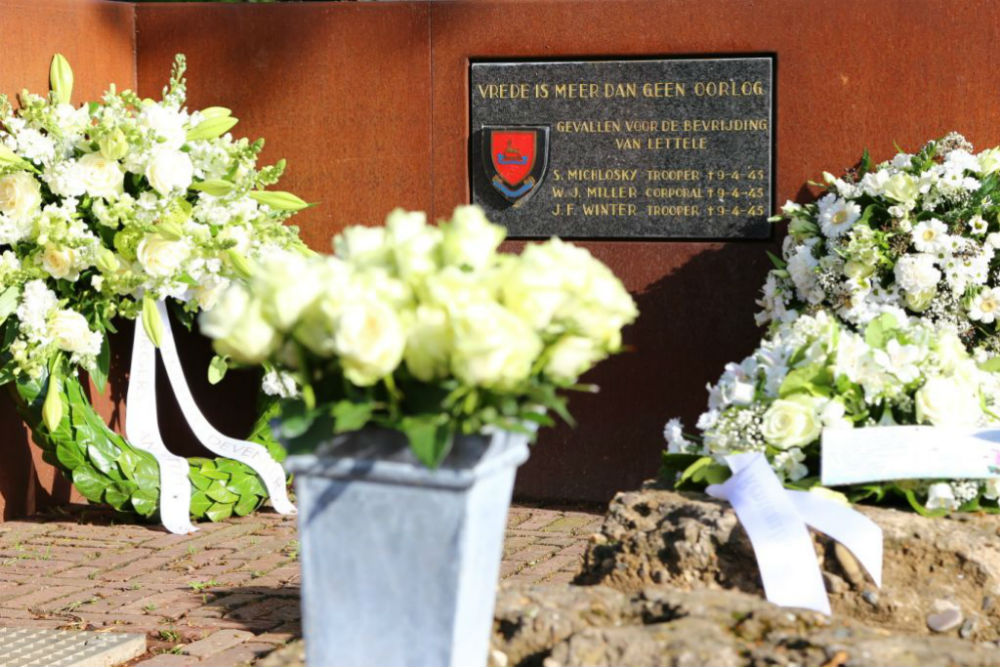 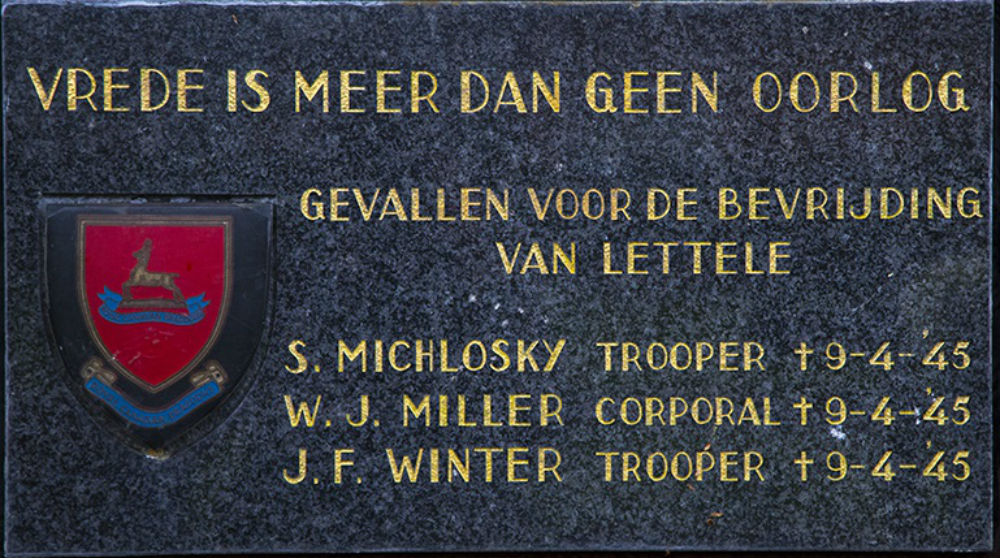 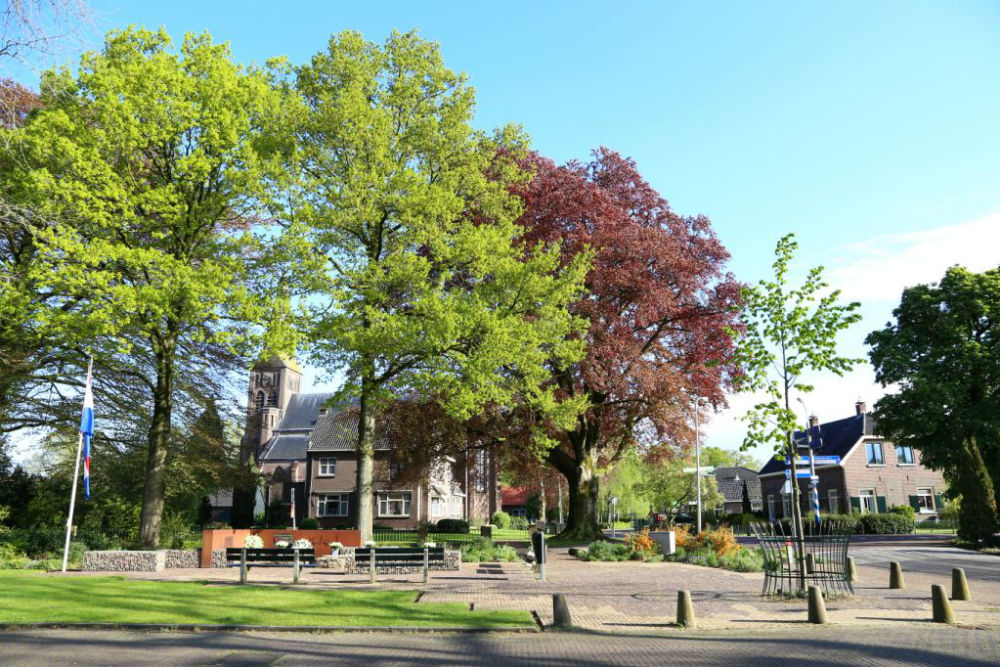 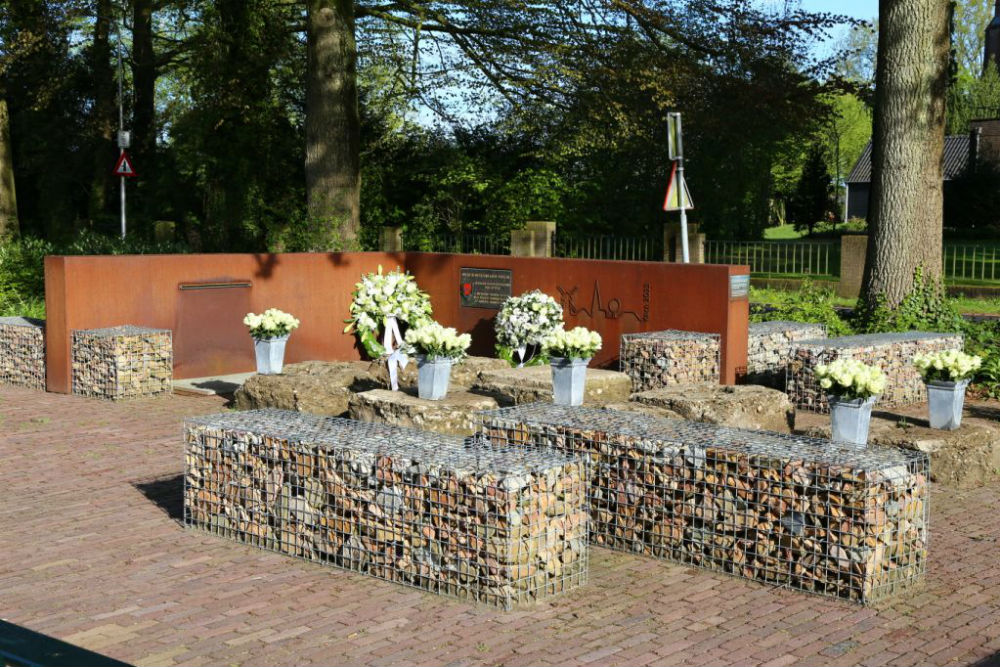 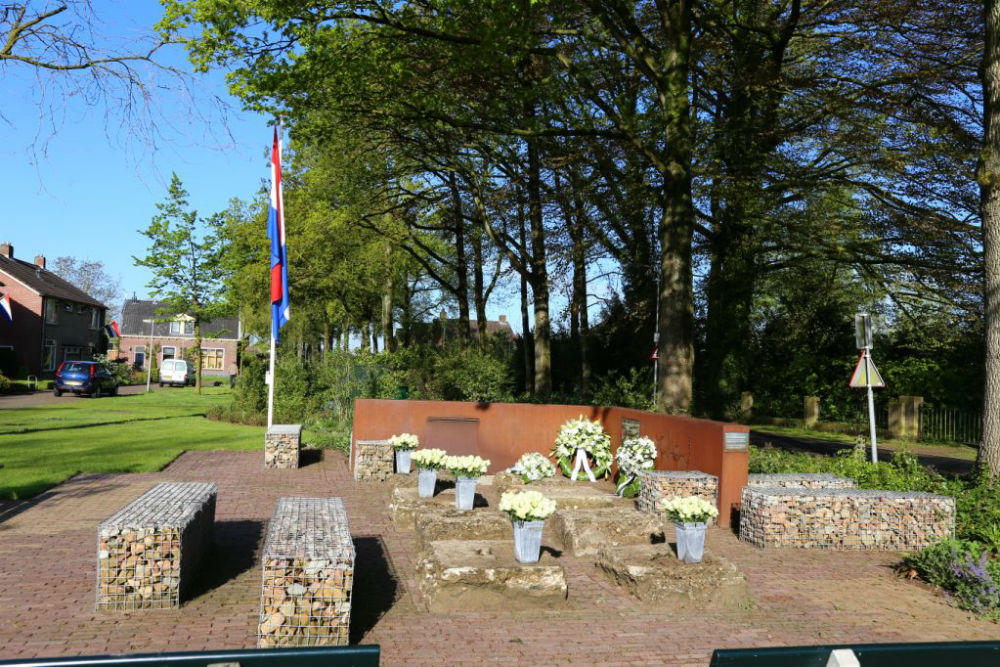 Plaque with the names of three Canadian soldiers of the Royal Canadian Dragoons who fell during the liberation of Lettele.

This plaque was gifted in 1985 by Ian Seymour, veteran and comrade of Steve Michlosky, one of the fallen soldiers. Mrs. Grada Roesink, inhabitant of the house where Steve Michlosky temporarily was buried in the garden, received the plaque. In the same year a memorial was founded by Plaatselijk Belang Lettele, on which the plaque was attached.

The memorial has been renewed in 2013 and the plaque has been attached again.

All three of the Canadian soldiers are buried on the Holten Canadian War Cemetery.

Note: although the monument gives April 9, 1945 as date of death, both the Canadian war archives as the grave stones on Holten state April 8, 1945 as the official date.