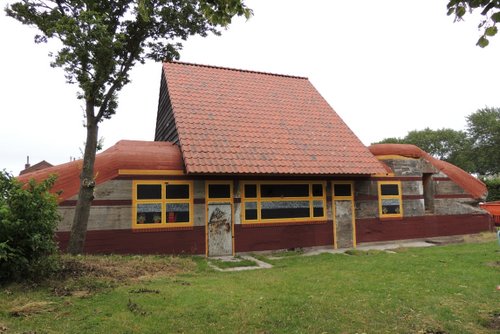 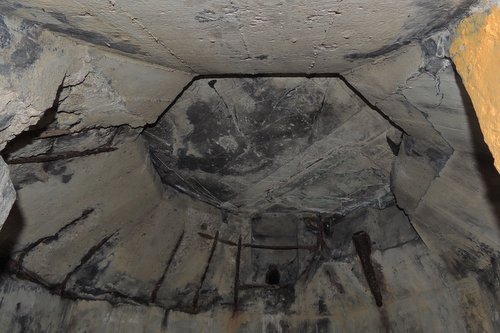 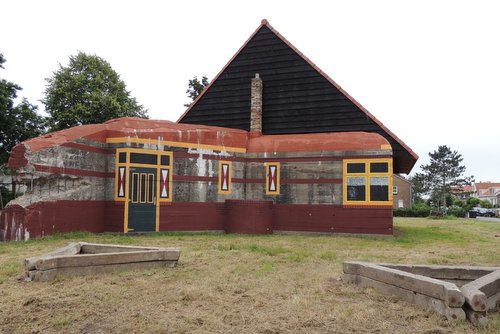 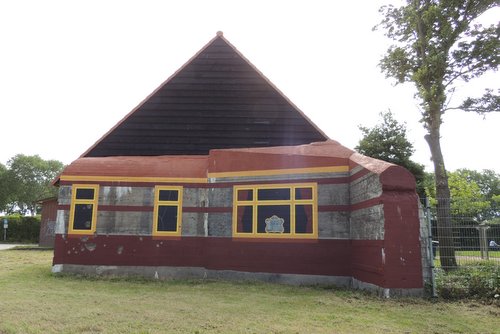 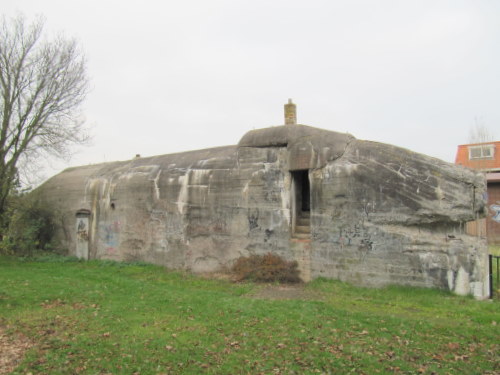 Since 2014 there has been an information board at the bunker with the text:

Vlissingen was an important position during the Second World War. The Germans powerfully fortified the city as part of the "Atlantic Wall" line of defense. To defend the fortress against attacks from the rear, a defense line was constructed on the landward side of the city. This so-called Landfront consisted of a kilometer-long anti-tank ditch with casemates for machine gun or anti-tank gun behind it. The line started in the west of the dunes at Valkenisse and ran across Koudekerke to the Kanaal through Walcheren. On the east side of Walcheren, the Landfront continued in the direction of Ritthem where it ended in the Schorerpolder at Fort Rammekens. Most of the Landfront has been preserved and has been protected as a national monument since 2013.

Nieuwe-Abeele formed the link between the western part of the Landfront and the Canal through Walcheren. Due to the proximity of the canal, it was not possible to build an anti-tank ditch and a dragon's teeth barrier was chosen over the last 150 meters at the Nieuwe Vlissingseweg. Directly behind the dragon's teeth barrier, a garage bunker was built for an anti-tank gun.
A post-war farm, named "Pyramidehoeve" refers to this. A command bunker was built a hundred meters behind the line. This was a type 621 bunker, Gruppenstand. The bunker was equipped with a telephone exchange that allowed contact with the various combat bunkers on the anti-tank ditch. There was also a radio installation so that other command posts could be reached over a great distance. To allow the bunker to blend into the buildings, it was camouflaged as a residential house, complete with painted windows, brick motif and a fake roof.
The original camouflage of the bunker was brought back in 2014.