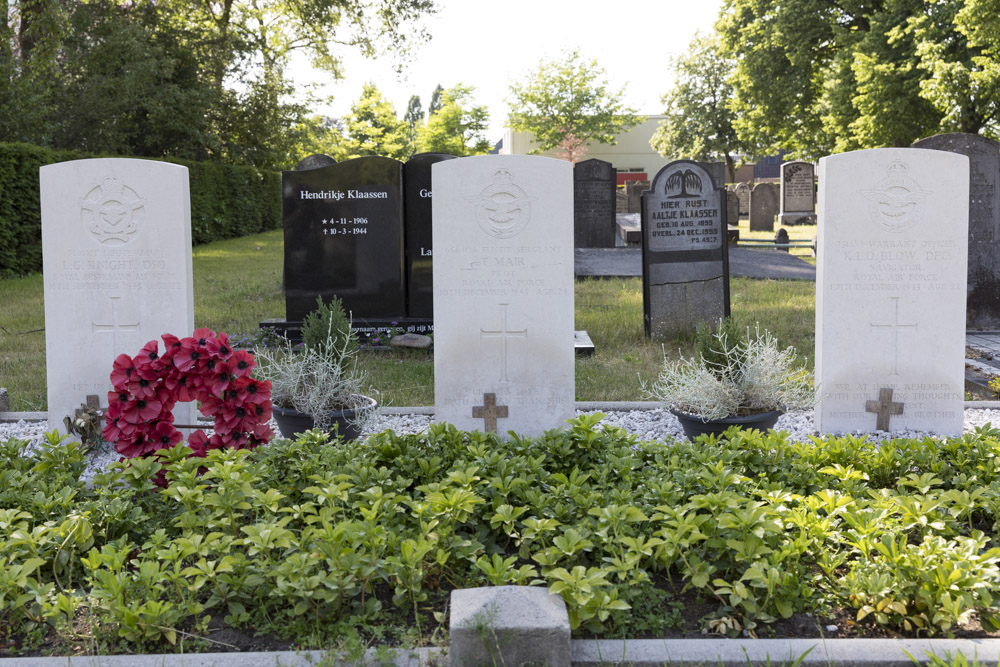 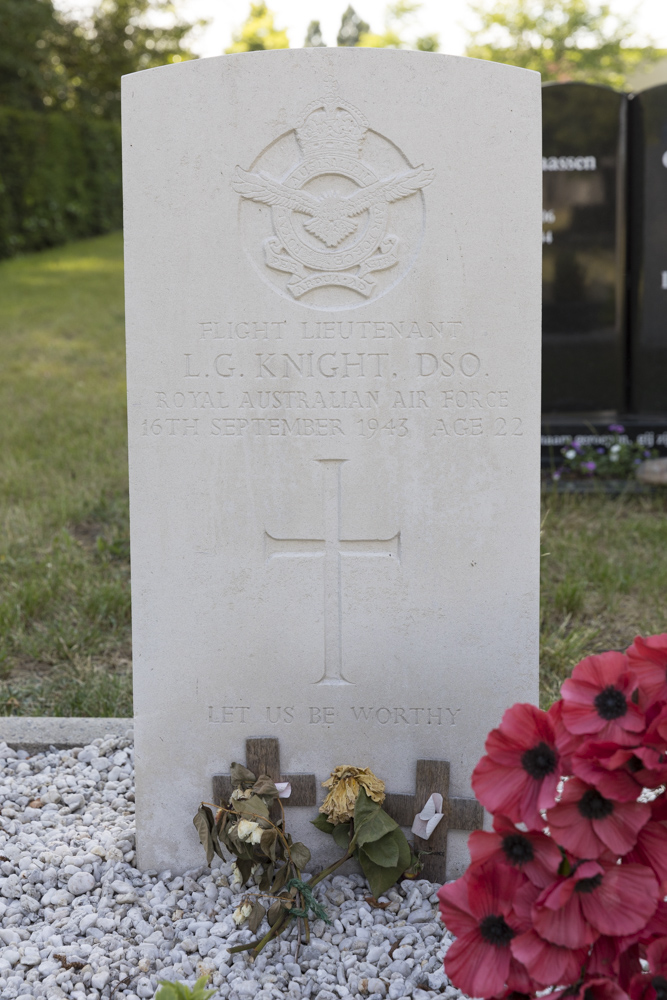 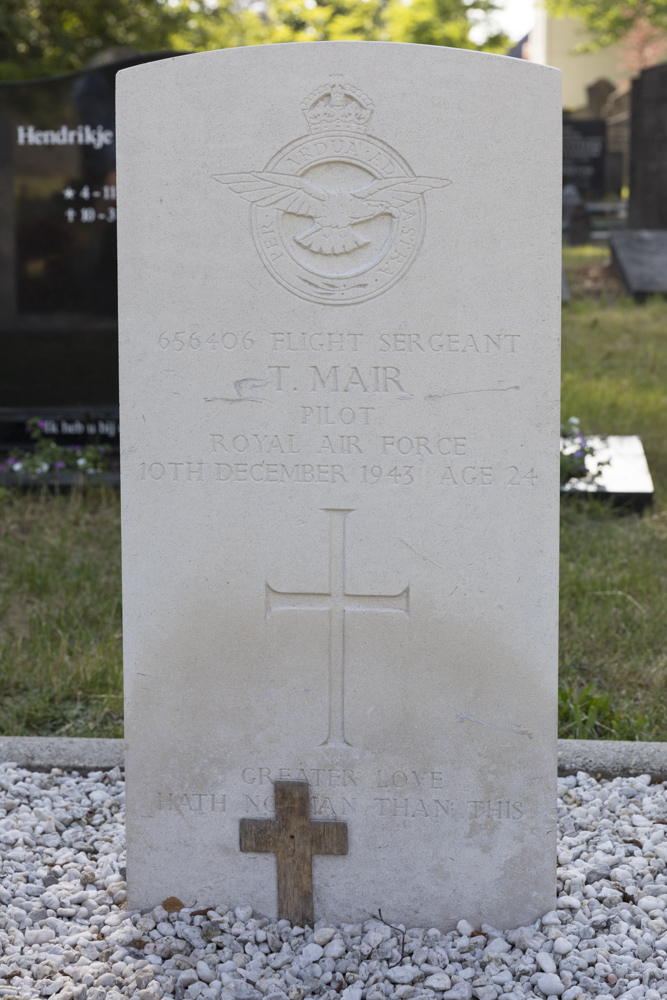 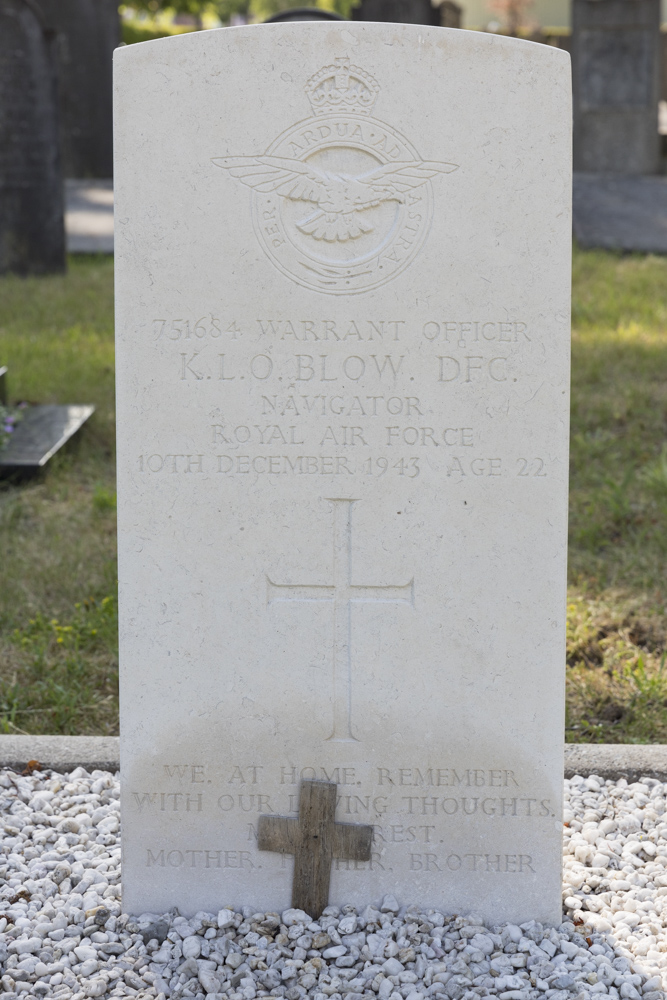 Den Ham General Cemetery contains the graves of three Commonwealth airmen of the Second World War. One of them is F/Lt Leslie Gorden Knight. Earlier that year he was the pilot of one of the Lancasters which took part in Operation Castise, the attack on the Ruhr Dams. The bomb that Knight's Lancaster dropped, breached the Eder Dam. In the other two graves W/O Kenneth Leslie Owen Blow and F/Sgt Thomas Mair are buried. Their Mosquito crashed near Den Ham after it had been hit by FLAK.