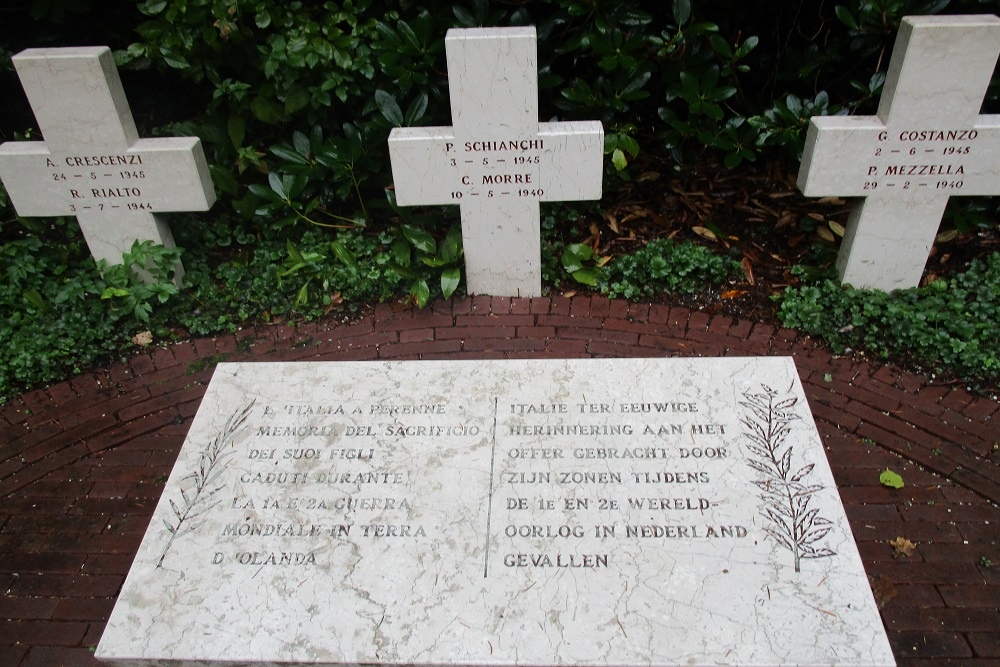 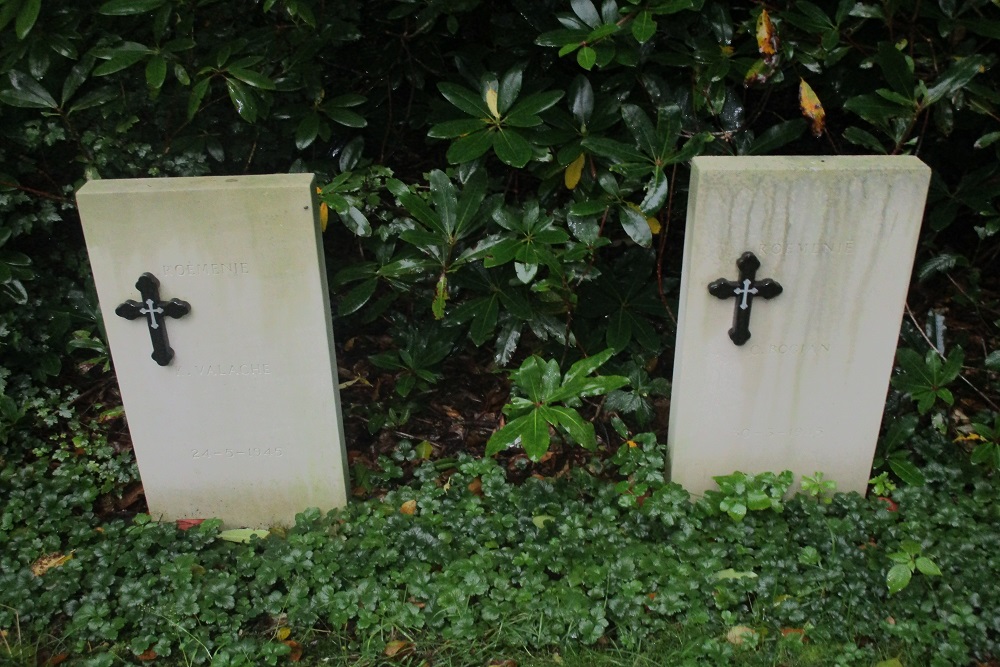 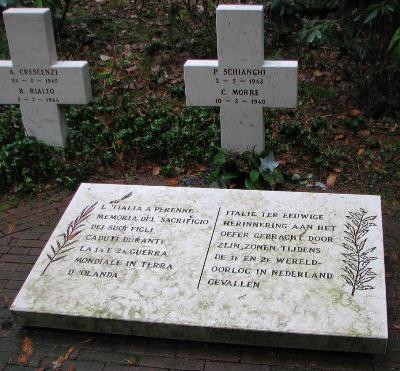 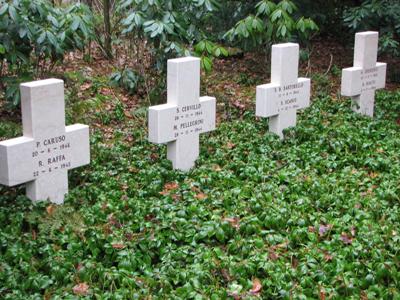 This Cemetery is being managed by the municipality of the city of Amersfoort but is situated just within the area belonging to the neighboring municipality of Leusden (or Oud-Leusden). On this graveyard about 400 victims of the Second World War have been laid to rest.

Beyond Commonwealth and Dutch War graves there are graves of prisoners of war that died during their encampment in German hands and these are marked by square tombstones, except the Italian graves which are marked by a cross.

The nationalities consists of 41 Italian, 2 Yugoslavian, 8 Czecho-Slovakian, 6 Greek, 2 Portuguese and 1 Hungarian graves. Next to those there are four graves of an unidentified nationality.

Eight of the Italian and the two Portuguese graves are from World War I, of victims of the Spanish Flue.