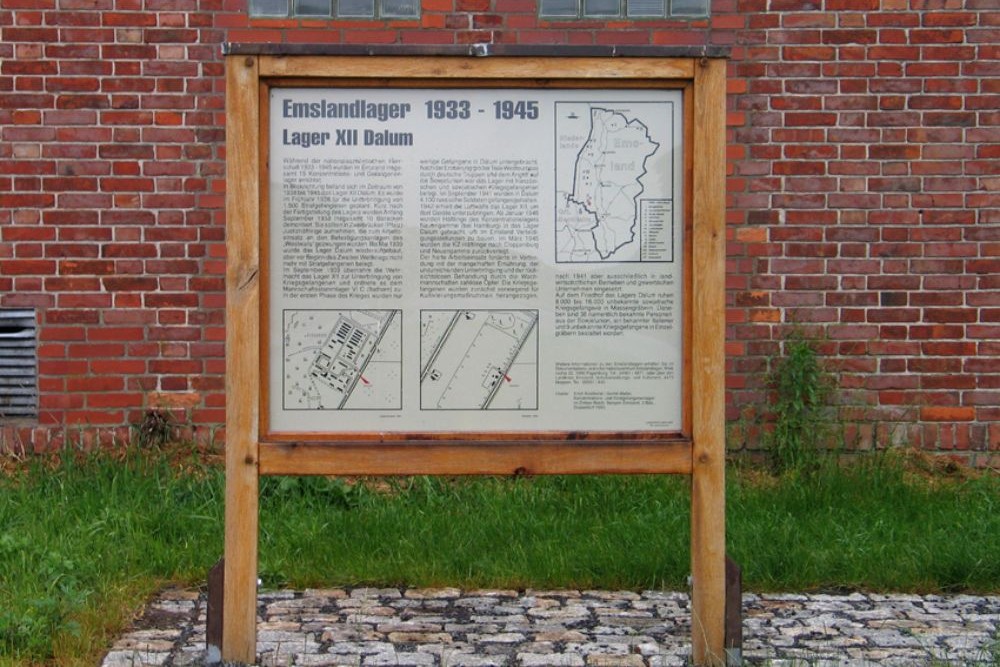 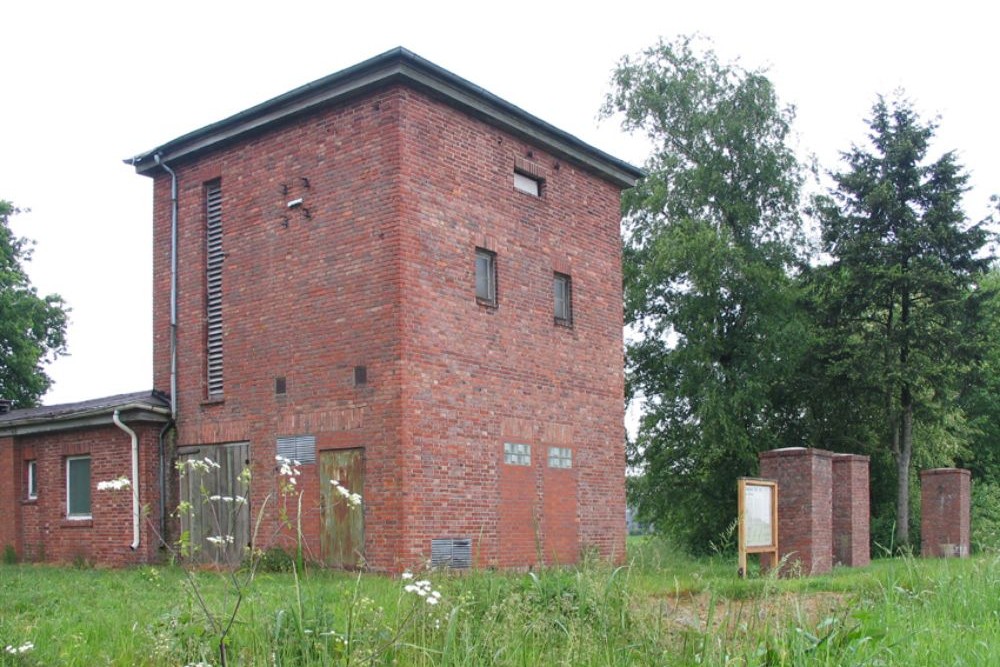 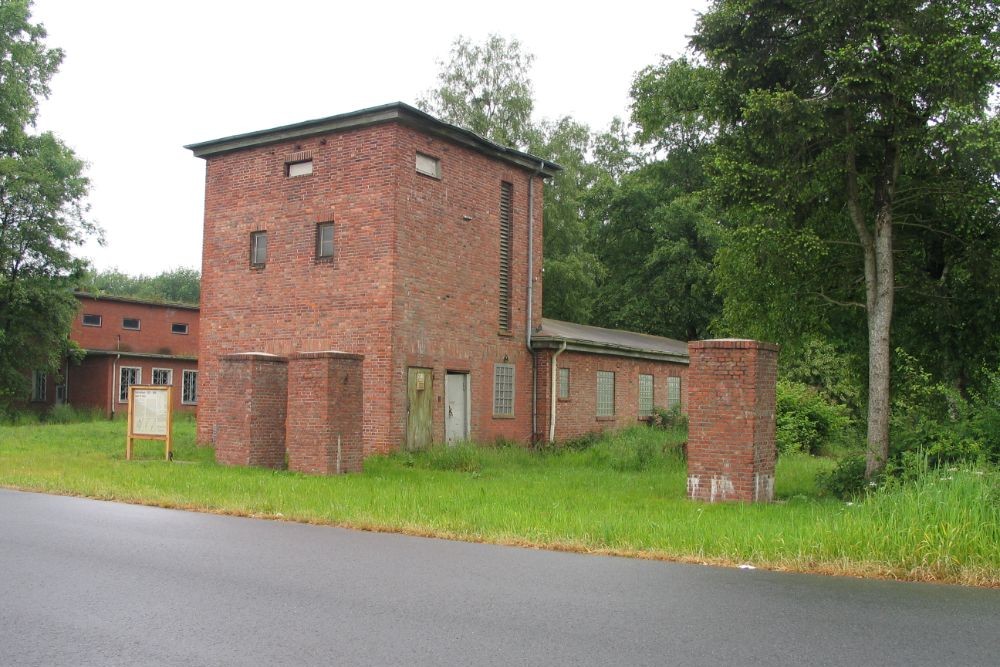 There is nothing left of camp Emslandlager XII (Dalum), except the cemetery (Kriegsgräberstätte) which contains 49 individual graves of Russians and between 8000 and 16.000 Russian casualties in mass graves. 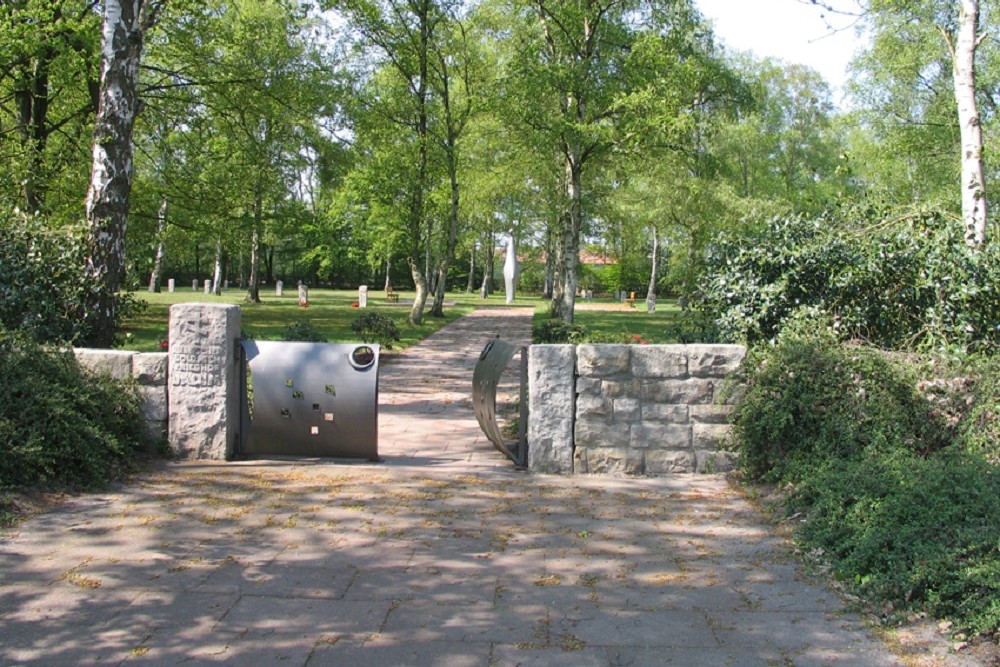