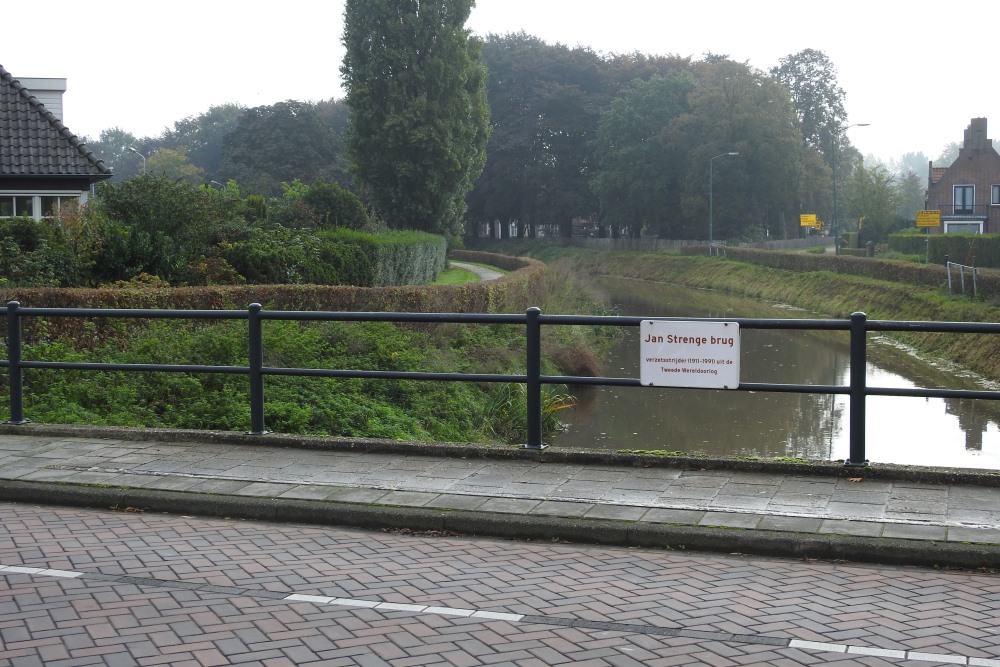 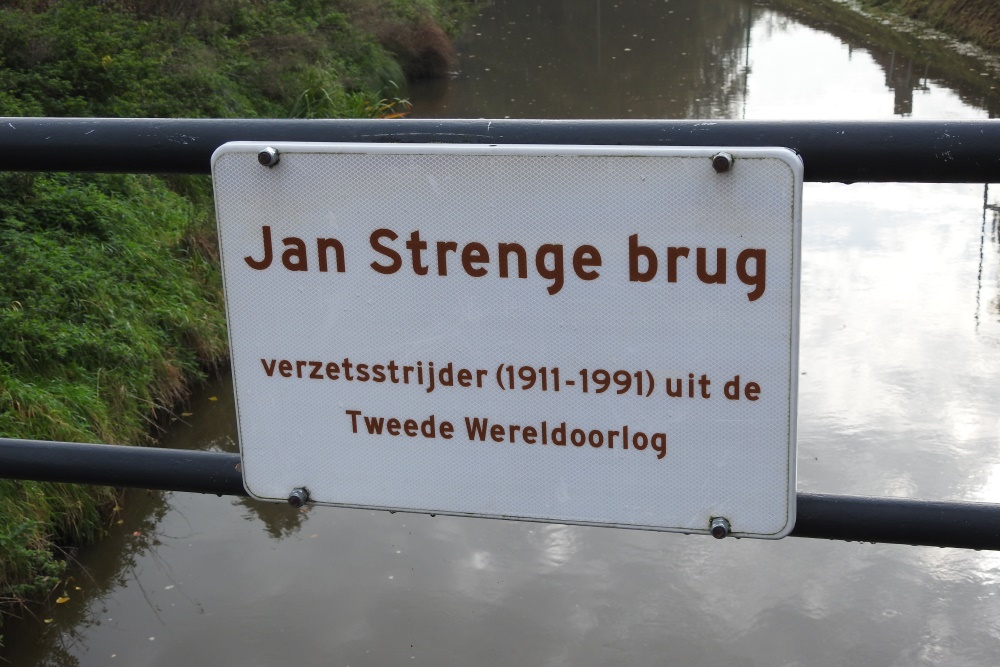 This bridge in Waspik is named after the Resistance Fighter Jan Strenge from Waspik. Jan was a member of the resistance group André, a resistance group that was active in the Langstraat. His work consisted of providing shelter to allied airmen, providing illegal documents and ration cards, sending information to London and perform sabotage works to let the Allies advance easier. Due to this work "Jan Wanrooij" as his resistance name was called got his fame. He was responsible for the deactivation of German explosives under bridges in and around Waspik. One of such bridges was this bridge, where the Germans had placed 250kg of explosives under it. It was a feat that has saved many victims, immediately after the war he was regarded as a hero. He survived the war and died in 1991. The plaque on the bridge was unveiled on October 30, 2010 by the widow of Jan Strenge.