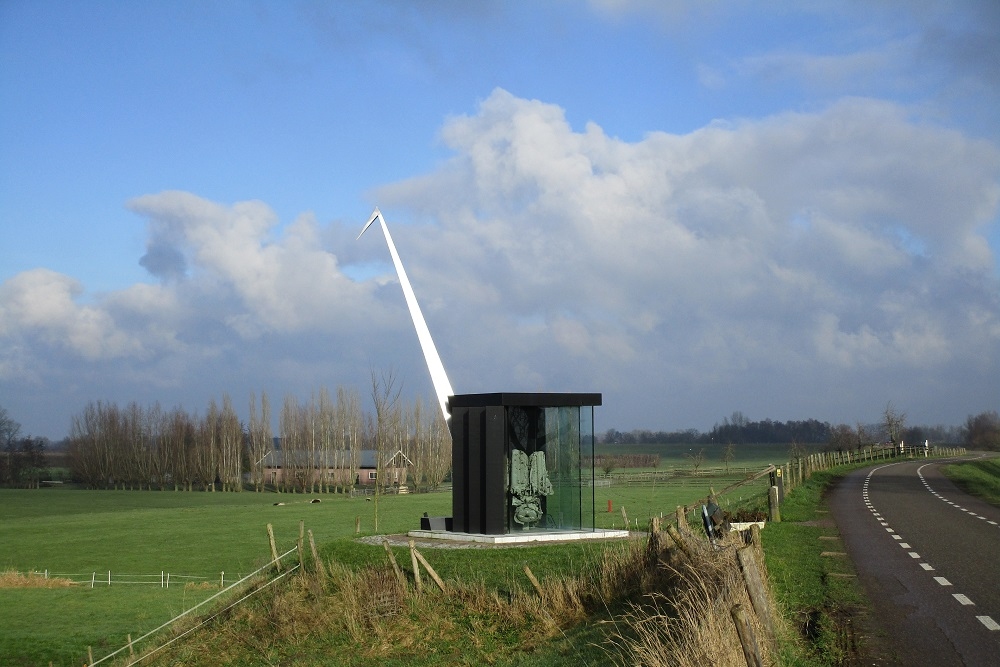 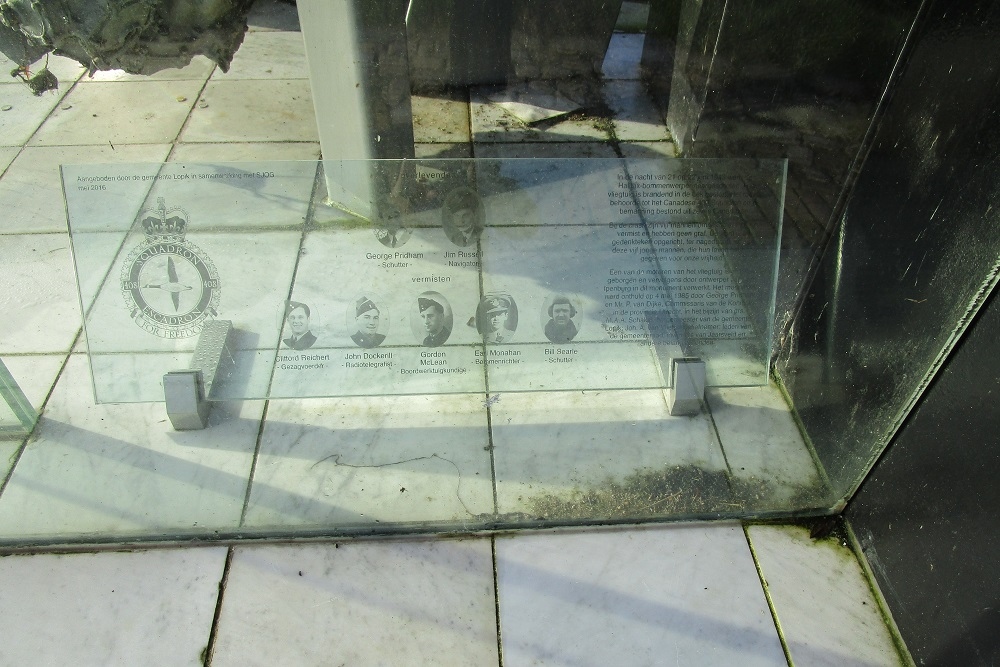 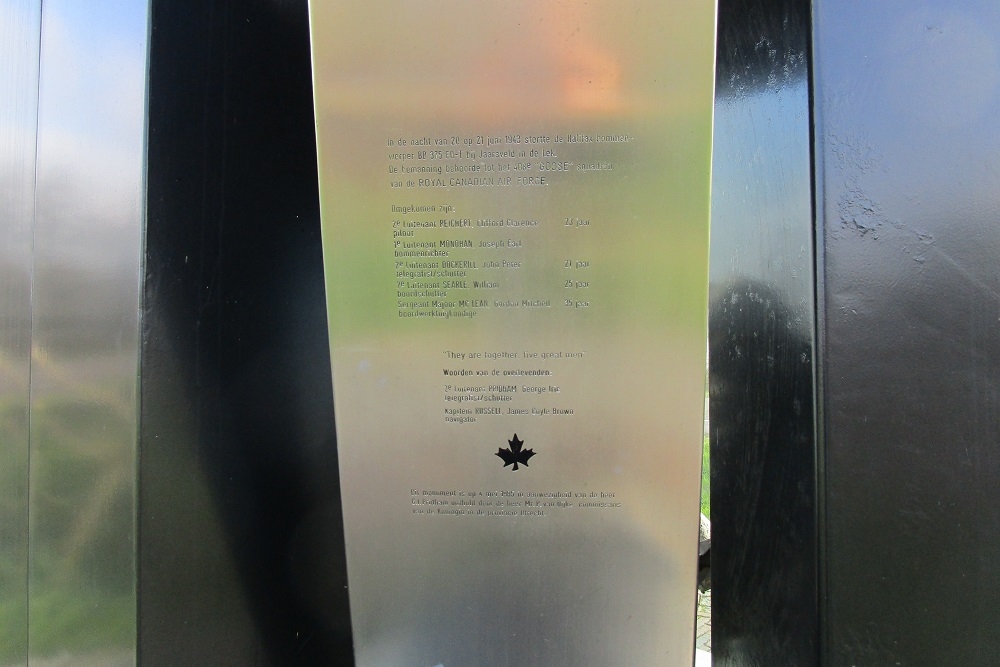 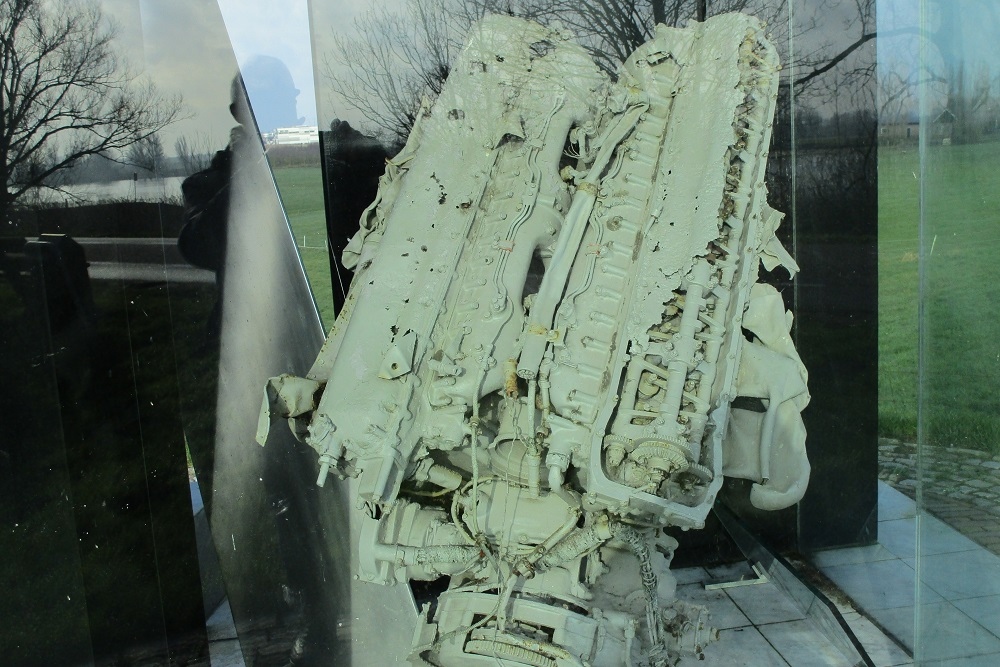 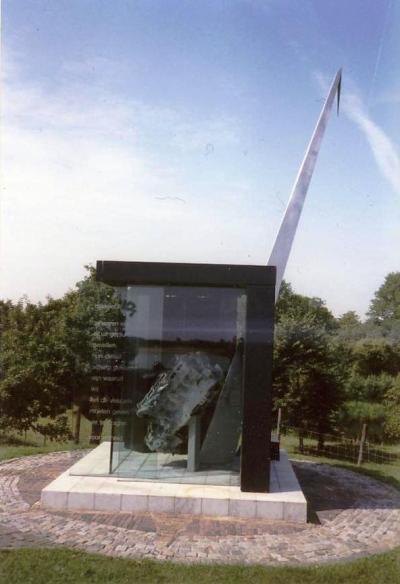 This is a Memorial to commemorate the crash of a Halifax-bomber. It has a height of seven meters and in contains one of the engines of the aeroplane.

On the backside are de names of the crew who did not survive the crash.

'THEY ARE TOGETHER
FIVE GREAT MEN'.

The text on the plaque reads:
A Halifax bomber was shot during the night of 21 to 22 June 1943. The plane has been burned in the Lek. The aircraft belonged to the Canadian 408 Squadron and the crew consisted of seven Canadians.
Five men died in the crash. They are missing and have no grave. That is why this memorial was erected in memory of these five young men who gave their lives for our freedom.
One of the aircraft's engines was salvaged in 1984 and subsequently incorporated into this monument by designer Jan van Ipenburg.