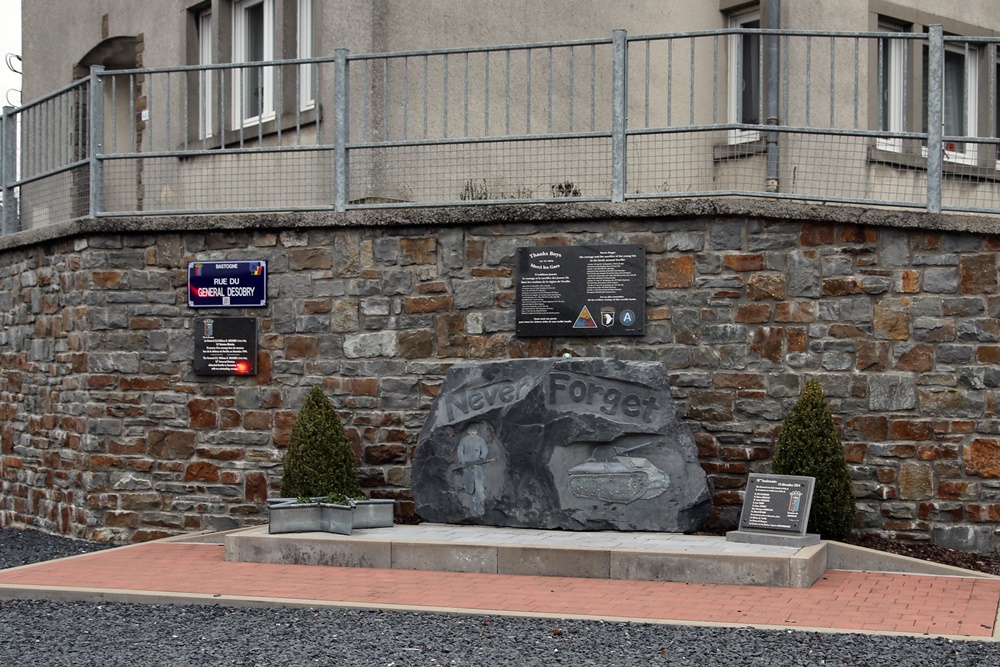 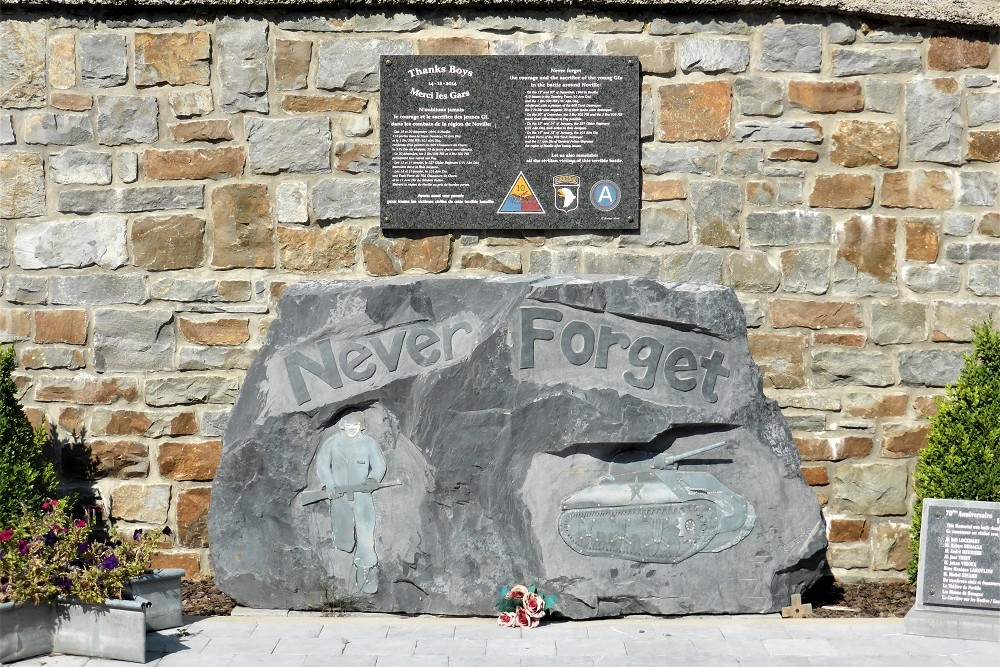 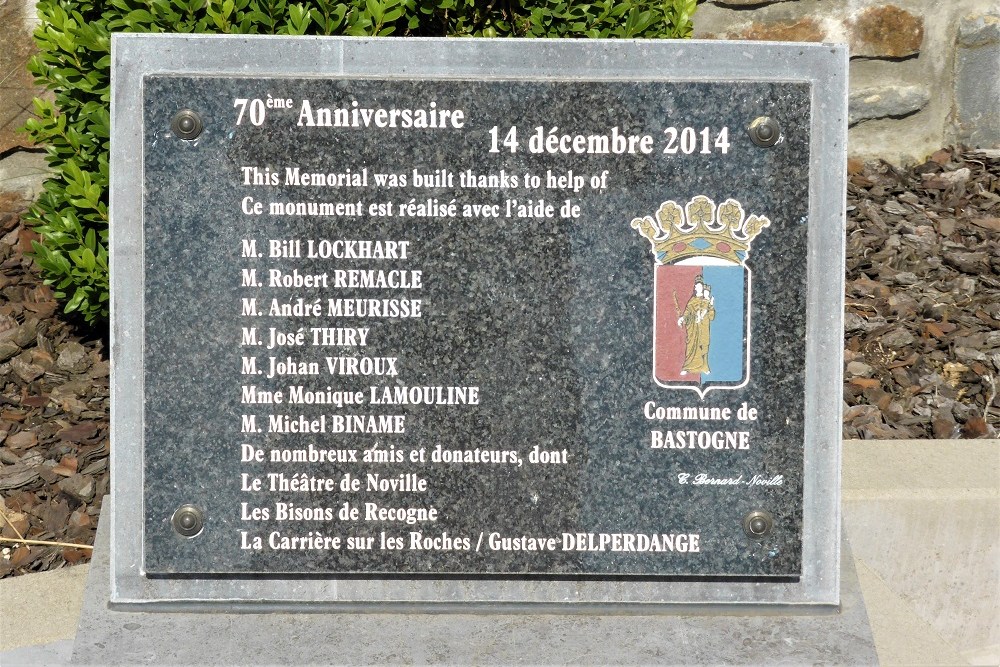 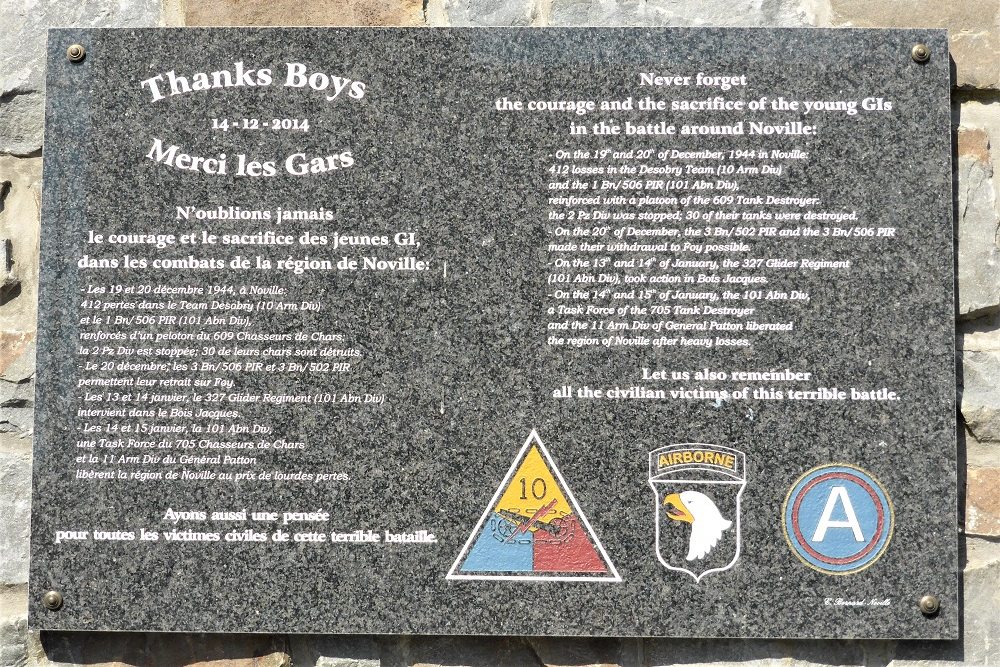 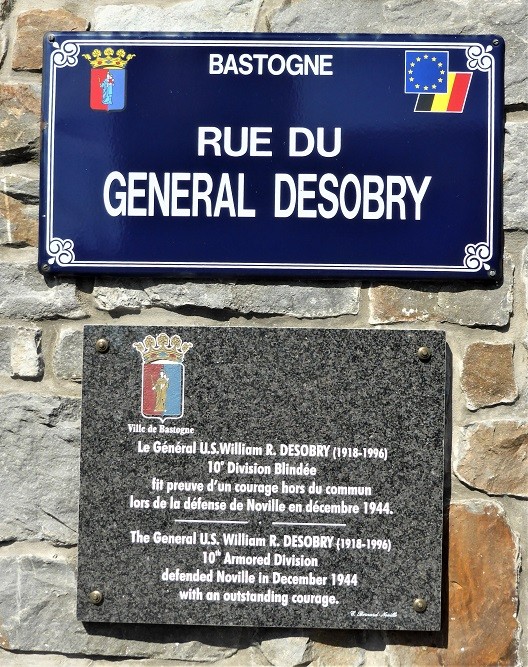 General McAuliffe ordered the 1st Battalion, 506th PIR, 101st Airborne, commanded by Lt. Col. James L. LaPrade, to proceed immediately to NOVILLE to support the 20th Armored Infantry Battalion. LaPrade arrived at the CP of the 20th AlB at 1130, 19 December 1944. The remainder of the 1st Battalion marched into NOVILLE at 1330. The 3rd Battalion of the 506th was ordered to FOY on the afternoon of the 19th and the 2nd Battalion was held in reserve.