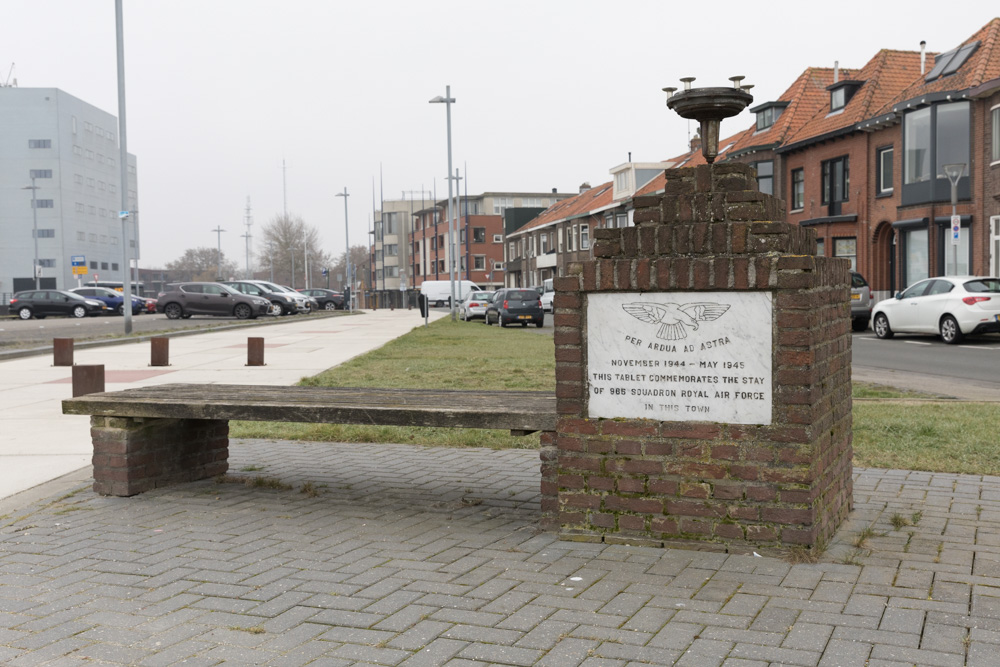 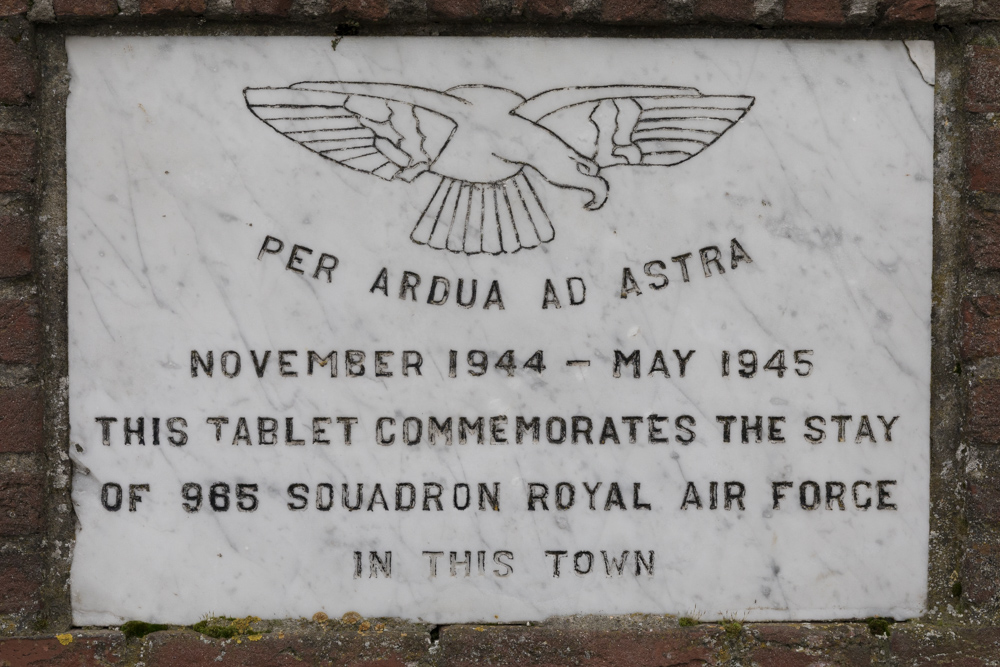 A plaque, in memory of the residence of the British RAF 965ste squadron of Terneuzen in November 1944 to May 1945. A barrage balloon-called squadron.

Because there different mine-raids and air attacks were carried out by the German Luftwaffe, this regiment had to protect the Westerschelde with cable balloons against air attacks in the aftermath of the Battle of the Scheldt.

The plaque is placed in a pedestal of bricks on the left with a wooden bench.

On the plaque is the emblem of the Royal Air Force to see and a Latin text:
"Ad Astra Per ardua"
"By fight until victory"

On top of the pedestal is a Philips (Terneuzen) - on the basis of an official drawing - a counterfeit reduce valve. The valve resembles a inflating valve by which the cable balloons were inflated.
The dispenser for cable balloons stood by the former ferry harbour.

The plaque was originally placed in the facade of the office of Provincial Steamboat Services. This office was demolished because of the termination of the ferry Terneuzen - Hoedekenskerke and the enforcing of the dyke in 1972.
In 1979, the city after a proposal of Public Works decided to place the plaque in a plinth, near the original site, after keeping it for seven years in the warehouse of Public Works.

The monument was unveiled by Wing Commander-R.F. Mudge Air Force attache in the Netherlands for England on November 27, 1979.
The memorial is a gift from the Royal Air Force.