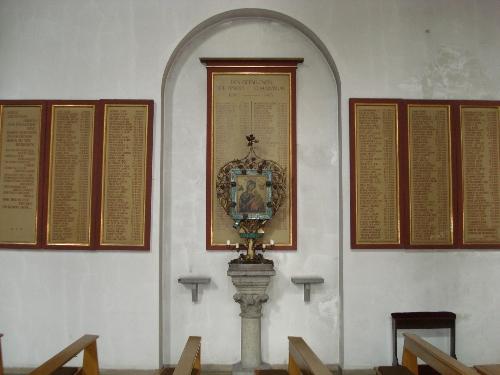 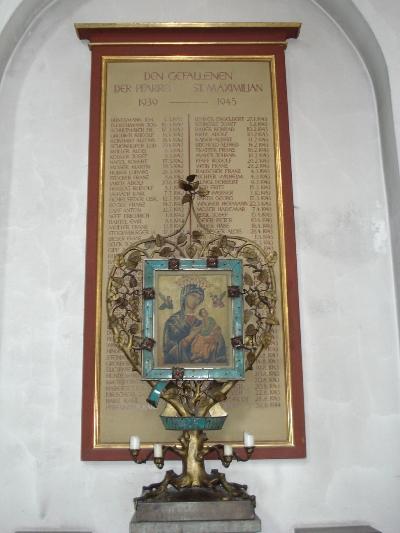 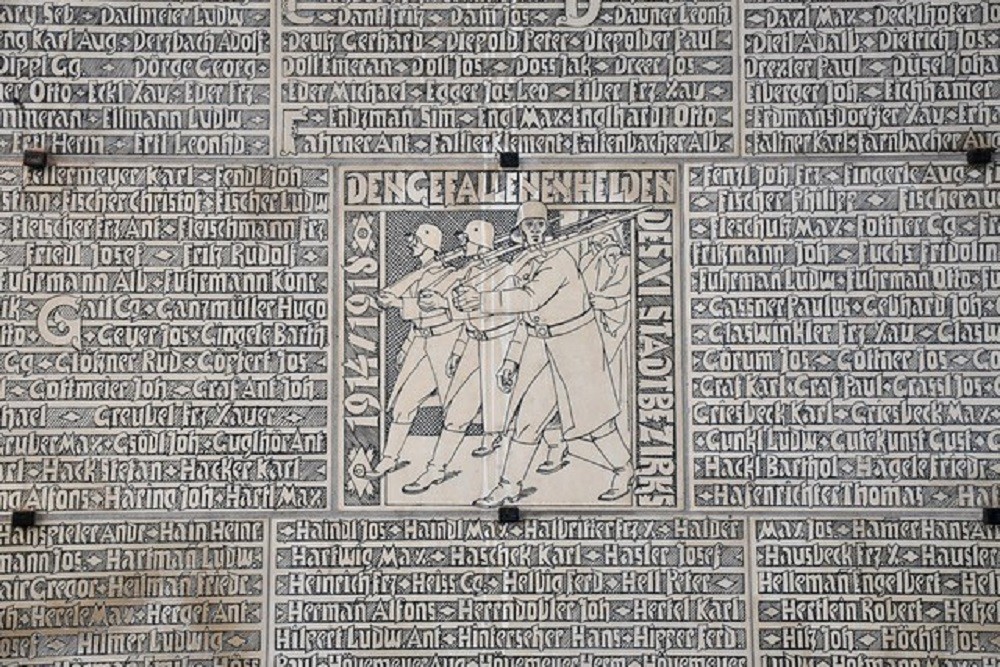 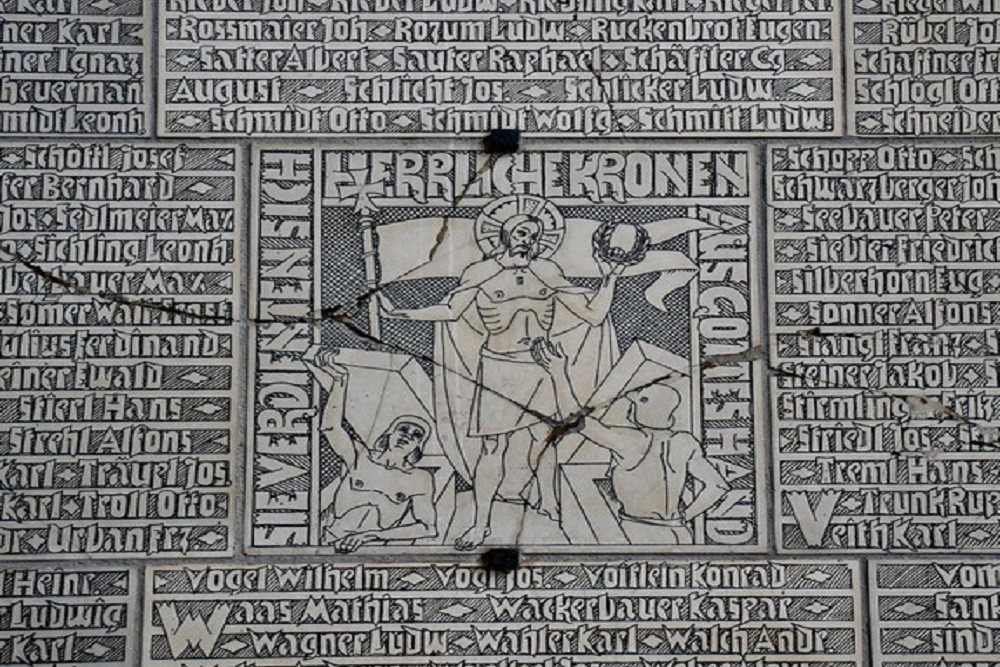 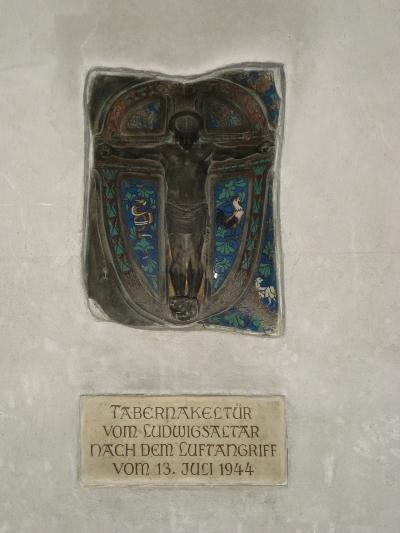 This memorial commemorates the members of the parish who were killed or missing in World War I and World War II.

In the St. Maximilian Kirche are memorial stones for the fallen soldiers in the First World War. The church was destroyed in an aerial bombing on 13th July 1944. After the building of the church, the broken remains of the memorial stones were placed again. The fractures remain visible to form a lasting memory of World War II.

There are still some remnants of the damage in the church, like relics, pictures and the damaged memorial for World War I.