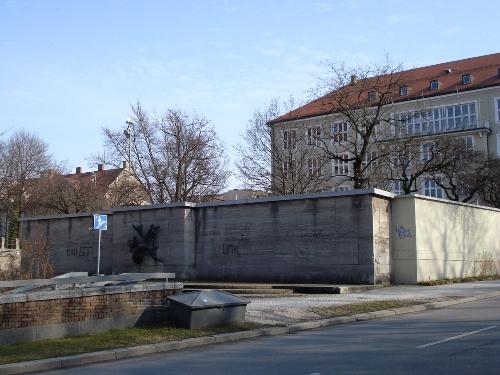 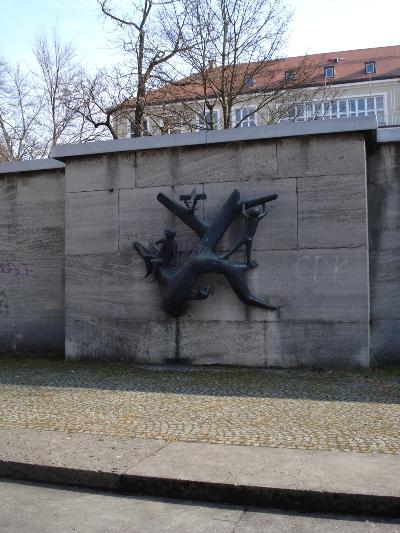 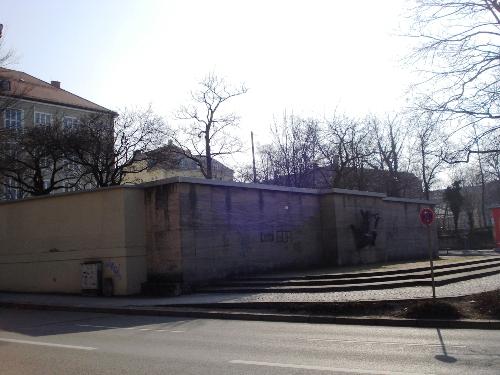 In May 1942, on this location a memorial was erected by the National-Socialists to commemorate a battle, in May 1919, between the Freikorps (a post-World War 1 right-wing organization) and local communists.

After the war, the memorial was removed, but the foundations remained. There is now a memorial to commemorate the victims of the National-Socialists.